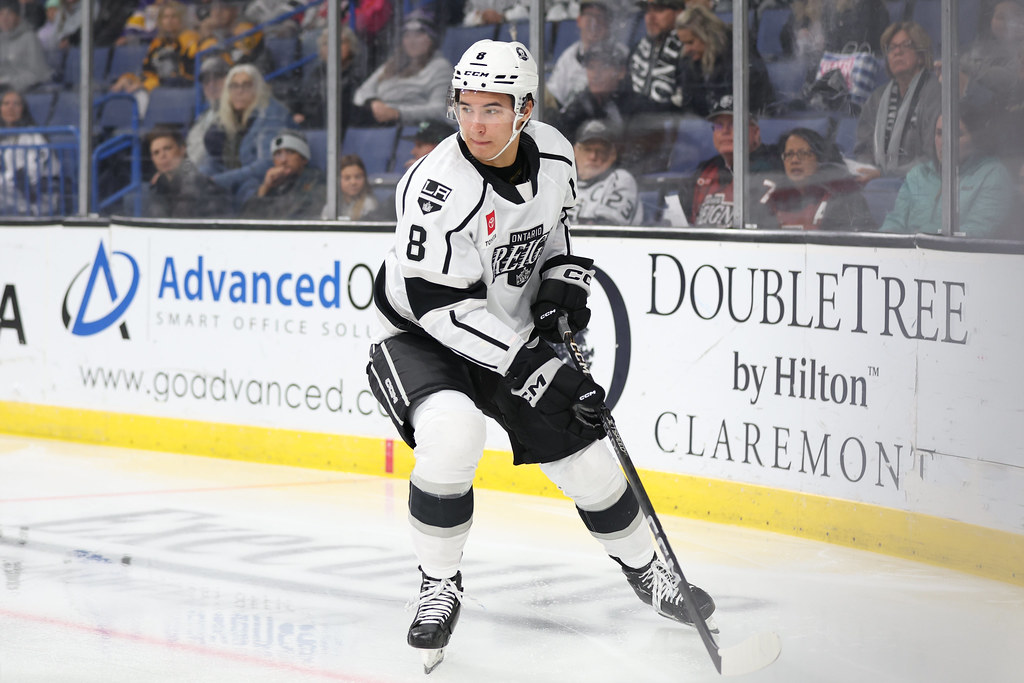 Ontario Reign forward Martin Chromiak has started to find his groove as he has eight points in his last six games.

After starting his first 13 professional games without a goal, Martin Chromiak has now caught fire. It all started with recording his first professional goal in an Ontario Reign 3-2 shootout victory. Since then we have seen the confidence of Chromiak continue to grow and it has paid off.

We’re starting to see Chromiak do the little things and get rewarded. At the start of the season, you could see he was still getting used to the transition from the OHL to the AHL. All it takes is one goal to get you going. That is exactly what’s happened with Chromiak. In three games last week, Chromiak recorded five points and even registered a three-point game against the San Diego Gulls. It was his first multi-point game.

Martin Chromiak (@OntarioReign) recorded a goal and two assists tonight in #SDvsONT for his first multi-point game in the AHL. pic.twitter.com/dSsjKzGm3H

During his six-game point streak, Chromiak has registered 18 shots on goal while he recorded 22 shots on goal in his first 13 games. He has found his groove, his confidence is growing, and is slowly adjusting to the AHL. His slow start is similar to a struggling three-point shooter in the NBA or an MLB hitter. Once that three-point shooter or hitter makes that one basket or gets that one hit, they start to find a rhythm. We have seen that with Chromiak over the past week. And guess what, he is only going to get better.

It’s reasonable why Marco Sturm started Chromiak in the bottom six when he made his debut because he didn’t want to throw him into the fire right away. In Tuesday’s game against the Eagles in the third period, Sturm made a switch to the lines that caught my eye. That switch involved moving Chromiak up to the first line and dropping Taylor Ward to the third line. Although the switch was short-lived it showed Sturm rewarded Chromiak with a taste of top-line action for his recent play. Wednesday’s game also saw Chromiak bumped up from the second power-play unit to the first unit in Samuel Fagemo’s spot as Fagemo was out of the lineup.

With Turcotte and Fagemo called up there is an open spot in the top 6 in Ontario. Perhaps the player to fill that void is Martin Chromiak. He has eight points in his last six games. #ReignTrain

Just recently the LA Kings called up Alex Turcotte, Samuel Fagemo, and Tobias Bjornfot from the Ontario Reign. With both Turcotte and Fagemo both called up, there is now an open spot in the top six. Could Chromiak be that player to fill in the void? Strum has used Alan Quine at center and he could do that again. With Chromiak being on fire and a spot on the second line at right wing open it makes sense to give it try. If he does move up to the second line, he most likely will be paired with Alan Quine and Tyler Madden. After all, he has earned a shot at top-six minutes.