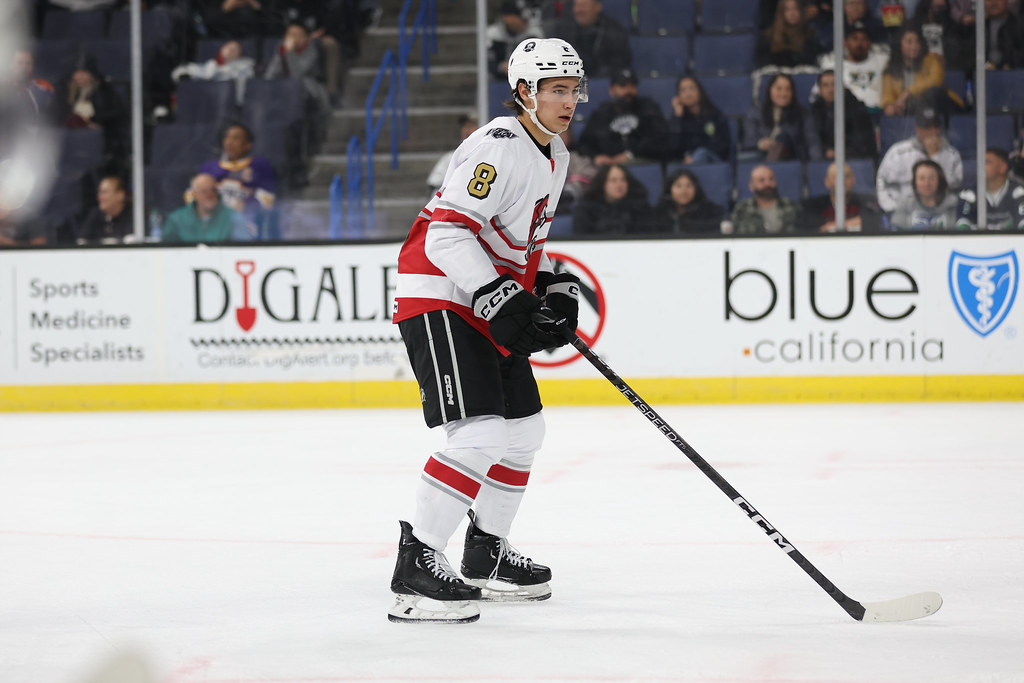 Max McCormick wins it for the Firebirds

It was a back-and-forth game just like the first meeting, in which Coachella Valley won 7-6 back in December. Last night was a similar one between these two clubs again. For the second straight meeting, these two clubs would need overtime to declare a winner. There was only one shot on goal in the overtime, and it came on a wraparound from Coachella Valley’s captain Max McCormick, which ended up in the back of the net.

CAPTAIN GETS THE HAT TRICK AND FIREBIRDS WIN pic.twitter.com/hzLx0Jjavc

The Firebirds controlled possession the whole overtime and didn’t let the Reign get one shot attempt. The goal by Coachella Valley is a shot Cal Petersen has to save and I’m sure he would like to have that one back as well, but it can’t go in. The goal completed a hat trick and a four-point night for Max McCormick, his 7th point in three games against Ontario.

Martin Chromiak is on fire

Martin Chromiak is absolutely on fire. Chromiak extended his six-game point streak to seven games with a dominant night. Chromiak recorded his first professional hat trick, including two on the power play.

Just a little whoop – then a little hyup – end with a doink#ReignTrain | @socalgas pic.twitter.com/nm96ruYa4e

Ironically, Chromiak’s seven-game point streak started against the Firebirds two weeks ago where he recorded his first professional goal, and last night he recorded his first professional hat trick against the same team. All three of his goals showed how much of a good shot he has. During this seven-game point streak, Chromiak has registered seven goals and four assists for eleven points. Unfortunately, Max McCormick for the Firebirds matched his hat trick with one of his own, including the winner in overtime. A dueling hat trick is rare, but we saw one last night.

The Ontario Reign will always have a rivalry with the San Diego Gulls, and it will always be their biggest rival. However, one is brewing with Coachella Valley. All three games between these two clubs have been decided by one goal with two games needing overtime or a shootout to decide a winner. All three games have had a great crowd with the energy being like playoff hockey, not to mention these two teams are separated by 87 miles from each other.

San Diego may be the Ontario Reign’s biggest rival, but the Coachella Valley Firebirds are starting to become a close second. These two teams meet five more times, so we could be in for some great hockey. Their next matchup is on February 17th in Ontario.

UP NEXT: The Ontario Reign hit the road for a three-game road trip with the first game being on Tuesday, January 24th in Calgary against the Wranglers. The game starts at 6 PM PT and can be seen on AHLTV.