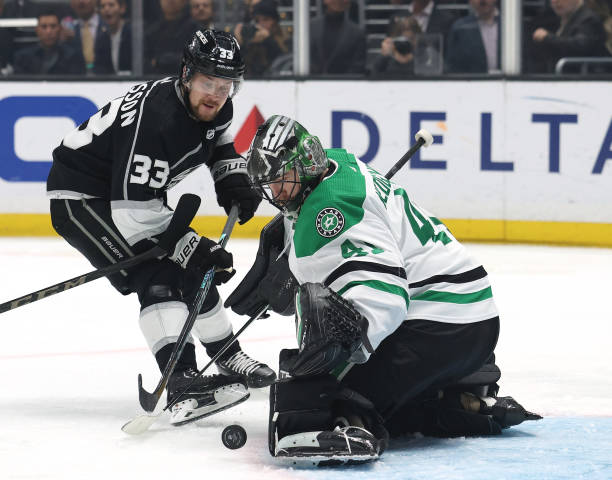 A horrible first period was too much to overcome as the Dallas Stars blank the LA Kings to snag first place in the Western Conference.

Here are the three takeaways from Thursday’s 4-0 loss

Last night was a classic example of the rest versus rust debate. Personally, I don’t think the four days off had anything to do with last night’s play. The answer is simple, the Dallas Stars were the better team from start to finish. There was no energy from the Kings, the passes weren’t sharp, and Dallas’ top line again did some damage. With Roope Hintz out with an injury, Tyler Seguin took his place on the top line and they didn’t miss a beat.

The top line for Dallas combined for six points, half of those were from Seguin. Also, Dallas was coming off a first night of a back-to-back in which they blew a 3-0 lead to San Jose, and they still looked like the fresher team. There’s no excuse for the Kings’ play last night, they were just bad and Dallas came in and took two points, and got great goaltending from Scott Wedgewood.

Problems in the crease?

Pheonix Copley is a feel-good story for the season he is having, but let’s be honest, if LA wants to make a deep playoff run or win the Stanley Cup, they definitely will need an upgrade at goalie. Copley has given the Kings average goaltending this year and that is what they needed given how Cal Petersen and Jonathan Quick have played. The goaltending woes came up again with Copley’s poor performance in the first period. Out of the three goals Copley let in, two were shots that could’ve been stopped.

Reasons to smile: this 👇

Are those goals Copley would like to have back? Absolutely. Everyone has their off nights. But, what if Copley has a few more of these? That is the million-dollar question. If Copley starts to slide then the goaltending, which has been a major issue all season, can cause the Kings to miss the playoffs. I’m not praying for Copley’s downfall here, it’s a situation that needs to be taken care of. For now, the Kings will need to hope their goaltending doesn’t let them slide further in the standings.

UP NEXT: The LA Kings will hit the road for a six-game road trip. The first game of the road trip will be Saturday in Nashville against the Predators. The game starts at 5 PM PT and can be seen on Bally Sports West.