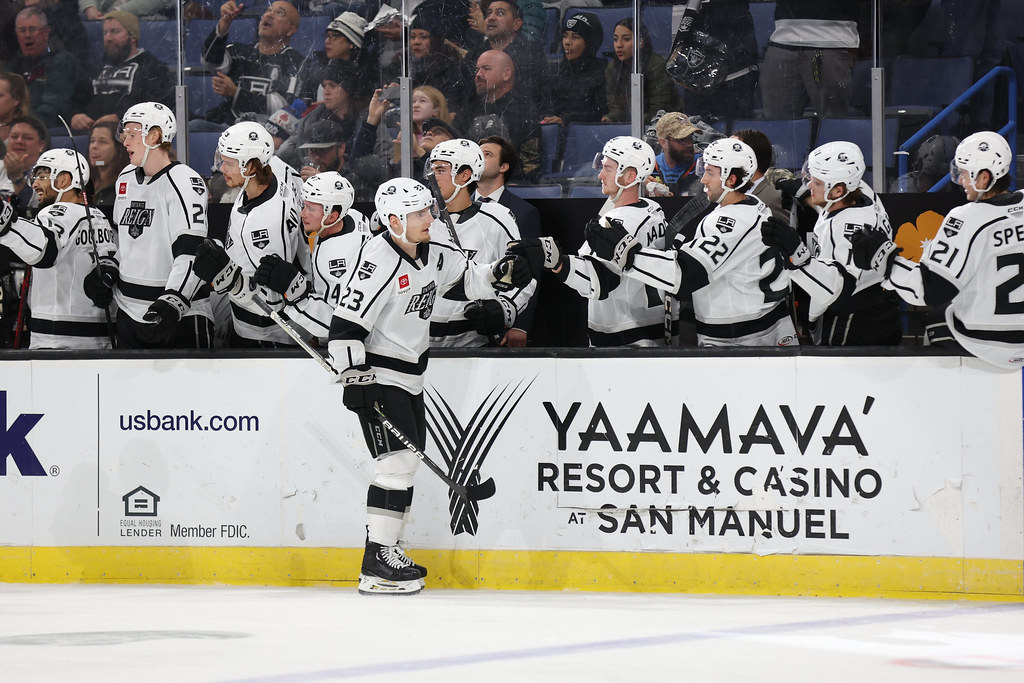 The Reign started off the week with a 6-3 win against the Silver Knights on the road, followed by a weekend sweep against the San Diego Gulls.

Another week has passed, which means it’s time for our three stars of the week segment. Plenty of players could have cracked the list, but we can only pick three. This week’s honorable mentions included Nikita Pavlychev, Tyrell Goulbourne, Samuel Fagemo, TJ Tynan, and Austin Wagner.

For Pavlychev, it was his first goal with the Reign since being called up from the ECHL’s Greenville Swamp Rabbits earlier in the week.

As for Goulbourne, he recorded his first fight and goal as a member of the Reign in their 3-1 victory over the Gulls.

As for Fagemo, Tynan, and Wagner, they each recorded three points during the week.

Here are the three stars of the week:

That is up, up, down, down, left, right, left, right, B, A and Start on the controller folks#ReignTrain pic.twitter.com/9VwphotsXK

His three goals during the week gave him 12 on the season which now leads the Reign, and his four points now give him 23 points on the year which is tied for second on the team with Jordan Spence. He is the third star of the week.

Aidan Dudas was phenomenal for the Ontario Reign this past week. Playing on the third line with Nikita Pavlychev and Martin Chromiak paid off. They were arguably the Reign’s best line during the week, especially in the two games against the Gulls. Dudas is currently on a four-game point streak and recorded his first goal since November 26th against the Tucson Roadrunners.

Dudas also added four helpers during the week as well. His five points were the most points he recorded in a week this season. He earned himself the second star of the week.

All it takes is one, right? That’s what it seems like for Martin Chromiak. After struggling in his first 13 games, Chromiak finally scored his first goal of the season against Coachella Valley prior to last week. Chromiak has now caught fire by recording five points in three games last week for the Ontario Reign.

Chromiak ended the week strong by registering a goal in each game against San Diego, as well as a three-point game in the Reign’s 5-2 victory over the San Diego. Chromiak’s struggles to start the year are similar to a three-point shooter in basketball, or a hitter in baseball. All it takes is one shot or one hit to get that confidence booster that allows a player to get on a role. The same can be said for a goal scorer in hockey. All it takes is one goal to get that player going. Let’s see if that hot streak can keep going for Chromiak this coming week. His performance week earned him the first star of the week.