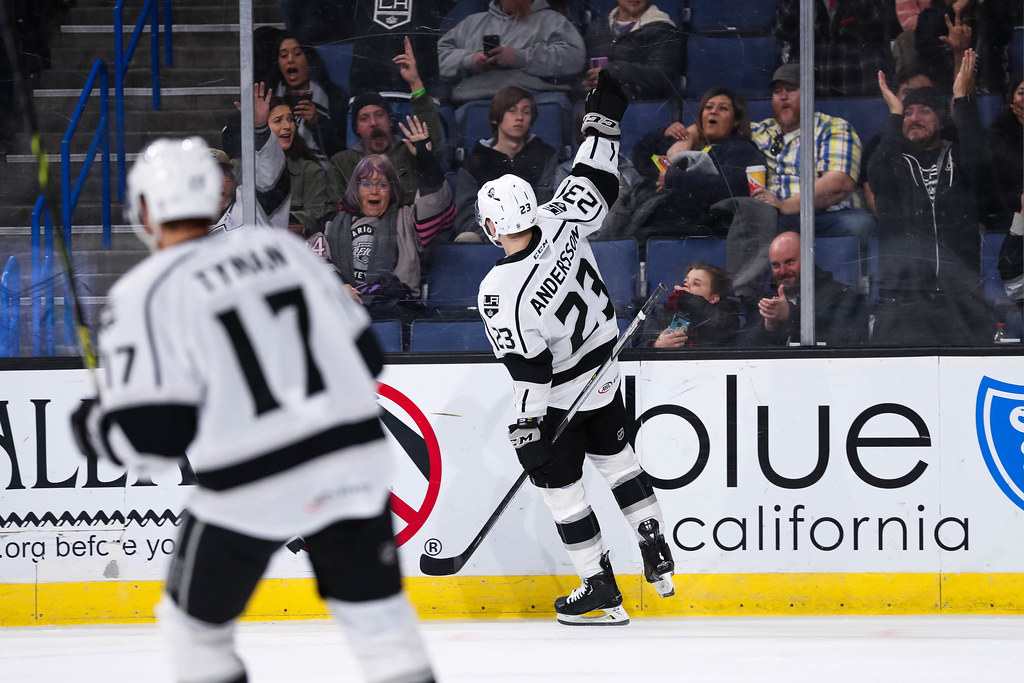 The Ontario Reign won their fourth-straight game with a 5-2 win over their division rivals on Saturday night.

Here are the three takeaways from Saturday’s 5-2 win:

For the second time this season, the Ontario Reign completed a weekend, home-and-home sweep of their Southern California rivals. After dominating the Gulls, in a close 3-1 victory Friday night, the Reign came back less than 24 hours later to complete the sweep. The Reign got two goals in a 1:14 span early in the first period and never looked back.

That is up, up, down, down, left, right, left, right, B, A and Start on the controller folks#ReignTrain pic.twitter.com/9VwphotsXK

The Reign did let up just a bit in the third period but five goals through the first 40 minutes were too much for the Gulls to overcome. They have now won four straight games.

In their 6-3 win over Henderson on Wednesday, Ontario had contributions throughout the whole lineup. Last night, the third line did all the damage. They spent a lot of time in the offensive zone, generated chances, and combined for six points on the night. After being called up from the ECHL earlier in the week, Nikita Pavlychev scored his first goal of the season on a wraparound attempt that went off of a Gulls player into the back of the net.

Aidan Dudas would score his 7th of the season on a two-on-one. It wasn’t your typical two-on-one goal as Martin Chromiak fed Dudas the puck and his initial shot got stopped by Erikkson Ek but the rebound went off the skate of a backchecking Gulls player into the net for a 3-0 Reign lead.

That’s not all. With under a minute left in the second period Dudas and Chromiak were on a two-on-one again. This time Dudas was the passer and Chromiak was the shooter who buried the one-timer for a 4-0 Reign lead.

Chromiak had three points on the night and now has points in four straight games. It was also his first multi-point game as a professional. He is starting to get comfortable after struggling early on.

It’s been an up-and-down season for the Ontario Reign. They’ve had a winning streak followed by a losing streak a couple of times, even though they played well in some of those losses. Constant changes to the lineup because of injuries or call-ups don’t help either. However, the Reign have played better of late and have gotten contributions from everyone in the lineup. That depth contribution will be needed for this upcoming stretch because seven of their next eight games will be against teams ahead of them in the division standings. They face Calgary (who they haven’t won a game against yet) three times, Colorado three times, and Coachella Valley one time in that span. It will be a good test for them.

UP NEXT: The Ontario Reign will leave California for Colorado for a two-game series against the Eagles. The first game is on Tuesday at 6:05 PM PT and can be seen on AHLTV.