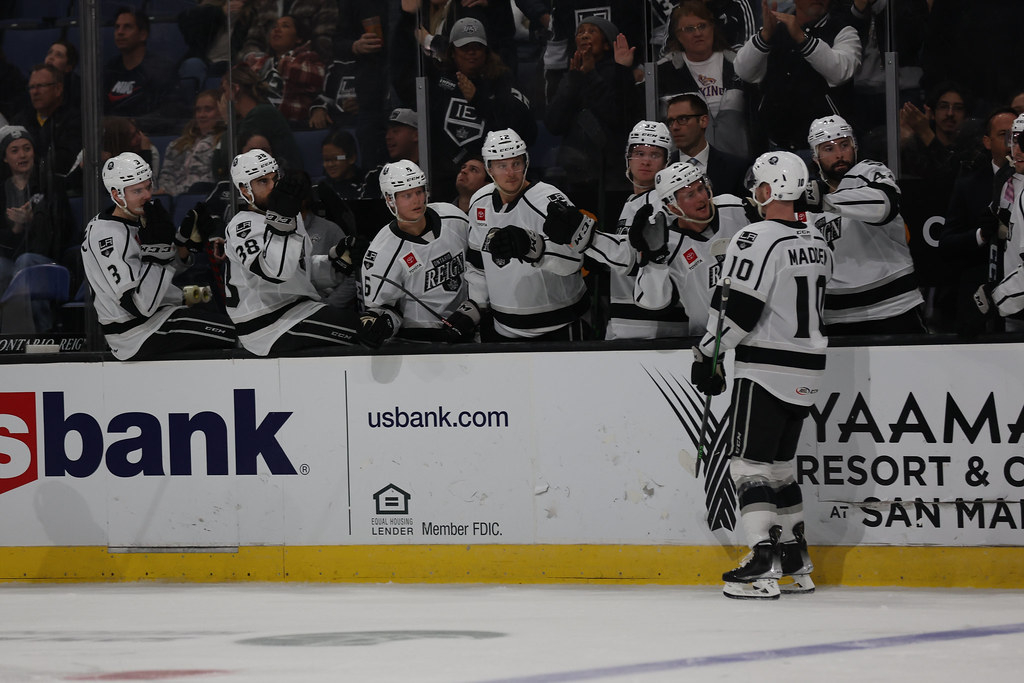 The Ontario Reign played three games last week and went 1-2-0-0 in those games, moving to fifth place in the Pacific division.

The Reign lost their first two games of the week to Bakersfield and San Jose which pushed their losing streak to six games. That six-game losing streak finally ended with a 3-2 shootout win against Coachella Valley as Lias Andersson and Alan Quine scored on Ontario’s two attempts and Cal Petersen stopped both shots he faced in the shootout.

Another week of the season has come and gone for the Ontario Reign. Which means we have another segment of the three stars of the week. Let’s see which Reign players made the cut for the week.

Chromiak is still adjusting to transitioning from the OHL to the AHL. Once he gets that familiarity expect him to light the lamp more often. Getting his first professional goal earned him the third star of the week.

What more is there to say about TJ Tynan? At this point, we’re running out of things to say. Tynan again leads the Reign in points this season and added three more to his total last week. While he may not have the insane assist numbers he had last year, Tynan is still proving his value in other categories and is leading by example for a young Reign team.

Tynan led all Reign players in points for the week with three. His play throughout the week earned him the second star of the week.

Tyler Madden had himself a good week for the Ontario Reign. Entering Friday’s game against the Barracuda, Madden hadn’t recorded a goal in his last 13 games and only had four points in that span. It’s been a disappointing season for the 23-year-old so far this season. However, Madden had arguably his best week of the season.

A beauty on the breakaway by Madden has us in front! pic.twitter.com/gnWDQ1PVjt

Madden recorded two goals during the week, both on special teams. The first one came on the power play against San Jose while the other came against Coachella Valley short-handed. Let’s see if those last two games, where Madden scored in back-to-back games, can get him going. He was the first star of the week.