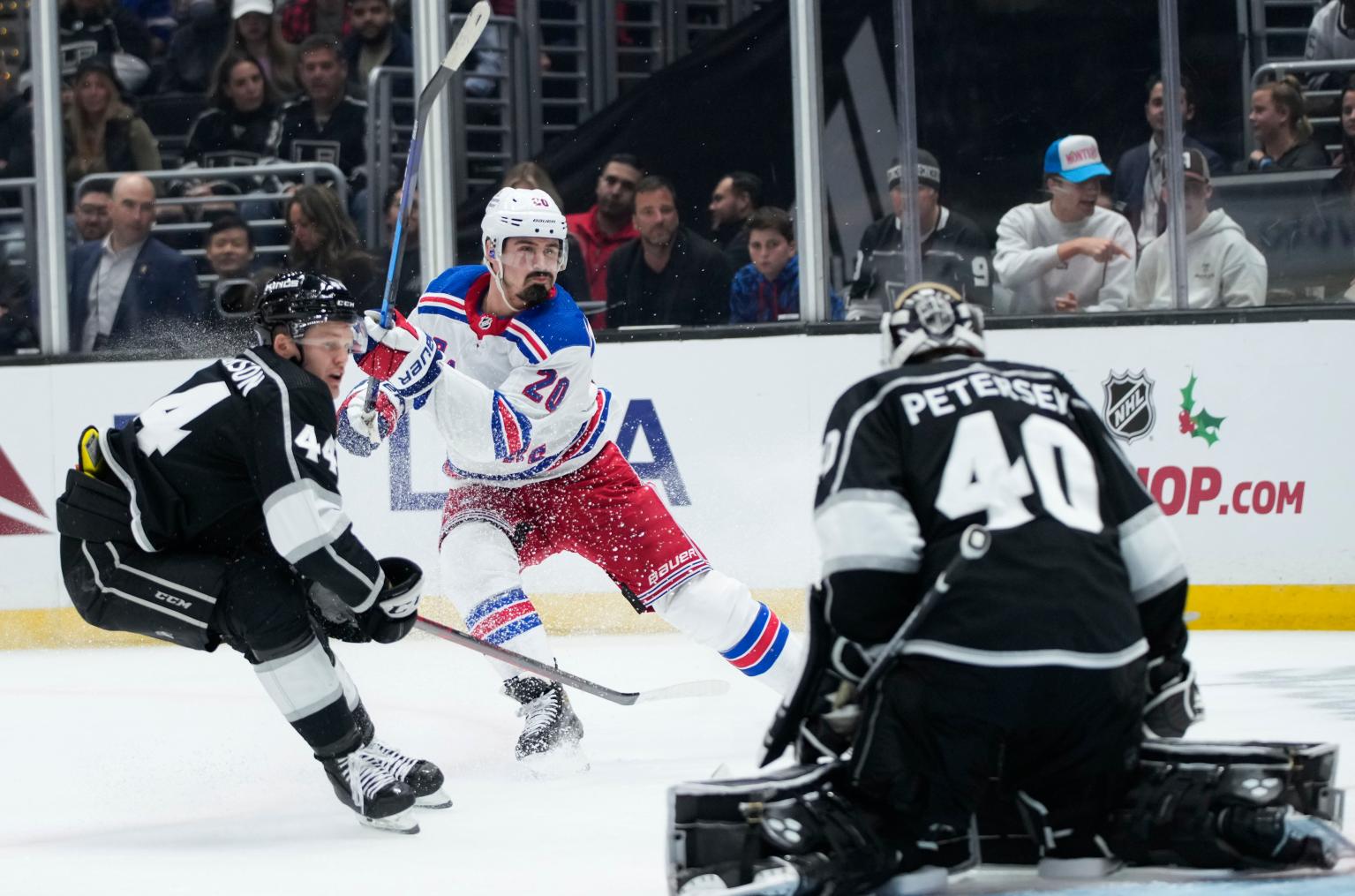 The LA Kings have had their weirdest start to an NHL regular season in quite a few years. The 2022-23 season now sees the Kings move into a record of 11-9-2, which happens to be a .545-point percentage through 22 games. The statistics look middling, but it’s felt like the Kings have been more sinister than the record shows.

We’ve seen LA go through inexplicable ups and downs. And it all began with the Sean Durzi giveaway in the season’s first game.

Since then, the LA Kings have gone on multiple winning and losing streaks. It’s been all over the place. For illustration, they beat the Edmonton Oilers 3-1 in a gutsy and prevailing fashion, shutting down players like Connor McDavid and Leon Draisaitl. The next game in Vancouver saw the Kings fall in the hands of the Canucks, 4-1, playing arguably their poorest game of the season. This inconsistency has become normality with this team since the start of the season.

Even though the issues remain invariant and the situation looks obvious, the LA Kings continue with their campaign without any drastic changes. At most, Todd McLellan and the coaching staff have tried shifting around the lines and trying new looks on the powerplay, but the basis of it remains the same as it did on opening night.

Most notably, the LA Kings’ goaltending has been the talk of the town. The duo of Cal Petersen and Jonathan Quick is ranked as one of the worst tandems in the NHL.

Petersen and Quick sit at sub-900 save percentages, with both required to play satisfactorily. Kings fans can recall watching both goalies let in soft goals in clutch junctures. Most notably, Cal Petersen’s goal against Chris Kreider in the most recent game against the New York Rangers.

WHAT A PLAY! KREIDER GETS THE LEAD BACK! pic.twitter.com/KJ6Srq0Cav

While goaltending persists to be an issue, another element of LA’s constant failure has been the unsettling look of defensive play. We watch players like Sean Walker and Alex Edler cause the same redundant mistakes leading to chances for the other team. Poor miscommunication and no planning in the defensive zone are the roots of the issues for the defensive core. Simply put, the LA Kings’ defensive core has taken a steep fall from last year.

Another facet that is starting to get attention enough is coaching. The powerplay remains a problem, LA yields in transition, especially in executing high-danger passes, and the team look mentally drained. The constant loss of leads in games has proven to us that, mentally, this team doesn’t have what it takes to be a championship team.

It’s crazy that the LA Kings were supposed to take a step up this year, but the team has looked like they’re stuck in 1984, playing old-time dump-and-chase hockey without utilizing modern tactics. The issues are numerous, and the irritation is evident. Simply put, the LA Kings have way too many problems. It’s astonishing that with almost 27% of the season in the books, change hasn’t transpired.

The LA Kings no longer have an excuse when it comes to schedule. The Kings have been cursed with road games so far. LA hasn’t been able to settle down. They’ve already been on the road more than any other team in the NHL not named the Arizona Coyotes. But these next two weeks will see the Kings play most of their games at home, with their next game tomorrow in San Jose. Another loss, a change might be on the horizon.

These changes can come in all sorts of ways. We could see change come via trade, call-ups, send-downs, or even a coaching change. It’s hard to imagine Rob Blake not seeing the issues with the LA Kings and not being frustrated with these outcomes.

A coaching change is undeniably drastic, but it may be the right one. The LA Kings have a group full of young players with a modernized look to every one of them. While the Kings did see utmost success with McLellan as the head coach last year, the 1-3-1 style he brings daily is one of the main issues with how the Kings have been playing. It’s easy to reprimand the players, but when none of them can match up with the coaching manner, it may be more leisurely to make a tactic change.

The NHL trade market has been spicy earlier in the season. Names like Vladislav Gavrikov and Jakob Chychrun have been on the trading block, and surely enough, the LA Kings have shown inquisitiveness. Why wouldn’t the Kings be interested in making a trade? Their defensive core needs to be better.

But the harsh reality is that a trade won’t fix the problems. And neither will a call-up from the AHL. Or even a coaching change. The losses from the LA Kings this year have been mental battles. These games require the entire team to be in pitch-perfect condition with every shift.

Calling up or trading for a goalie won’t rescue this team’s defensive issues. Calling up or bartering for a defender won’t save the subpar goaltending. The root of the LA Kings’ issues lay more profound than a simple line modification.

It’s time to acknowledge that the LA Kings have a long way to go before they become the team we envisioned them to be this season. Whether or not we want changes to happen, it’s hard to imagine they won’t. It may take time, or it may be rapid. Either way, Rob Blake knows that the team he sees in front of him requires modification. That change can’t be minuscule, either. This team needs a massive switch-up and a comprehensive reassessment. It’s time for the LA Kings to make a shakeup and set this team back on track to battling for the Stanley Cup.