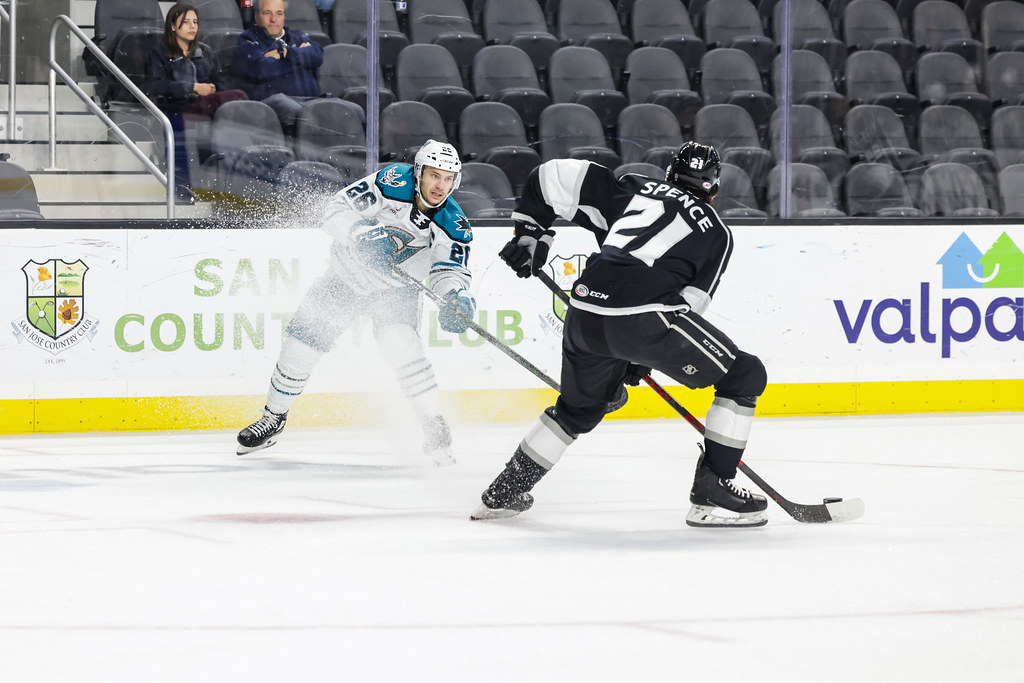 The Ontario Reign and San Jose Barracuda met for the first time this season as the Reign skated away with a 2-1 win Wednesday night.

1. The second line provides the offense

The second line for the Ontario Reign this past week has been arguably their best line. On Wednesday night, they scored two more goals and provided the only offense in the Reign’s 2-1 victory. Rasmus Kupari opened the scoring 54 seconds into the opening frame. Kupari’s goal was his sixth point in the last four games.

Well, well, well someone had their Wheaties pic.twitter.com/YtLwETFtu1

Taylor Ward would add a goal in the middle frame to give the Reign a 2-0 lead. Ward’s goal would end up being the game-winner. Alan Quine got the lone assist on both goals as the trio combined for four points and a +6 rating.

Hey @tward74 we see you pic.twitter.com/8EeXApM0jt

The San Jose Barracuda were one of the worst teams in the AHL last year. They were last in wins, losses, points, win percentage, goals allowed, and penalty kill. It was not a pretty season for them. This year, even though it’s early, they have improved in all areas.

Coming into the game, the Barracuda had not allowed a powerplay goal all season. Last night, that stat stayed intact as they killed off all six Ontario Reign power plays. There were some power plays Ontario would get no chances as the Barracuda didn’t give them any space entering the offensive zone.

The Reign win gave the Barracuda their first loss of the season. These teams are the top two teams in the Pacific division right now and could provide some good matchups for the rest of the season. They square off seven more times this year.

The Reign are loaded offensively. They can light the lamp at any given moment. The only issue heading into the season was their defense and goaltending. Last year they had problems keeping the puck out of their net at times. So far, they have done a better job defensively and have gotten great goaltending.

In three straight games, the Reign have only allowed one goal. Playing in these types of close games can help them going forward as they won’t have to rely on scoring four or five goals a game like last year.

UP NEXT: The Ontario Reign are back home on Saturday night as they take on the Bakersfield Condors. The puck drops at 6 PM PT.