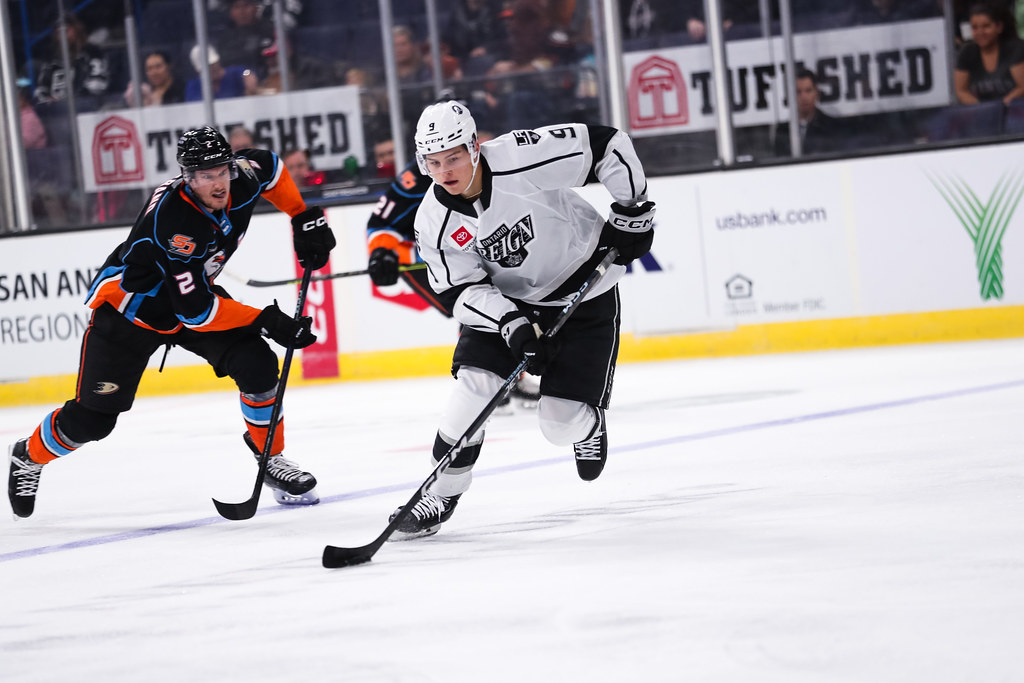 The Ontario Reign completed the weekend sweep against the San Diego Gulls with a 5-1 win on Saturday night.

It’s always good to defeat your rivals, but it’s even better when you complete a weekend series sweep over them. The Ontario Reign did just that Saturday night with a 5-1 victory getting contributions up and down the lineup. Every forward line contributed with at least one goal. The Reign, a loaded team, got multi-point games from Jacob Doty(!), Rasmus Kupari, and Jordan Spence. Aidan Dudas had goals in back-to-back games as well. With the Reign having Calder Cup championship aspirations this year, getting contributions up and down the lineup will be huge.

Rasmus Kupari shined again for the Ontario Reign. His second-period goal ended up being the game-winning goal. In three games this week, Kupari has been very active on the offensive side of the puck. He’s been leading the rush, using his speed, and driving to the net. In three games this week, he has two multi-point games after having a quiet first two games to the season. Kupari earned the second star of the game honor for his performance with a goal and an assist.

Some say it's a set play, and others say luck. We Say, Reign Lead!! pic.twitter.com/f1zaT139tU

After giving up plenty of scoring chances the night prior, the Reign did a much better job limiting the Gulls’ scoring chances last night. While Villalta didn’t face the same amount of shots Copley did the other night, he had a solid night between the pipes for the Reign as well. His only mistake was turning the puck over behind his net, which led to the only Gulls goal.

The Reign were perfect 4-for-4 on the penalty kill last night as well. The weakness for the Reign last season was the penalty kill, as they finished 27th in the AHL. So far, it has shown signs of improvement as they killed off seven of the eight penalties in the two games against the Gulls. We know the Reign can score, but can they be better in their own end? Time will tell.

UP NEXT: The Reign won’t be back in action until Wednesday when they travel to San Jose to take on the Barracuda. That game starts at 7 PM PT.