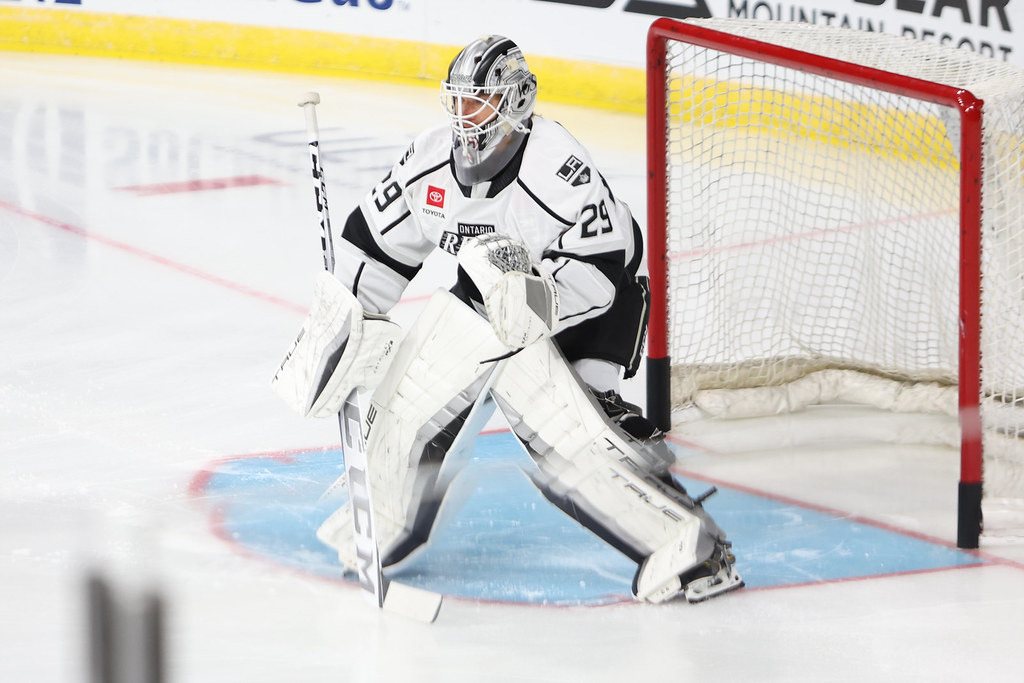 The Ontario Reign got great goaltending from Pheonix Copley in their 2-1 victory over their rival San Diego Gulls on Friday night.

If you were to look at the score, you probably think it was a defensive type of game with very few scoring chances. That is the opposite of what happened. It was back-and-forth end-to-end action from both sides the moment the puck dropped. There were odd-man rushes left and right, but neither club could solve the goalies through 40 minutes.

The second period was a goalie duel as the game opened up, and the scoring chances started to increase. San Diego’s netminder, Lukas Dostal, made some great saves, including robbing Akil Thomas on a breakaway early in the second period. Pheonix Copley, on the other hand, was peppered with shots in the last two periods. He even faced a penalty shot and came away with the save.

The goaltenders were rewarded for their efforts with the second and third star of the game honors. A great goaltending duel it was as the game was scoreless after two periods of play despite non-stop action.

It took 43 minutes for someone to put the puck in the net. Aidan Dudas opened the scoring 3:04 into the third period with his second goal of the season. Tyler Madden entered the zone and his original shot was turned aside by Dostal, but as the rebound hopped over the stick of Dudas, Madden backhanded the puck to the front of the net where Thomas made a nice touch pass to Dudas who buried it into the open net.

I had to save the best for last. Pheonix Copley was outstanding in net for the Ontario Reign. Only facing ten shots on goal in the first period, the Gulls brought the pressure putting up 21 shots on goal in the second. Copley turned away every single one of them, as well as a penalty shot.

Copley faced 35 shots in the final 40 minutes and was on the verge of having a shutout until Rocco Grimaldi’s shot just above the right circle beat him on the powerplay. In the end, Copley made 44 saves on 45 shots earning himself his second win and second star of the game honors.

UP NEXT: These two teams are back at it again on Saturday night in Ontario. The puck drops at 6 PM PT.