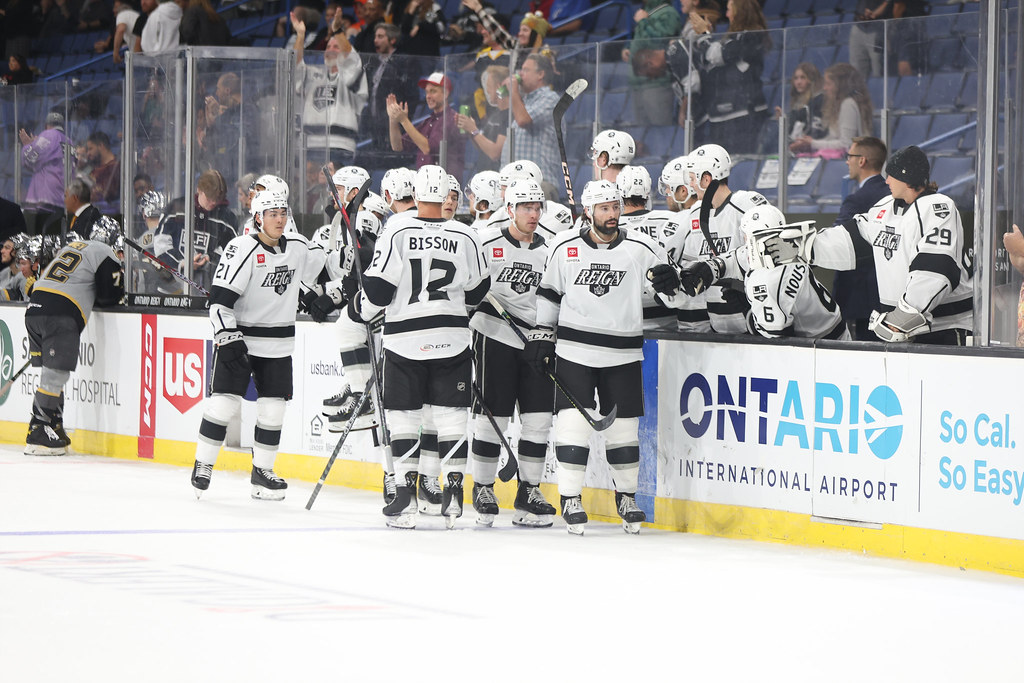 The Ontario Reign survived a late push from the Silver Knights and skated away with a 5-3 win on Tuesday night.

The penalty kill was a huge problem for the Ontario Reign last year. On Tuesday night, it came up big in the second period in a 2-2 tie. After Aidan Dudas and Nate Thompson took penalties nine seconds apart, the Silver Knights had a 5-on-3 for 1:51.

During the 1:51 of the 5-on-3, the Reign did an excellent job of not allowing any shots on goal. They only gave up two shot attempts as one of those attempts hit the post. After killing off both penalties, Akil Thomas scored a goal less than two minutes later to give the Reign a 3-2 lead heading into the second intermission.

The Reign were perfect while short-handed, killing off all four penalties on the night. It’ll be important for them to keep improving in that area as the season moves on.

Both Rasmus Kupari and Tyler Madden had great performances. Kupari had three points, while Madden had two. Through the first two games, I noticed Kupari wasn’t driving to the net as much as he did in his stint with the Reign last year. On Tuesday night, he looked more noticeable and was driving toward the net. A great example of that came when he set up Alan Quine for the fourth goal of the game for the Reign.

Kupari also chipped in with a goal of his own while on the power play.

Madden had a great game himself. Playing on the third line with Akil Thomas and Aidan Dudas, Madden was flying all over the ice and creating chances. Madden got the goal-scoring started as he scored an unassisted short-handed goal giving the Reign an early 1-0 lead.

Three stars of the game

Goaltender Matthew Villalta, who made his season debut, came up with some big saves when he needed to. Head coach Marco Sturm had his third line out there in the final minute protecting the 4-3 lead. The five players on the ice in the final minute didn’t give up any dangerous chances, as Nate Thompson would end up sealing the win for the Reign with an empty net goal.

INTO THE EMPTY NET NATE THOMPSON SEALS THE DEAL!! pic.twitter.com/yV1ilmVUfp

UP NEXT: The Ontario Reign travel to San Diego to face the Gulls on Friday night. The puck drops at 7 pm PT and can be seen on AHLTV.