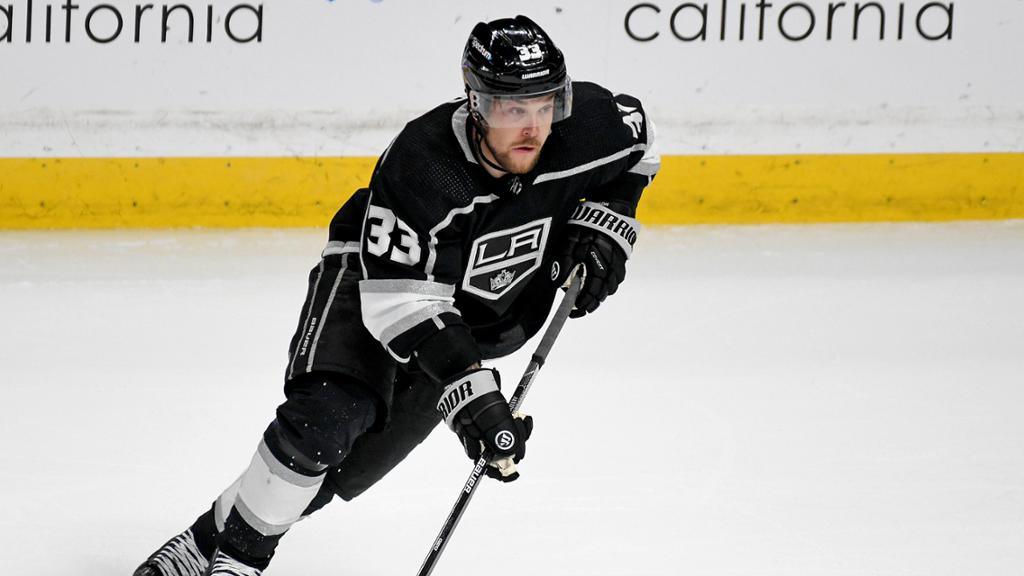 After a 5-4 overtime win in Detroit on Monday, the LA Kings are in Nashville to take on the Predators on Tuesday night.

The Kings (2-2) will try to make it three straight after starting the season 0-2. Conversely, after winning both games of the NHL Global Series against the San Jose Sharks in Prague, the Preds have dropped both games on North American soil by 4-1 and 5-1 scores to the Dallas Stars.

The Kings suffered two injuries on Monday, one of which could be a longer-term one. Alex Iafallo left the game without putting weight on his left leg. There won’t be a full morning skate on Tuesday, so we won’t know until warm-up who will slot in if Iafallo is indeed out. Arthur Kaliyev was a healthy scratch on Monday and should draw back in.

Another injury was on the blue line when Alexander Edler took a puck off the face in warm-up. That led to Sean Walker being put back into the lineup, and he and Brandt Clarke had an impressive 95.3 xGF% and 66.7 CF% in their 9:09 of 5-on-5 play. It seems like he could be good to go tonight, but keep an eye on any news here.

Cal Petersen wasn’t great in his season debut, but Jonathan Quick has also given up 11 goals in three games. With the latter starting on Monday, expect Petersen to play Tuesday.

Nashville’s forward group is going to lean on its big guns, namely Filip Forsberg, Matt Duchene, and Ryan Johansen. Offseason acquisition Nino Niederreiter and prospect Eeli Tolvanen are looking to solidify the second line in Smashville. The good news for the Preds is everyone in their top six has multiple points on the young season.

Roman Josi headlines a solid defense group. He’s able to lead their top pair while another offseason acquisition, Ryan McDonagh, brings some veteran stability along with Mattias Ekholm on the second pair. It’s a good group, with bruiser Mark Borowiecki bringing the physical play on the third pair.

Between the pipes, Juuse Saros is among the best, though it hasn’t gone too well for him early on. The Finnish netminder is 1-2 with a 3.09 goals-against average and a .889 save percentage.

One of the issues at 5-on-5 for LA is they simply aren’t playing a lot of time there. Among teams that have played four games, the Kings have played the fewest 5-on-5 minutes. They lead the league in both power play opportunities and times shorthanded.. They haven’t really been able to settle into their system at even strength. Compounding things is the Special Teams has not been good (again). The power play is just 3-for-18 (16.7%), good for 20th in the NHL, and the penalty kill is just 71.4% on the season (24th).

It’s been an uncharacteristic start for the normally structured LA Kings. They have allowed the most shots on goal and the most scoring chances against in the NHL at 5-on-5.

Nashville are home favorites, and DraftKings offers the best number at -155 (60.8% implied probability). There are certainly some factors going their way in this one. They’ve had a couple of days off, the Kings are playing the second of a back-to-back, and, really, Nashville has probably earned a better than 2-2 record. Not to mention, they have one of the league’s top netminders in Juuse Saros.

The Predators may have lost their last two games by a combined score of 9-2, but they held the possession edge in each game. On their four-game season, they hold a 54.8% CF% and a 50% xGF% at 5-on-5 (per Natural Stat Trick).

The total on this game is six. WynnBet has the best odds on the Over at -110, while FanDuel’s -105 on the Under is the best of the bunch. The Kings have given up at least four goals in every game this season and have been short-handed an NHL-most 21 times (including six more on Monday). Nashville’s team total is 3.5, with Caesars offering +102.

Everyone loves a homecoming, and two key LA Kings forwards are returning to Nashville. Viktor Arvidsson started his career in the Music City and spent six full seasons there before being traded to LA prior to the 2021-22 season. Kevin Fiala‘s career also started in Nashville. He had two full seasons and parts of three others before being traded to Minnesota during the 2018-19 season.

Arvidsson is still searching for his first point of the season after last night’s empty-net fiasco. A return to Nashville seems to be like a great time to break his mini-slump. The Swedish winger is +280 to score a goal.

Fiala is heating up for the Kings with a goal and four assists in the last two games. He is +185 to score a goal and -130 to record a point.

Newcomer Nino Niederreiter is off to a strong start in his first season with the Preds with four goals in four games. He is +240 to keep that going.

Filip Forsberg was a popular name floating around as a potential off-season target for the Kings heading into the summer. He ended up inking an extension with Nashville and has a goal and an assist on the young season. He is +130 to score a goal.