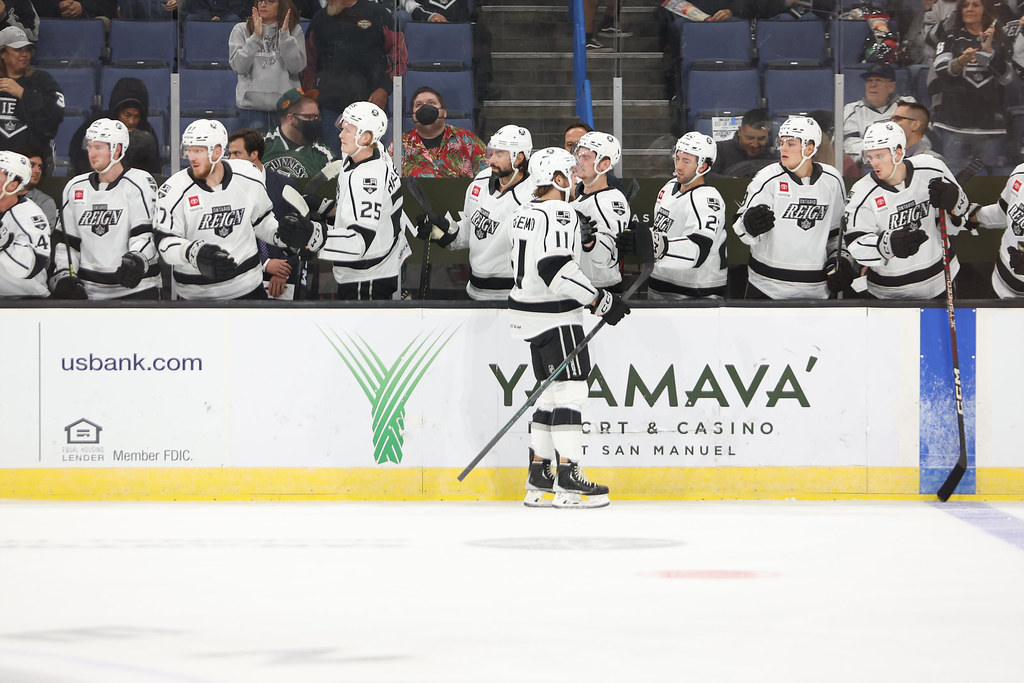 The Ontario Reign couldn’t muster much offense as they dropped their second game of the year in a 3-2 loss to the Bakersfield Condors.

1. Condors didn’t give up many chances

Unlike Friday’s game against Abbottsford, Sunday night’s game was a closer one. Bakersfield did an excellent job in their zone, blocking shots and limiting the high-power Ontario Reign offense to only 22 shots on goal. The Reign had a solid first period outshooting the Condors 10-4 but had 12 shots on goal in the remaining 40 minutes.

There weren’t many chances for the Reign until the final minute when they pulled goalie Phoenix Copley for the extra skater. While the AHL doesn’t have the stats for faceoffs, the Condors seemed to win most of their defensive zone draws, limiting offensive zone time for the Reign. Great defensive game by them.

Samuel Fagemo has been red hot these two games for Ontario. After scoring a goal on Friday night, Fagemo potted two more goals which ended up being the only goals for the Ontario Reign.

Looks like former teammate Martin Frk taught him well with that shot, huh? Anyway, after scoring 27 goals last year, Fagemo has picked up right where he left off last season. Scoring three goals in the first two games, Fagemo looks comfortable playing with TJ Tynan and Lias Andersson. He could’ve had four goals on the night but hit the post twice.

3. Giving up the first goal

For the second straight game, the Ontario Reign gave up the first goal of the game. Last year, the Reign were great at getting off to strong starts and scoring first. While the Reign can put the puck in the net at a high rate, getting behind early on isn’t ideal.

While they were able to overcome it against Abbottsford, they weren’t able to against Bakersfield. That will most likely be a point of emphasis as you don’t want to be playing catch-up on a nightly basis.

UP NEXT: The Reign are back in action on Tuesday at 7 PM PT as they host the Henderson Silver Knights.