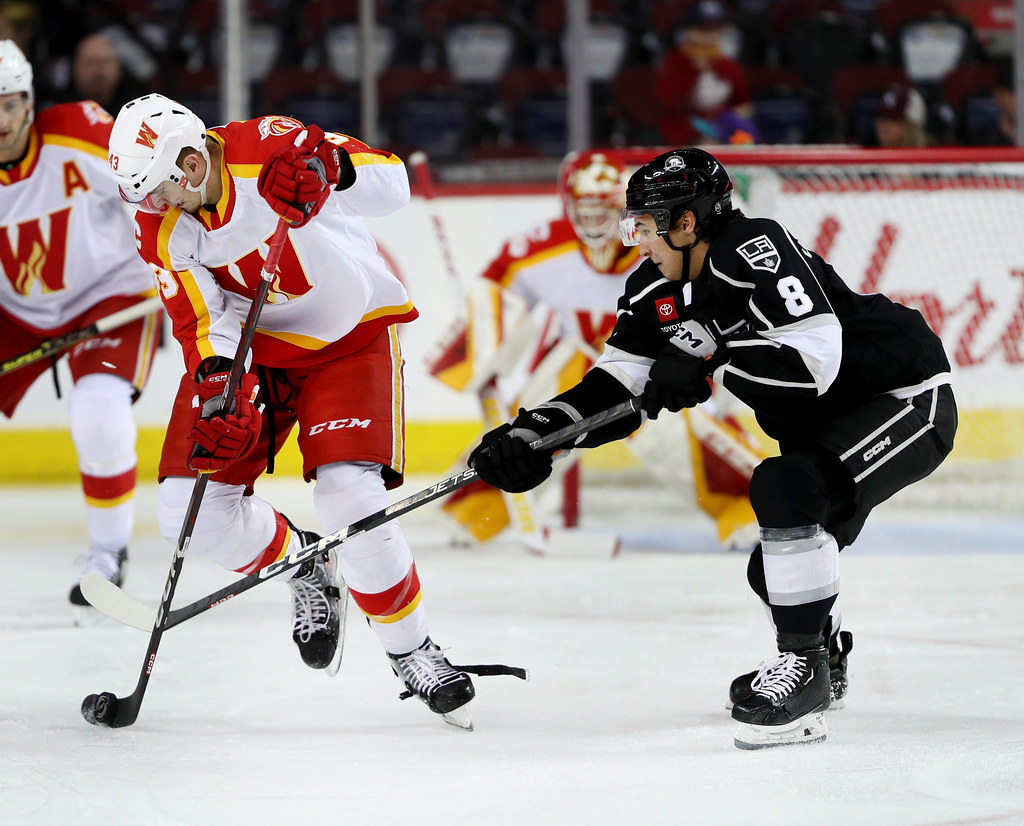 A late turnover by the Ontario Reign leads to a goal and ends up being the difference as they drop the first game against Calgary, 4-3.

The puck handling last night from the Ontario Reign wasn’t good, in fact, it was sloppy at times. Every time Ontario seemed to gain momentum after tying the game, they would turn it over, literally. Too often, the Reign had issues connecting on a pass or turning the puck over in their own end, and at critical points it cost them. The biggest one was on the fourth goal from Calgary as Taylor Ward couldn’t get the puck out of the Reign end and moments later it wound up in the back of the net.

Against elite teams like the Wranglers, any mistake you make they’ll make you pay. Unfortunately, for the Reign, the Wranglers made them pay for their mistakes. They are now winless in four games against Calgary.

Lias Andersson led the Ontario Reign in goals entering last night’s contest and added another in the third period last night. However, he doesn’t get goal number 15 without a great individual effort from Martin Chromiak.

With that assist, Chromiak has now extended his point streak to eight games. This play by Chromiak displayed great puck protection and great vision to find Andersson to tie the game at three. Unfortunately, Calgary would score 56 seconds later to take the lead, and win the game 4-3.

These two teams will square off in the rematch tonight. For the Reign, it’ll be a chance for redemption and an opportunity to prove they can match up with the elite teams of the Pacific division. The 5th-seed Reign are 4-7-1-0 against the top three teams in the division (Coachella, Calgary, Colorado). They are 0-4 against the Wranglers and will play them two more times this week, including tonight. While they have been up and down against the Colorado Eagles and have shown they can match up against the Coachella Valley Firebirds, they have had their hands full with Calgary. They can break that trend tonight with a huge two points.

UP NEXT: The Reign and Wranglers meet again tonight. The game starts at 6:00 PM PT and can be seen on AHLTV.