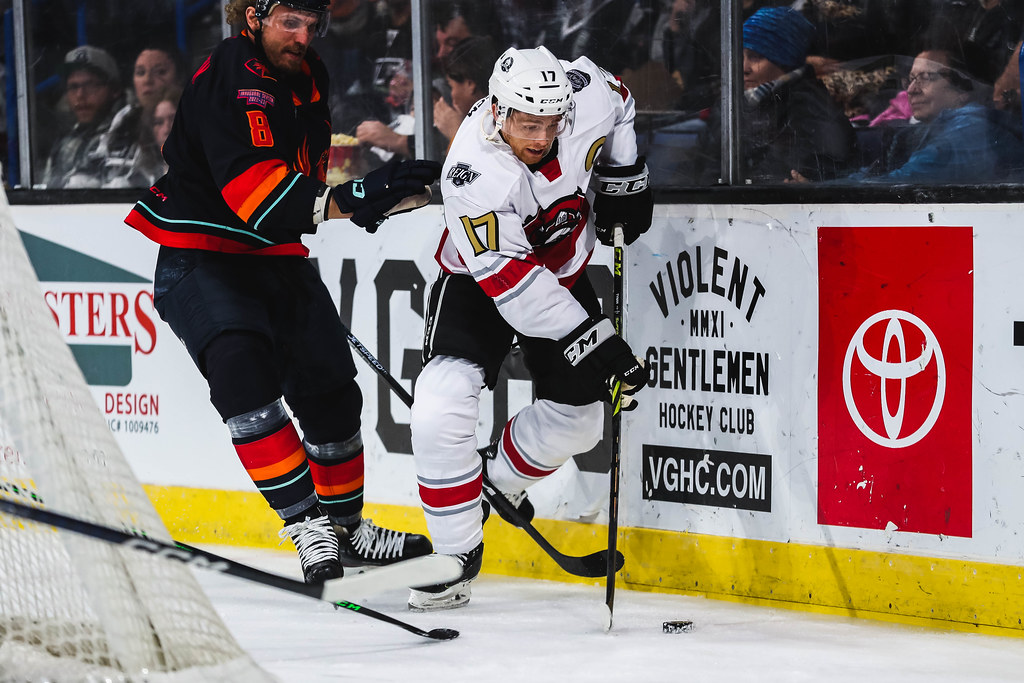 The Ontario Reign played three games last week and went 1-1-1-0 in that span, dropping their final game of the week in overtime.

The Ontario Reign started off the week with a 7-3 win over the Colorado Eagles to extend their win streak to five games. Unfortunately, the Reign would drop their next two games and have now lost two straight. Another week has passed, which means it’s time for our Ontario Reign three stars of the week segment.

Here are the players who made the three stars of the week from January 16th to January 22nd:

Samuel Fagemo may have only played one game with the Ontario Reign for the week, but it was a good one. Fagemo recorded his first three-point game of the season and his first two-goal game since October 16th against the Bakersfield Condors. The lone game Fagemo played in was the first night of a back-to-back against the Colorado Eagles. In that game, Fagemo recorded three points and both of his goals came in the second period. The first goal was on the power play while the second one was a broken play that ended up being the game-winner.

A 🚀🚀 by Fagemo on the power play! pic.twitter.com/BXBnMf4rnm

With injuries piling up for the LA Kings, Fagemo was one of three players called up while the Kings are on a six-game road trip. His performance in his one game earned him the third star of the week.

The captain, TJ Tynan, led all Reign players in points for the week with eight. His four-assist night against the Coachella Valley Firebirds was his first game with four assists this year along with his first four-point game since opening night against the Abbottsford Canucks.

The Reign went three-for-five on the power play in their game against the Coachella Valley Firebirds and Tynan played a huge part in that by recording an assist on every power-play goal by the Reign. The power play always goes through him and Jordan Spence and it was clicking Saturday night against Coachella Valley. His eight-point week earned him the second star of the week.

Martin Chromiak continues to stay red hot. In all three games, Chromiak recorded at least one point in all of them. Chromiak saved his best performance towards the end of the week when he recorded his first professional hat trick against the Firebirds.

Chromiak is currently on a seven-game point streak where he has recorded eleven points during that span (7-4-11). He started the season off slow but has caught fire and looks to be getting comfortable in the AHL as each game passes. He was the number one star last week and maintained his number one star of the week status for this week with his performance.