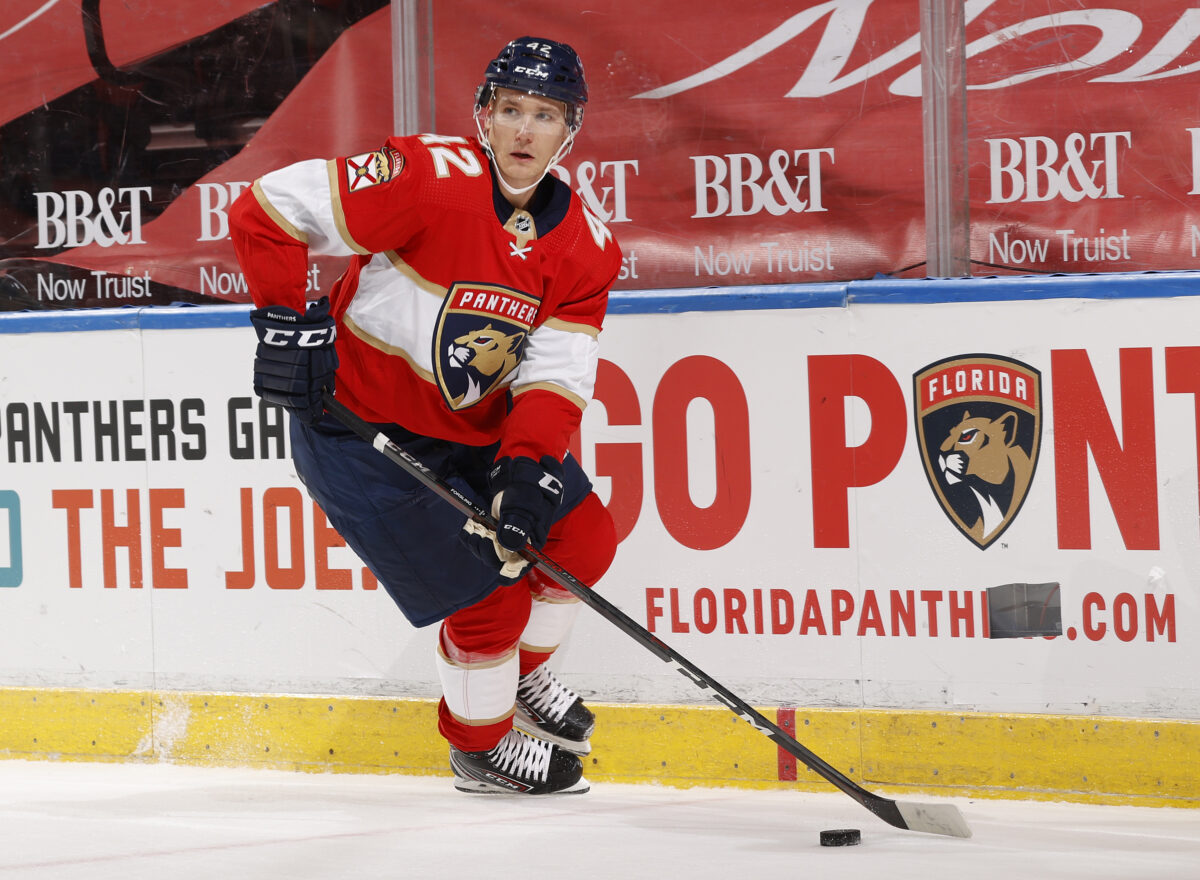 Other than Jakob Chychrun and Ivan Provorov, who the LA Kings have been linked to for months, what other left-shot defensemen might be available as the NHL Trade Deadline approaches?

In combing through CapFriendly, the options for teams shopping left-shot defensemen are pretty thin. Of the three names below, there is only one I would actually pursue, and I have doubts he will even be available.

That said, with the help of Evolving Hockey and All Three Zones, we’ll try to learn a little more about three potential options that could be on the market in the coming weeks.

27-year-old Vladislav Gavrikov has seen his name pop up in rumors from time to time over the past year or so. With Columbus having a disappointing season and out of the playoff picture, the impending UFA would seem to be a candidate to be dealt.

The chart above from Evolving Hockey accounts for data from the 2020-21 season through today. If you look at this season’s table, it is much worse. Perhaps the environment in Columbus is just that bad, but I’m not going out of my way to acquire this player.

Per Natural Stat Stick, at 5-on-5, Gavrikov is a 44% CF%, 42% xGF%, and has allowed the second most high-danger chances among defensemen on his team.

He is also someone that struggles with helping his team exit the defensive zone:

At 6’3″, he seems like he’d be the big-bodied defenseman that the Kings need, but I do not believe he makes the blueline any better.

The 6-foot-5 Joel Edmundson has become a popular name in the rumor mill, with Montreal surely looking to trade away the 29-year-old on an expiring contract. Given the seemingly few available options at left defense, the rumored ask for Edmundson will involve a first-round pick.

Here is Evolving Hockey’s past three-year chart for Edmundson:

So he doesn’t hit, and he gives the puck away.

But what he does do is block shots. He is eighth among defensemen in blocks and second in blocks per 60 minutes among defensemen who have played at least ten games. I am not going to say blocking shots isn’t valuable, but it better come with some other skills. Unfortunately, I don’t see that as being the case.

He is one of the worst defensemen in Montreal in terms of retrieving pucks dumped into his own zone:

He is also among the worst defensemen on the team in zone exits:

I am a firm “no” on Joel Edmundson, especially at the cost.

This last one is easily my favorite of the three, and if the LA Kings are not going to go in the direction of Jakob Chychrun or Ivan Provorov, I like Forsling as an under-the-radar option.

Among these three defensemen, Forsling is the smallest of the bunch at six feet tall. But he is a very good puck-moving defenseman and could be a good compliment to Matt Roy on the second pair.

Unlike the two above, Forsling grades out well in terms of defensive zone retrievals:

The unique thing about Forsling would be his contract. He is not a rental as he would be signed for one more year at a very reasonable $2.67M. Because of this, I’m not convinced he’ll hit the market, but with Florida on the outside looking in of a crowded playoff field, they could be looking to sell a piece or two.

If the prices of Chychrun and Provorov are too high for the LA Kings, perhaps Forsling could be a way to go.