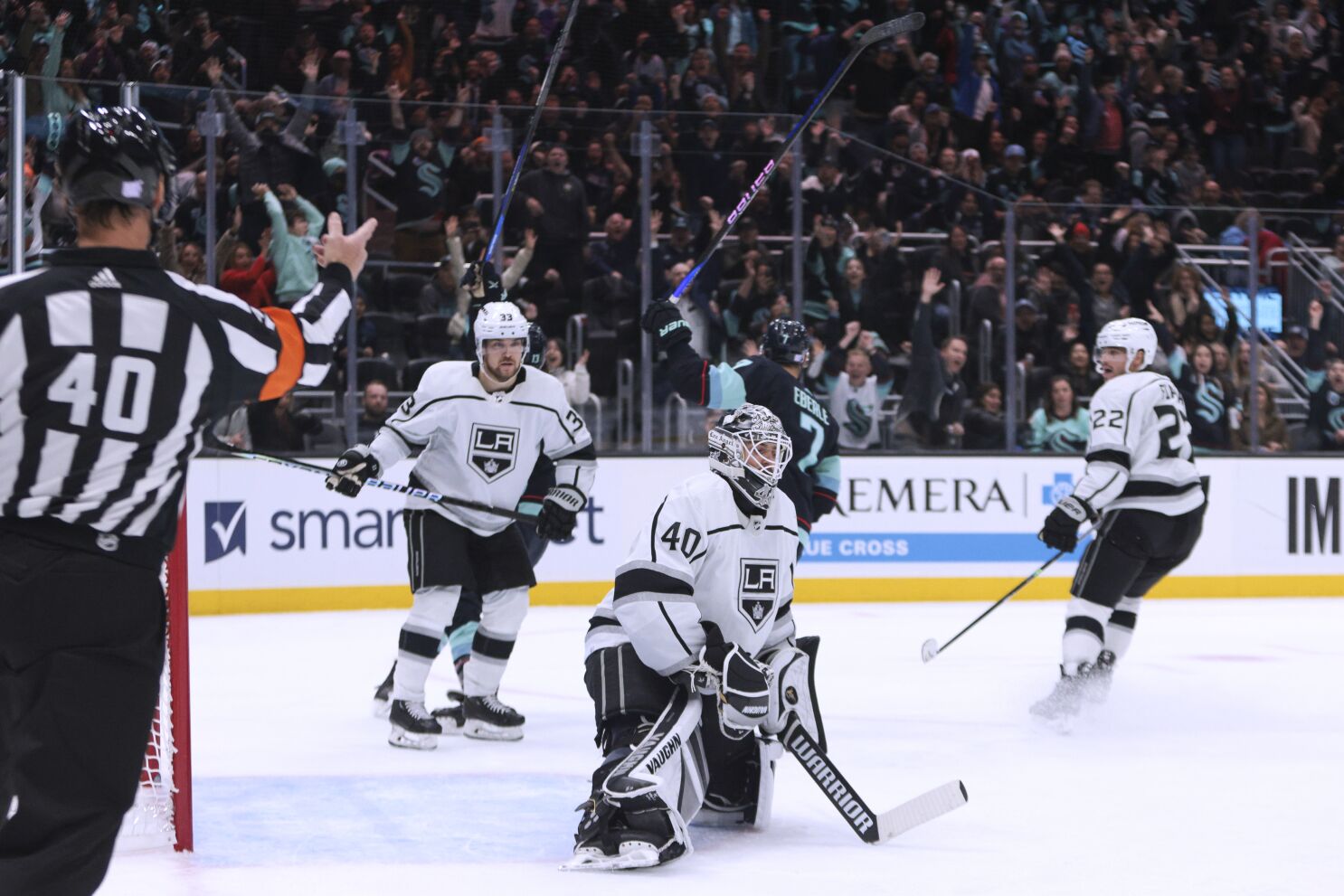 The LA Kings ended their four-game road trip all against divisional opponents with a 3-2 overtime loss to the Seattle Kraken.

A Night To Forget

It’s tough to say after the way the LA Kings have played lately, but they should look at the point received in last night’s OT loss as a small victory. Seattle was the better team on Saturday night. But the Kings held their own defensively and took a good Kraken team to overtime on the second leg of a back-to-back.

The schedule hasn’t been easy for the Kings to start the season. They’ve played more games than any other team in the NHL, but that still shouldn’t be an excuse. Inconsistencies continue to be a problem for LA. When the offense is going, it comes at the expense of the defense, and vice-versa. With a little more practice time, hopefully, head coach Todd McLellan will look to shore some of those problems up.

Missing Production From Kopitar And Kempe

Gabriel Vilardi was a surprising offensive force for the LA Kings to start the year. With ten goals on the season, he still leads the Kings. If not for him, I’m not sure where this team would be with the scoring woes hampering top players Anze Kopitar and Adrian Kempe.

Kings missing production from two of their top players:

• Anze Kopitar one goal in his last 10 GP, three on the season.#GoKingsGo

It might be time for a shakeup on the top line. Kopitar and Kempe have been paired together for some time going back to last season. Of course, they were productive for the majority of that time, but now it may be time for a change.

There have been more occasions than not where goaltending could be considered the reason for a Kings’ loss, but Saturday night was not the case. Cal Petersen put together another solid effort in the 3-2 overtime defeat giving him back-to-back good starts in net for LA. If there’s one big positive to take away from the four-game roadie, it’s the strong play from Petersen.

The Kings won’t be able to lean on Jonathan Quick for the majority of the season and will need Cal to play at a high level for the rest of the season. If these last two games are any indication, Todd McLellan has to be satisfied by what he’s seeing from the 28-year-old netminder.

UP NEXT: The Kings are back home Tuesday night to face the New York Rangers at 7:30 pm PT