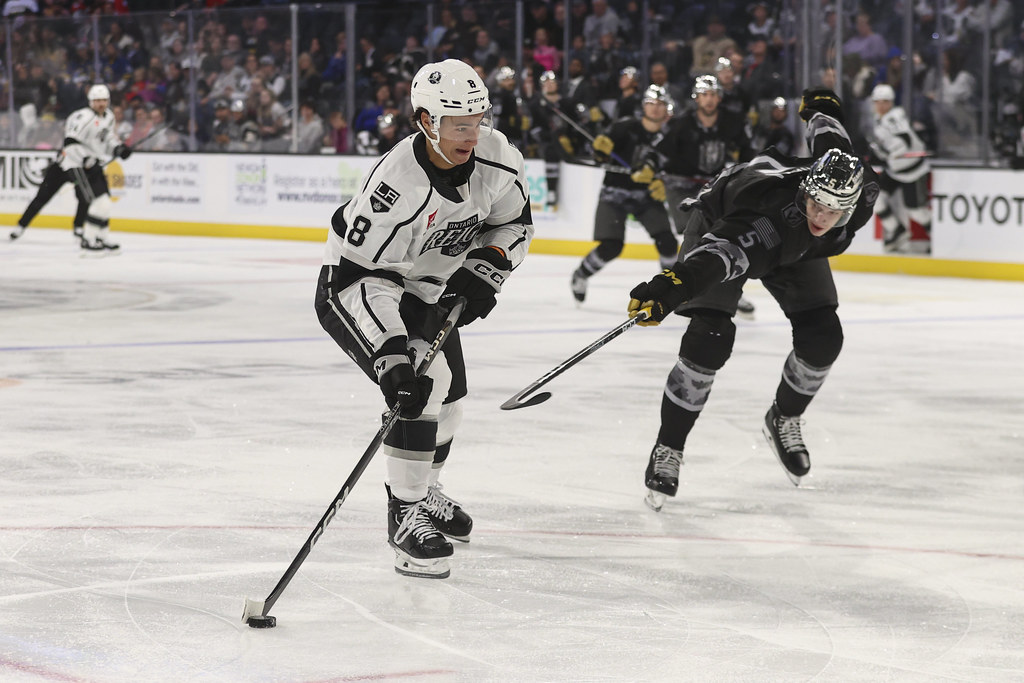 The losing streak for the Ontario Reign reached five games in a 3-1 loss to the Henderson Silver Knights Saturday afternoon.

The Reign got great goaltending from Matthew Villalta but couldn’t find the game-tying goal against the Silver Knights’ netminder Jiri Patera. Tyler Madden got the only goal for the Ontario Reign in the second period after a turnover by the Silver Knights. Madden’s original shot got stopped by Patera but he found the loose puck and poked it home to tie the game. In these last three games, the Reign have only scored one goal in each game. It’s rare to see them not finish on many of their chances, given how potent the lineup is. Every team has these stretches, and the Reign is going through its own right now.

No, I am not referring to the song by Tom Petty. I’m referring to the Ontario Reign. Two weeks ago, the Reign train was rolling and riding high on a six-game winning streak, but have recently fallen off the train tracks. With this loss to the Henderson Silver Knights, the losing streak has now reached five games, and have now fallen to 5th place in the Pacific Division. Unlike their previous four games, I thought the Reign got off to a good start. Unfortunately, the result ended up being the same. However, the Reign were able to play their type of game even though they scored one goal. Keep playing like that and eventually, the skid will end.

Brandt Clarke played in his second game since being sent on a conditioning assignment a week ago. While he started off slow in his last game – as expected – he looked better yesterday. Clarke again saw time on the second power-play unit and eventually was paired with Jordan Spence in the final two minutes with the Reign having the extra attacker looking to tie the game. While he didn’t record any points, the most important thing to take away from yesterday is that he’s getting playing time, continues to look good, and gets approximately at least 15 minutes of ice time. Clarke’s conditioning assignment has four games remaining before it’s time for the Kings to make a decision again.

*Akil Thomas left the game in the third period with an upper-body injury and did not return. It’s unclear what his status will be for today’s game but we’ll keep an eye on it.

UP NEXT: These two teams square off again this afternoon in Ontario. It’s a 3 PM PT start and can be seen on AHLTV. If you haven’t paid for a subscription, I recommend you do so now.