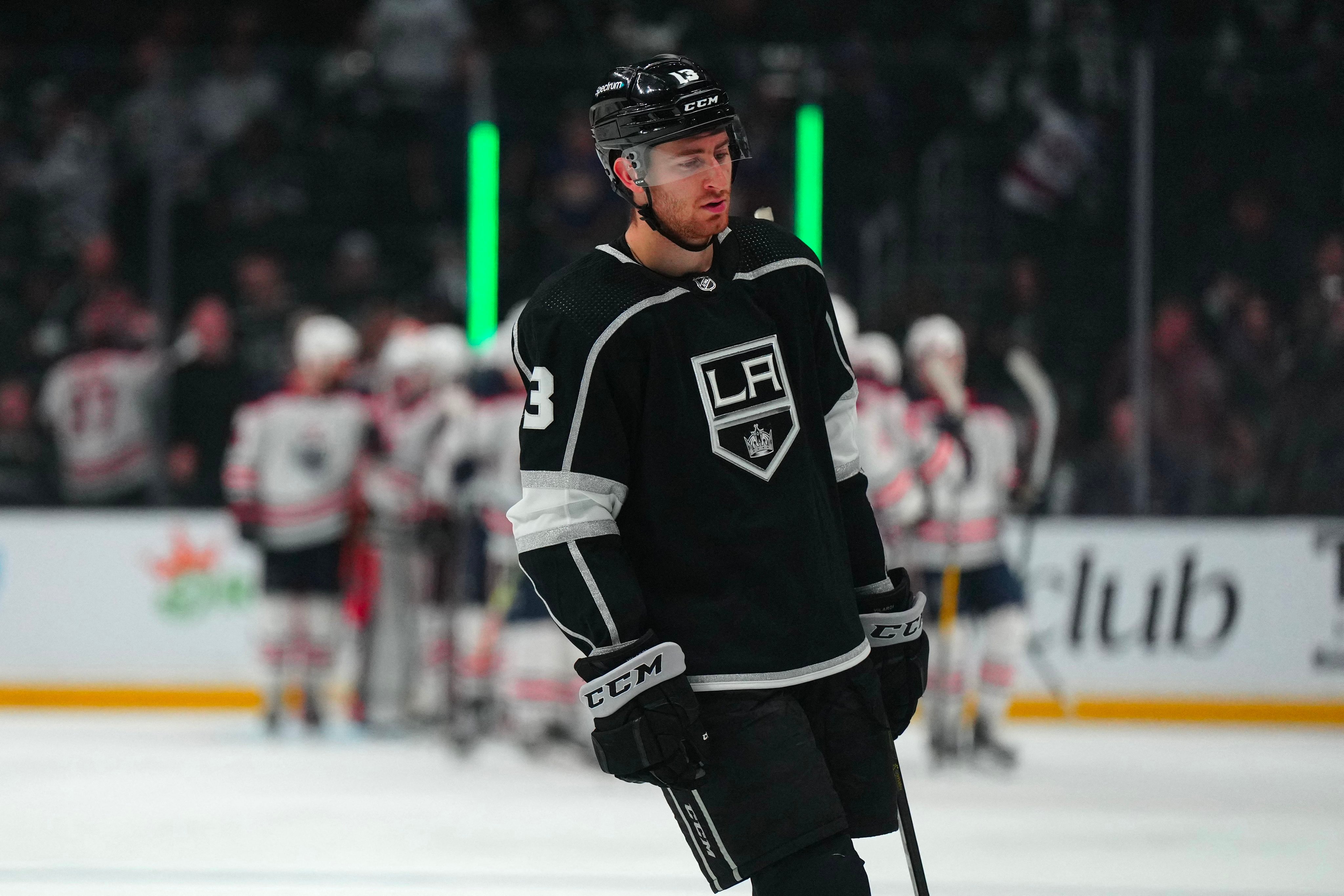 It was another outstanding evening for LA Kings forward Gabriel Vilardi. In 17:39 of ice time against the Toronto Maple Leafs on Saturday, Vilardi notched a goal on four shots, bringing his season total to seven in ten games, leading the Kings. It was also his third straight game scoring and second three-game goal streak of the season.

Vilardi is tied for the NHL lead in goals during 5v5 play with five and is third in points.

It’s been an incredible start for the 23-year-old. But the road to success has been nothing but grueling for the young LA forward.

The excitement among Kings’ fans was palpable after a young Gabriel Vilardi was drafted with the eleventh overall selection in the 2017 draft. The eleventh pick has worked out quite well in years past, with players like Jonathan Bernier in 2006 and, of course, Anze Kopitar in 2005 taken in that same spot.

Vilardi was coming off an excellent junior season with the Windsor Spitfires of the OHL, helping the team win a Memorial Cup. However, it wouldn’t come without its challenges, as he would play through some nagging back pain, making the path to a championship difficult.

“It was really tough some days, like the first few weeks. One day you’d feel strength coming back; the next day, you’re really tired,” Vilardi said when speaking with SportsNet’s Neate Sager. That back pain would only get worse over the summer.

Just before the 2017 training camp for the LA Kings, general manager Rob Blake announced that Vilardi would be held off the ice to recover from the same discomfort he dealt with during the Memorial Cup games.

“Gabe has already begun his rehabilitation and continues to work hard. The injury is something that flared up throughout the summer,” Blake noted.

After some off-ice rehab with the Kings’ staff in Los Angeles, Vilardi was ready to hit the OHL ice again, eventually making his debut on January 5, 2018, with a new team, the Kingston Fronteacs.

The late start to his 2017-18 hockey season wouldn’t hamper the Kingston, Ontario native. In 32 games with the Fronteacs, Vilardi finished with 22 goals and 36 assists for a total of 58 points. He put up highlight plays almost every night.

Similar highlight pack but a focus on the 3 gorgeous goals from #LAKings prospect Gabe Vilardi. Readiness (stick on the ice, ready to change directions), creativity (getting into a higher danger area), puck protection & puck control. He makes it look easy. pic.twitter.com/BGQy6DOZFN

The enthusiasm over the prized prospect was evident all around. Fans couldn’t wait to see Vilardi playing hockey in Los Angeles. But those dreams would hit a snag on August 30 when Rob Blake announced that his top prospect aggravated the same back injury from the year prior and would be doubtful for the September rookie camp.

Vilardi would miss the LA Kings rookie camp and the eventual NHL training camp. After some on-ice sessions with former King Jarret Stoll, the first-rounder was assigned to the Ontario Reign to begin a conditioning assignment.

The professional debut for Vilardi came on November 30, 2018, in Bakersfield, in what would be his first of four games with the Reign. It was an exciting day for Kings faithful as they finally got a glimpse of the player they’d longed to see.

Shortly following his AHL assignment, he was loaned to Team Canada, accompanied by Jaret Anderson-Dolan, both with eyes set on competing in the 2019 World Juniors. For Vilardi, however, another setback would occur during his time training with Canada. And it was back to off-ice activities for the young player.

Plan for Vilardi is still rest, rehab, and “protocol to get him ready for training camp,” per Blake. He was asked whether his back injury was more disc or muscle-based and said that it’s a little bit of both.

Kings prospect Gabe Vilardi will start skating on his own tomorrow, the team said, and “will continue to be evaluated to determine when he is ready to move forward & begin practicing with the Ontario Reign.”

Vilardi, a 2017 1st-rd pick, has been battling a long-term back injury

It wasn’t until November 2019, almost a year after his pro debut, that LA Kings fans would see Vilardi playing hockey again. Eventually, making his way back to the Ontario Reign. But this felt like a new Gabriel Vilardi. A player who looked much healthier than in 2018, and the production showed.

Reign head coach Mike Stothers eased Vilardi into full-time action. Not giving him back-to-backs and ensuring he felt good before each game. “There seems to be a push to rush the process. But…you don’t want to have that going on for Gabe after what he’s gone through, so it’s a matter of taking one day at a time,” Stothers noted.

Gabe finished with nine goals and 16 assists for a total of 25 points in 32 games for Ontario, with 11 of those points coming in the final eight contests. He looked like the player fans had long waited to see. Tangible excitement was growing.

The pinnacle of that joy came on February 20, 2020, when Vilardi made his NHL debut and started off his career with a bang.

Vilardi was excellent in his first wave of NHL experience, registering seven points (3G, 4A) in ten contests with the Kings until a global pandemic brought all his momentum to a halt.

After the world returned from a shutdown, so did hockey in January 2021. Now that the NHL was back, so were the LA Kings’ hopes of seeing Gabriel Vilardi excel again. But something didn’t feel right. Mentally, he wasn’t the same player.

Starting as the Kings’ second-line center, Vilardi never found his stride and looked much different than he did just before the abrupt end of the previous season. He finished with 25 points in 54 games for LA, moving all around the lineup, and never finding chemistry with his teammates.

His on-ice woes would carry over into the 2021-22 season, where he would play in only seven games to start the NHL campaign before being sent back to Ontario to find his game again.

This may have been the best thing to happen for Vilardi. While he was back with the Reign, he transitioned from being a center to the wing position. Already with a plethora of high-end center prospects in the system like Quinton Byfield and Alex Turcotte, a move to the wing was on the horizon for several players. With some ups and downs to start his NHL career, Rob Blake felt Vilardi could benefit from that transition. And so far, so good.

Ten games into the 2022-23 NHL season, the best story in hockey is Gabriel Vilardi. Not many players have endured such hardship to start their hockey careers as the LA Kings’ eleventh pick from the 2017 draft. Leading the team in goals and points, he is quickly becoming a star.

After all the hardship from his chronic back injury, you feel nothing but joy that this player is finding success in the National Hockey League. And if you’re an LA Kings fan, you hope his production can continue to help turn this team into a Stanley Cup contender.