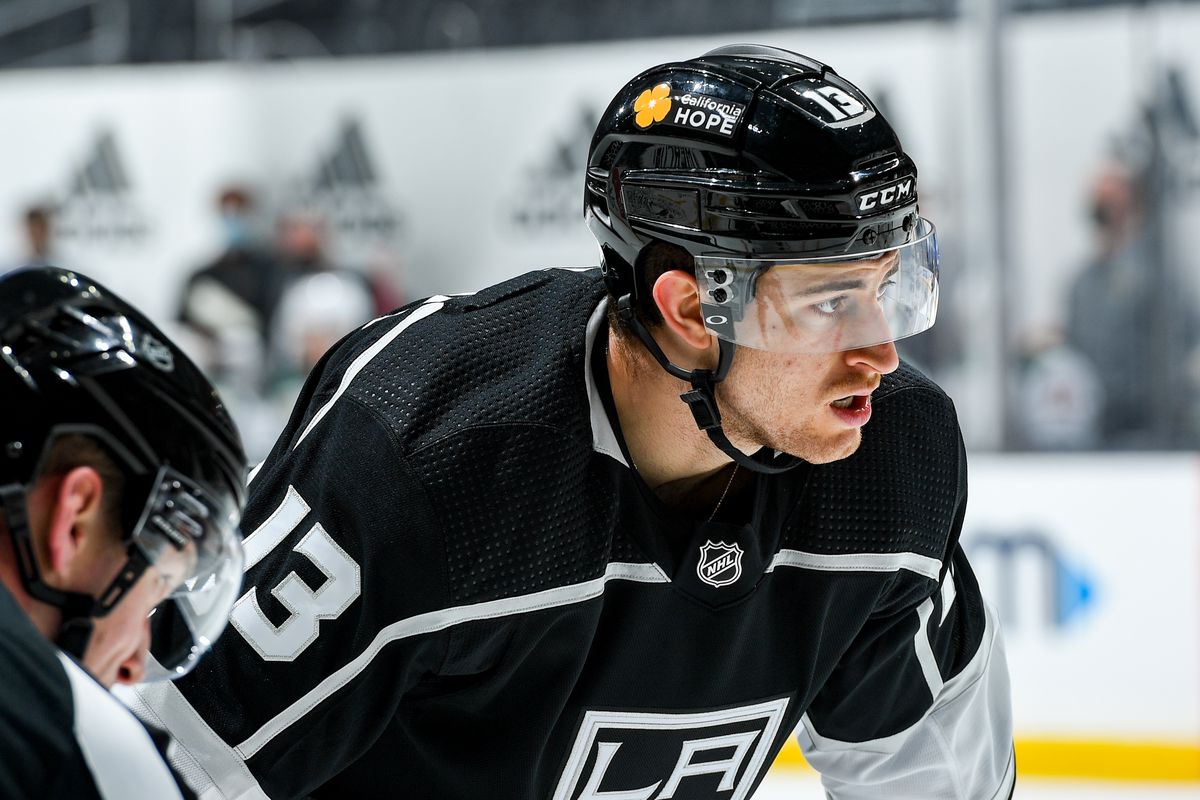 In the midst of training camp, there is an abundance of forwards battling for a few positions that remain open for the 2022-3023 LA Kings roster.

The center spots have already been filled with Anze Kopitar, Phillip Danault, Quinton Byfield, and Blake Lizotte. That group is about as solid as you can get in the entire NHL. Veteran leadership, offense, defense, and youth are included in this core from top to bottom.

The wing position is still a tricky one to figure out. All four lines have wingers that have already secured a spot in the lineup. Kevin Fiala, Adrian Kempe, Viktor Arvidsson, Trevor Moore, Arthur Kaliyev, Carl Grundstrom, Brendan Lemieux, and Alex Iafallo would be the wingers if the season started today.

However, there is a 13th or maybe a 14th spot available, depending on what happens on the defensive side. If Viktor Arvidsson isn’t ready for the start of the season, another spot opens up. With winger Austin Wagner being placed on waivers, it takes the possibilities down by one.

With that said, there are seven players battling it out in camp for one, maybe two, spots in the bottom six. Gabe Vilardi, Jaret Anderson-Dolan, Lias Andersson, Martin Chromiak, Samuel Fagemo, and Rasmus Kupari all have eyes on that final position. Whoever does not make it from this group will be sent down to the AHL’s Ontario Reign, adding to the already talented Reign roster.

Waivers will also play a critical role in the choices for LA Kings’ GM Rob Blake. Fagemo, Chromiak, and Kupari are all exempt from the waiver process. Leaving Vilardi, Anderson-Dolan, and Andersson as the three players who must be made available to all teams before clearing a path to the AHL.

This is what training camp is about, hard work and work ethic earning spots. The players have to earn their way on, and if they do not, they wait for an opening.

Vilardi’s impressive preseason so far may have solidified a spot for him in the lineup. Making the choice for management possibly easier than we imagined. But Kupari, Anderson-Dolan, and Fagemo have all shown flashes of quality play in the NHL. And a late push could elevate their argument further. Only a couple of more weeks until we find out who made the 2022-2023 opening night roster.