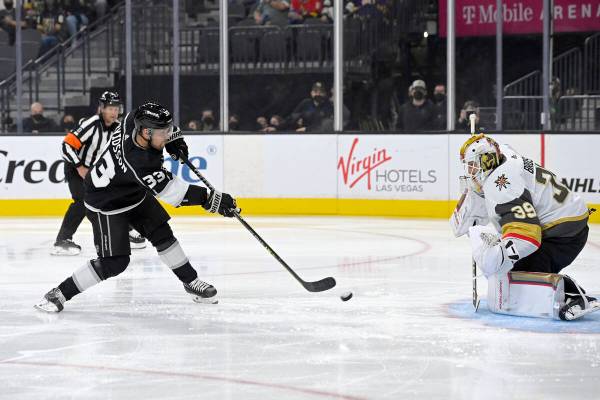 With training camp right around the corner, we are previewing each player on the LA Kings roster. Up next: Viktor Arvidsson!

In his debut season with the LA Kings, Viktor Arvidsson made a good first impression when he was on the ice. The Swedish winger played 66 games, potting 20 goals, and 49 points. Unfortunately, he had a couple of injuries that threw wrenches in parts of his season.

The first injury came in Buffalo, where he ended up missing a couple of weeks. He also missed the entirety of the playoffs, which eventually led to off-season surgery for a herniated disc.

His tenacious play was instrumental in much of the Kings’ success this past season. The line of he, Trevor Moore, and Phillip Danault was arguably the best line on the team once they were put together.

Arvidsson had one of the games of the year when he scored a hat trick in Columbus, including this overtime winner:

There’s no question a healthy Viktor Arvidsson is vital to the Kings. His shoot-first mentality is something the Kings are in need of. The chemistry he found with Danault and Moore unlocked a significant amount of offense for a team struggling to score.

It is expected that Arvidsson will miss the early part of the season but should be back at some point in October. If he’s healthy and able to click again with Danault and Moore, we could see Arvidsson hit the 25-goal mark for the first time since the 2018-19 season.

With the addition of Kevin Fiala this offseason and a plethora of hungry NHL-ready prospects, the Kings don’t have to rush Arvidsson back from injury. But make no mistake, his return will be a welcome one.