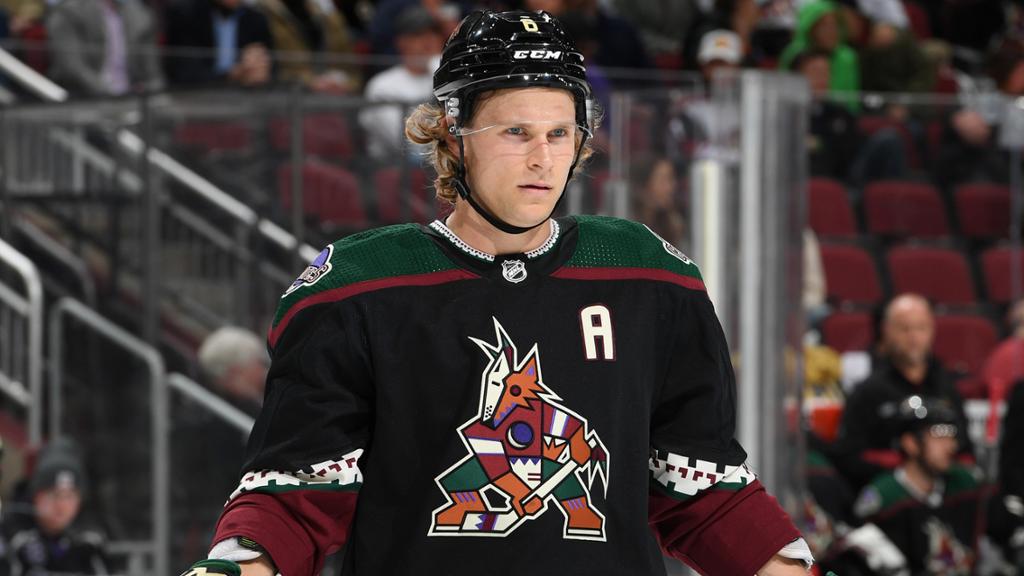 With the Jakob Chychrun rumors heating up again, could the LA Kings kill two birds with one stone in acquiring the 24-year-old defenseman?

We’re a week into NHL training camps beginning, and generally, this isn’t a busy time when it comes to trades or even trade rumors. So many teams have enough on their plate trying to finalize their roster as well as manage their cap situation that the idea of moving parts via trade in preseason would seem unlikely.

That is until one of the NHL’s top young defenseman, Jakob Chychrun, didn’t hide the fact that the possibility of playing elsewhere would be welcomed:

Jakob Chychrun on all of trade rumors over the summer: pic.twitter.com/pK5Dpu71sy

Fast forward a week, and TSN’s Darren Dreger reported on Thursday’s Insider Trading that the trade talks are “intensifying,” and wouldn’t you know it, the LA Kings were among the teams Dreger mentioned as interested parties.

It’s certainly nothing new, the Kings being linked to Chychrun. This started last summer and continued on into the season, then the trade deadline approached, and again even as the season was winding down.

Is now really going to be the time a trade happens? Probably not. But, the fact that this is, if it wasn’t before, a very public desire to play elsewhere from Chychrun’s point of view, we could be inching closer to a deal finally coming to fruition.

That said, there is still a need on LA’s left side of the defense. Consider that they have a solid defensive defenseman in Mikey Anderson on the top pair with Drew Doughty. They have a veteran in Alex Edler on the bottom pair. The middle pair, at least currently, is projected to be a right-shot defenseman (either Sean Walker or Sean Durzi).

To acquire Jakob Chychrun, it’s going to cost, at a minimum, a first-round pick, a high prospect, and likely an NHL player. Dreger noted that there is some belief that, perhaps, the Coyotes’ ask has potentially softened from where it was nine months ago, this is still likely a 3-4 piece deal.

Given the Kings’ depth on the right side of their defense, both in the NHL and in their system, would a player like Sean Durzi be a consideration to be traded away? Could a package that included Durzi, a forward prospect, another young defenseman in Tobias Bjornfot, and a first-round pick entice the Coyotes to make a deal?

I put a scenario together that I think would fit the Coyotes’ needs and also be one that the Kings could swing from an asset standpoint:

In this scenario, with Durzi moving out, Chychrun would play the left side with Matt Roy, Clarke would then slot in on the third pair with Edler, while Walker would become the seventh defenseman. This would mean exposing a personal favorite, Jacob Moverare, to waivers in hopes that he clears, but if it means bringing in a player of Chychrun’s caliber, it could be worth considering.

The Kings would also have to stomach trading away a first-round pick in a deep draft as well as a highly touted forward prospect. But, hey, you have to give to get.

But, there’s one problem with this trade proposal, and that is the salary cap. I ran this through CapFriendly’s armchair GM feature, and this would put the Kings over the salary cap by more than $1.6 million.

Even with Chychrun’s attractive contract – three years remaining at $4.6M AAV – this particular trade would require someone else with a higher salary moving out. In addition, trading away Chychrun would bring Arizona’s cap number below the cap floor, so they would need money coming back. A player that makes sense from a cap standpoint is Alex Iafallo and his $4 million. I still remain skeptical that Iafallo would be a player the Kings want to trade.

While it’s nice to think about the addition of Chychrun to fill the need for an impact left-shot defenseman – and opening up a spot for Brandt Clarke at the same time – it just seems like a long shot where things stand right now.

If Chychrun is still a Coyote at the turn of the year, perhaps the Kings will be able to find a way to fit him in, but it doesn’t look likely in the immediate.