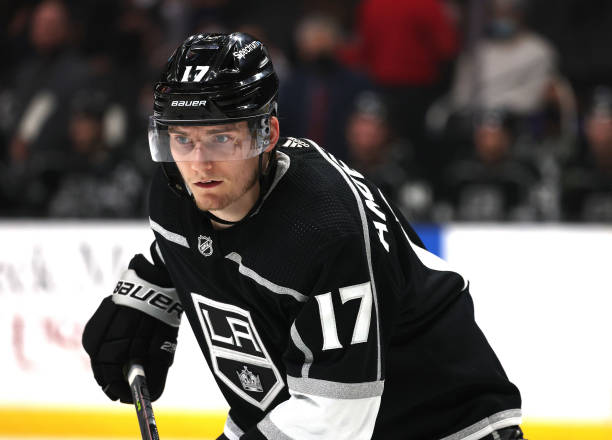 With training camp right around the corner, we are previewing each player on the LA Kings roster. Up next: Lias Andersson!

The 2021-2022 campaign wasn’t a fun one for Andersson. He landed on the injured reserve list just before opening night and wouldn’t make his season debut until October 30th against the Montreal Canadiens. In his first 13 games of the season, he only mustered one assist.

After landing on the injured reserve again in January, he would be loaned to the Ontario Reign in March for a conditioning stint where he registered six goals in four games. Impressive. After those four games, Andersson would be activated off the injured reserve and recalled to the LA Kings, and only play in seven more games the rest of the year. In 20 games he recorded only one goal and one assist for two points.

It’s been a rough start to Lias Andersson’s career so far. Andersson’s tenure with the New York Rangers didn’t go as planned and the Kings acquired him for just a second-round pick back in 2020. It was a gamble by Rob Blake and the front office that hasn’t paid off as much as they would have liked.

In the offseason, Andersson re-signed with the Kings on a one-year deal worth $750,000. Just like Vilardi, who was also drafted in 2017, this could be Andersson’s last chance with the Kings. While he won’t find himself in the top six, he’ll be fighting for a bottom-six spot, specifically on the fourth line.

If the Kings were to send him down to Ontario, he will have to clear waivers first since he is not waiver-exempt. It should be a very competitive camp. Will Andersson be an extra forward, in the lineup, or sent down to Ontario (assuming he clears waivers)? I guess we will wait and see.