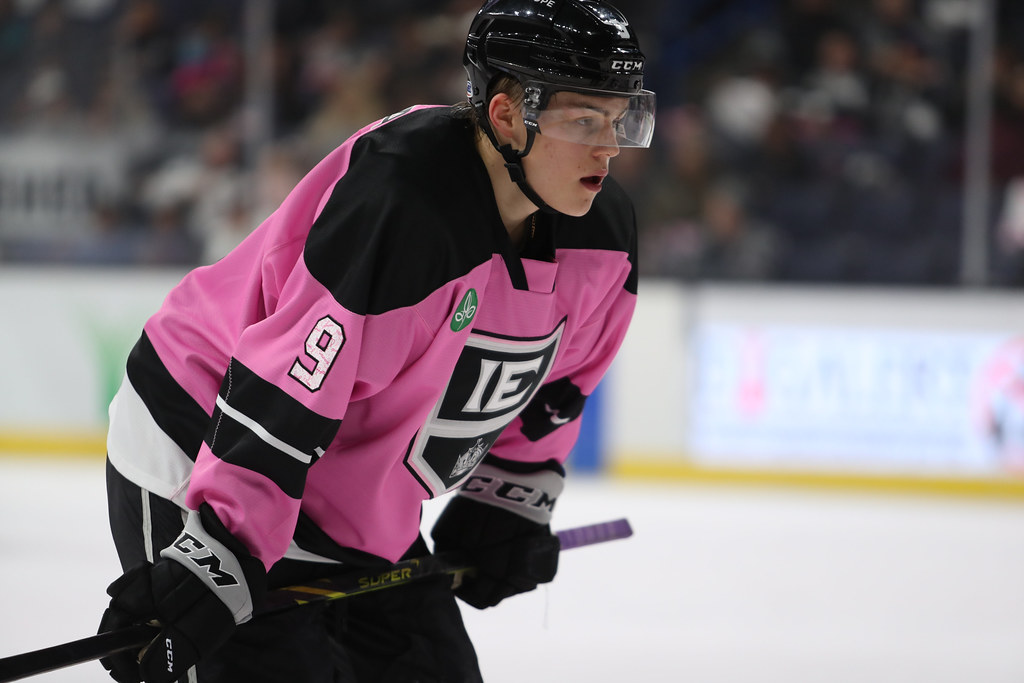 With training camp right around the corner, we are previewing each player on the LA Kings roster. Up next: Rasmus Kupari!

The 2021-2022 season was an up-and-down one for Kupari. Kupari had two stints in the NHL with the LA Kings and one with the Ontario Reign. After scoring three goals in 37 games, the Kings opted to send Kupari down to Ontario to work on his game.

Watching some Reign games when Kupari got sent down, there was one thing I noticed in his play. He started to be a little bit more physical and drive to the net. In a game in late February against the San Diego Gulls (I don’t have the video of this play), Kupari took the puck wide and drove to the net, and drew a penalty.

In 15 games with Ontario, Kupari registered five goals, three assists, and eight points along with a +2 rating. Kupari eventually got recalled to the Kings because of injuries and got paired along with Vilardi and Byfield.

Kupari would go on to score two goals the rest of the season and would be a healthy scratch for the first two playoff games before drawing into the lineup for games three through seven. Instead of playing the wing, he would play at center as he replaced Byfield for the rest of the series.

The kids are alright!

Kupari is entering the last season of his entry-level contract. While the top six in the lineup are all set in stone, there are still one or two spots up for grabs in the bottom six. While there will be competition, it is not a guarantee that Kupari will be on the opening night lineup.

Waivers could play a huge role in roster decisions next season for the Kings.

Since he is in the last year of his entry-level deal, will the Kings opt to send him to Ontario because he is waiver-exempt? They could if they want to because the Kings have quite a few players who are not waiver-exempt. Can Kupari make the opening night roster?

Absolutely he can. He’ll have to work for it. If he’s driving to the next, adding physicality to his game, and impressing in camp, then I don’t see why not.