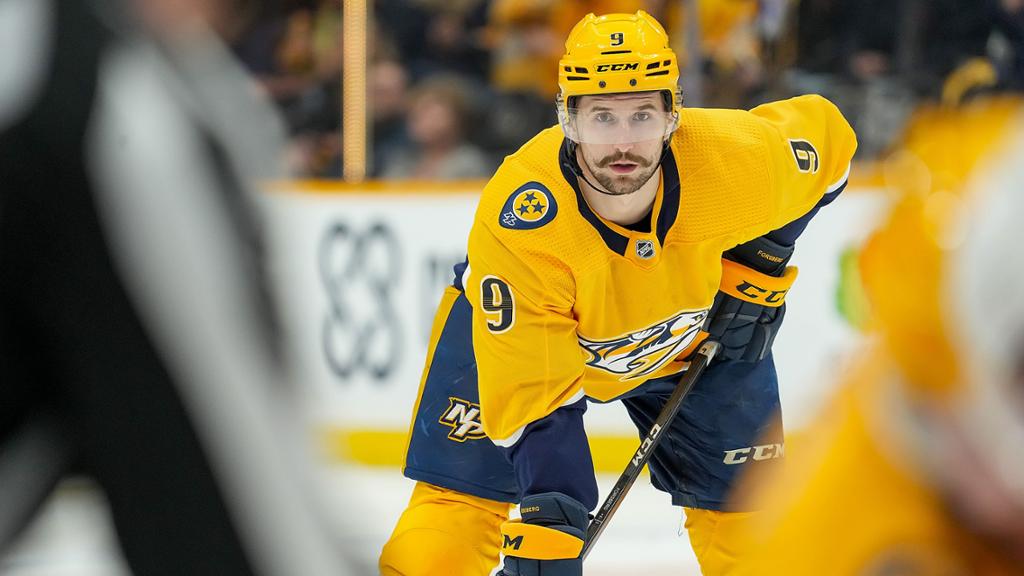 Last offseason, LA Kings defenseman Drew Doughty and captain Anze Kopitar were quick to call upon management to make the necessary moves to make the team competitive again. Both players noted that they were tired of losing and didn’t want to wait for the prospects to reach their full potential.

General manager Rob Blake listened and answered with three key offseason moves. He got the ball rolling, acquiring Viktor Arvidsson in early July, and then signed both Phillip Danault and Alexander Edler on the opening day of free agency. Flash forward approximately nine months later, and the Kings enjoyed a 99-point season and their first postseason berth in four seasons.

Asked where he would like to see improvements to the roster, Doughty provided another honest answer.

“I don’t want to say we’re missing things, but I think we can add some toughness, I think that would be good,” he said. “Maybe a bigger guy on D, besides Eddy, we’re all kind of little guys, but I think we can always add a scorer, that’s still our downfall I think, is not scoring. Power play was not even close to good enough, so I think we could still add another top-six guy that puts the puck in the net, I think that would be great, but I don’t know what we have to do, that’s just my opinion, it’s up to them to decide.”

Of the team’s 184 goals in 5-on-5 play scored this season, only 15 were scored by defensemen. Certainly, Doughty’s injuries played a role in that, but the Kings could use another offense-first defenseman.

(To be continued on the defensive additions…)

Special teams struggled for the majority of the season, with the power-play finishing sixth-worst (16.1%) in the National Hockey League. And while better than the last two seasons, the Kings finished in the middle of the pack with 235 total goals scored, which is where we’ll focus our attention in this piece.

Los Angeles looks poised to take the next step in the 2022-23 season, and a top-six winger fits the bill to achieve that.

Let’s look at a tiered approach for how the LA Kings can add scoring in free agency. Projected contracts via Evolving Hockey.

Let’s begin with perhaps the biggest fish on the free-agent market this offseason, Filip Forsberg. Will he return to Nashville, or won’t he? The reports suggest the two sides continue to be in discussions about keeping the 27-year-old in the Music City.

However, his long skate around Bridgestone Arena after the Predators were eliminated leaves that open to interpretation. Forsberg had a career year in 2021-22, tallying 42 goals and 84 points. More importantly, he had ten goals and 27 points on the man advantage.

A perfect fit for the LA Kings but at a hefty price tag.

Filip Forsberg topping off the coast to coast with an absolute laser beam snipe pic.twitter.com/gyotAAnZEW

Will the Flames run it back after being eliminated in five games to the Edmonton Oilers? Gaudreau is a true difference-maker who also enjoyed a career year in the 2021-22 season. The 28-year-old potted 40 goals along with 75 assists for 115 points.

On the power-play, Gaudreau chipped in six goals and 17 assists from there as well. The Flames have approximately $26.9 million in cap space this summer, but they also have free agents in Matthew Tkachuk, Andrew Mangiapane, and Oliver Kylington.

Can they keep everyone?

Kadri will turn 32 years of age in October, but there is no questioning his production. The former seventh overall pick in 2009 put up a healthy 28 goals and 59 assists for 87 points.

He’s also a factor on the power-play, recording eight goals and 21 assists this past season. Would the LA Kings consider him on a shorter deal?

The Athletic recently linked the LA Kings – and a number of other teams – to Kevin Fiala, who is a restricted free agent this summer. Meaning, that if the Kings want him, they will likely have to forgo their first-round pick and a top prospect to acquire the Swiss forward.

Fiala has age on his side, just 25 years old. But he’s also coming off a career year, one that saw him tally 33 goals, ten higher than his previous career-high. The trade return seems reasonable, but is Fiala worth nearly $9.5 million per year?

Into the second tier of players, Ryan Strome could be a serviceable option for the Kings’ top-six forwards if they want a cheaper option. The 28-year-old enjoyed a 21-goal, 33-assist season for the Rangers during the regular season.

He’s consistently averaged at least 18:00 minutes TOI over the last three seasons, averaging 0.81 points per game over that span. Strome is also a terrific puck possession forward, averaging a 53.3 CF% over his career, including a 55.6 CF% during the 2021-22 regular season.

Now, we start to enter the “buyer beware” territory. Burakovsky tallied a career-best 22 goals and 61 points in the 2021-22 regular season. In the playoffs, he has just one goal and two assists in seven games.

The concern here: is he a product of the Colorado Avalanche?

I ask because prior to joining Nathan MacKinnon and the Avs, the 27-year-old previously potted a career-best 17 goals in his sophomore year when he was with the Capitals.

He’s averaged 20 goals per year in three seasons with Colorado. That said, his possession metrics have been terrific for the entirety of his career, with a 58.6 CF%, including a 57.1 CF% this past season.

Added, he chipped in four goals and 11 points on the power-play.

A restricted free agent this offseason, is this the summer that Vancouver finally moves Brock Boeser? Like Fiala, Boeser is still just 25 years of age. He’s coming off back-to-back 23-goal seasons.

This past year, he exploded on the power-play, tallying a career-best 11 goals and six assists.

Canucks head coach Bruce Boudreau is set to return next year, so there could be some inclination to keep the band together. After all, Boeser scored 19 goals and 36 points after Boudreau took over on December 5, 2021.

Prior to the coaching change, Boeser had just four goals and six assists.

Another product of the high-powered Avalanche? Nichushkin enjoyed a career year in Denver, potting 25 goals, 11 better than his previous career-high set in his rookie year. The 27-year-old became a reliable top-six forward for the Avalanche, logging an average 19:02 TOI.

Nichushkin also chipped in five goals and four assists on the power-play. I have concerns about him playing outside of the Avs organization, given that he had a 0-goal, 10-assist campaign in 2018-19, despite playing in 57 games.

That said, like several before, his possession metrics are outstanding, logging a career 55.0 CF%, including 58.4 CF% this past season.

For what it’s worth, his projected AAV would be higher than what Adrian Kempe is projected to fetch, and he just finished off a 35-goal campaign.

Extreme buyer beware on Reilly Smith. The 31-year-old was limited to 56 games in 2021-22 due to a knee injury. If he wasn’t injured, the Golden Knights may have attempted to move him to free up cap space instead of botching the Evgenii Dadonov trade with Anaheim.

That said, he’s shown the ability to put up more goals, including a career-best 27 goals in 71 games during the 2019-20 campaign. Utilized on the power-play, Smith chipped in three goals and four assists last year.

Could Rakell head back to the west coast? After putting up at least 33 goals in back-to-back seasons in 2016-17 and 2017-18, Rakell generated interest from a number of clubs. He was eventually traded to the Pittsburgh Penguins last year after putting up 16 goals and 28 points in 51 games with the Ducks.

RICKARD RAKELL IS SCORING GOALS AS A MEMBER OF THE PENGUINS! pic.twitter.com/a4d6n0RuGo

Rakell is a terrific puck possession forward, recording lower than a 54.5 CF% just once in his career. Between Anaheim and Pittsburgh this past season, he posted a combined 56.0 CF%.

It feels like an overpay at the projected contract, but if the LA Kings can get him for the right price, Rakell can be a real difference-maker in Los Angeles. He would also give Todd McLellan‘s club another right-handed shot.

Another player who spent the 2021-22 season split between two clubs, Andrew Copp could be an intriguing option for the Kings’ top-six forwards. Prior to being traded, the 27-year-old potted 13 goals and 22 assists in 56 games with the Winnipeg Jets. Under the bright lights of New York City, Copp put up a healthy eight goals and 18 points in only 16 games but a likely unsustainable 25.0% shot rate.

He’s been a monster in the Stanley Cup Playoffs, tallying five goals and ten points in 12 games entering Saturday’s pivotal Game 6. Not a huge factor on the power-play, but Copp posted three goals and seven assists from that department during the regular season.

This season was the first time he posted higher than a 50 CF%, with a combined 53.8 CF% between Winnipeg and New York.

Perhaps the bargain of the offseason if the LA Kings can land him at this contract – Mason Marchment was quietly one of the most productive players. In his first full NHL season, the almost 27-year-old potted 18 goals and 47 points in 54 games with the Florida Panthers.

For the same reasons that I have questions about Burakovsky and Nichuskin’s success in Colorado, the same concerns exist for Marchment outside of the Presidents’ Trophy-winning Panthers organization.

He doesn’t have a lengthy track record to go off, but, again, Marchment has the potential to be one of the sneakiest acquisitions this summer.