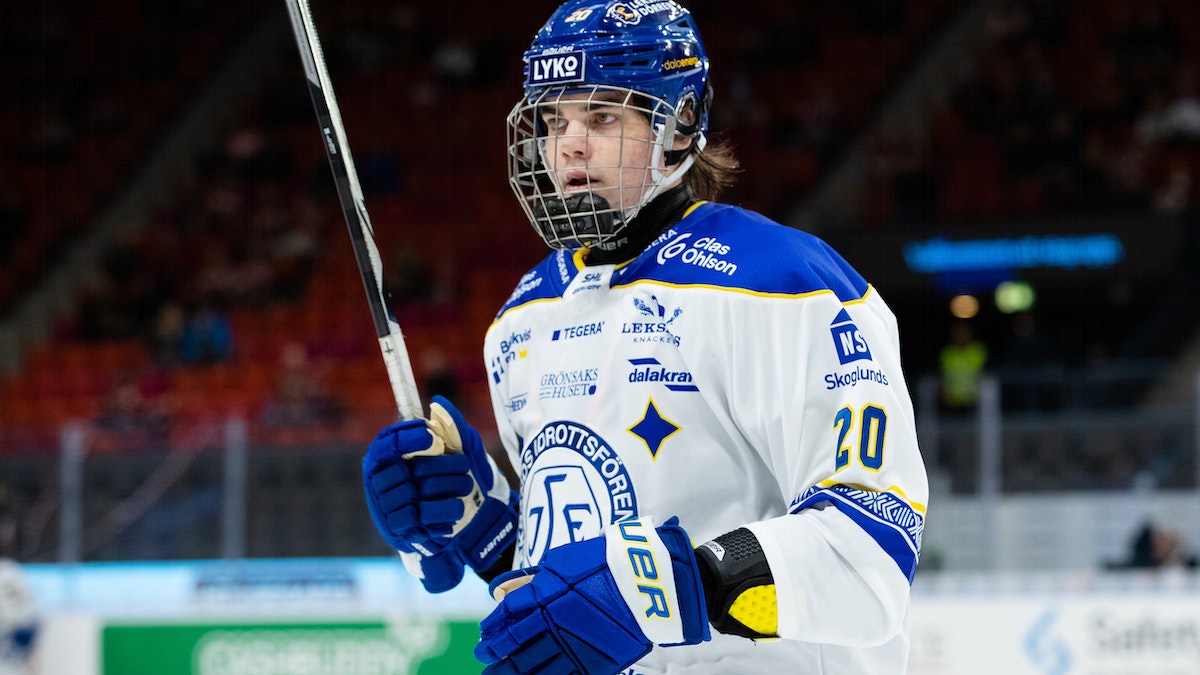 If the LA Kings are looking to add size along the blueline, Swiss defenseman Lian Bichsel could be an intriguing option with the No. 19 overall pick. At a towering 6-foot-5, 216 pounds, Bichsel has already drawn comparisons to Red Wings’ Moritz Seider.

Big and physical, Bichsel has the potential to be a top-four defenseman on an NHL club. He’s a defensive defenseman first and therefore doesn’t provide as much offense as Seider, not yet anyway.

The potential is certainly there, but the 18-year-old still needs to develop that area of his game. Bichsel has a heavy shot that scouts love, which is why most believe that he can tap into some offensive potential.

For his size, Bichsel skates incredibly well, often carrying the puck himself through all three zones and skating in tight to the net.

“Swiss defender Lian Bichsel stands at a towering 6-foot-5 and 216 pounds and he knows how to use it with his physicality, and his long reach to disrupt plays. The two-way defender surprises with the amount of skill he possesses, from his long, powerful strides to his overall offensive awareness, he shows top-four potential. He needs to calm his game down a bit at times, but this is definitely a player that NHL teams will take note of.” Josh Bell, The Sporting News

“Although Bichsel is massive at 6-foot-5 and 216 pounds, he displays some solid skating foundations and quick feet which help him close gaps and utilize his exceptional reach to his advantage. He also reads defensive plays well, identifying his man and dealing with switches in coverage with intelligence and poise. He can throw the shoulder, poke-check forwards from afar, and generally makes life difficult for his opponents on the cycle. On the offensive side, there are improvements required, especially on the decision-making side, but Bichsel’s heavy shot could translate well to the next level. If he works on displaying patience on breakouts, using his mobility from the blue line to find better lanes, and joining the rush more often, Bichsel’s surprisingly good hands could be put to use more frequently.” Hadi Kalakeche/Dobber Prospects

Lian Bichsel stands at a towering 6-foot-5 and 216 pounds and he knows how to use it with his physicality and long reach to disrupt plays. The two-way defender surprises with the amount of skill he possesses and from his long, powerful strides to his overall offensive awareness.

“He has really high potential down the line, but right now, his skills are still pretty raw and he is still far from an NHL-ready prospect. Lian Bichsel is comparable to Moritz Seider, who was an under-the-radar defenseman during his draft, but now he is the best rookie defenseman in the league. Like Seider, Bichsel is a big two-way defenseman with great skating ability and physical play. The main difference between the two is that Seider has a way better shot, but with some development, Bichsel could become one of the top young defensemen in the league. He has the potential to be a top 4 defenseman and picked in the first round of the 2022 draft.” – Hockey Wiz 777 Scouting