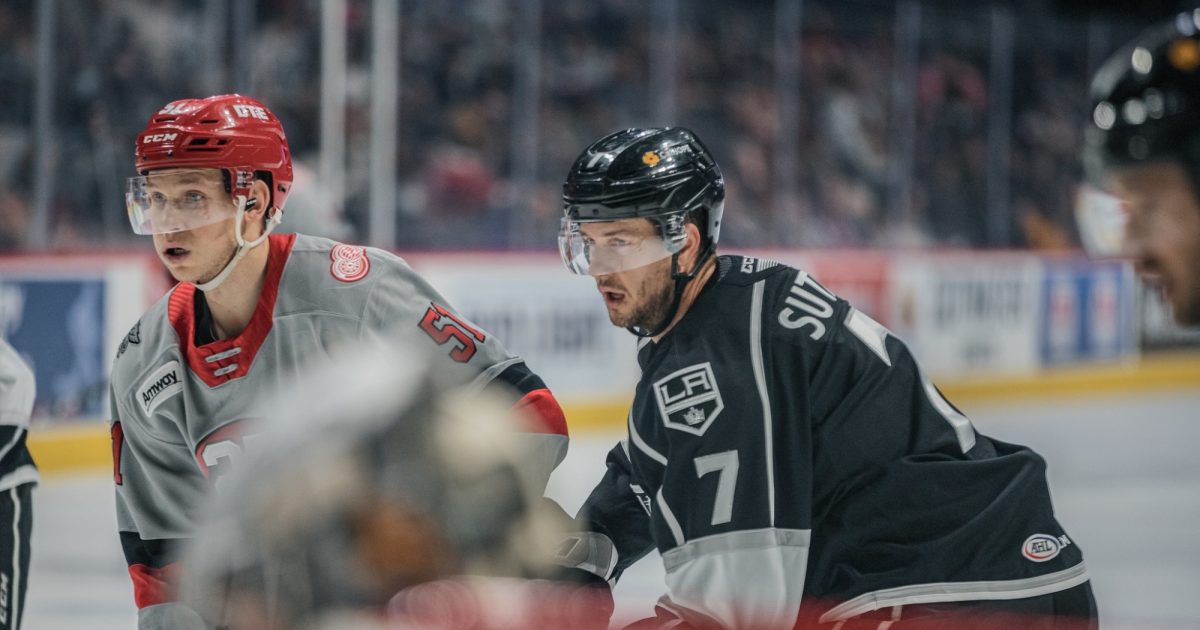 With some added defense depth, the Ontario Reign will look to clinch a playoff berth when they take on the Grand Rapids Griffins.

The Ontario Reign is looking for their first win in over two weeks when they welcome the Grand Rapids Griffins to town on Tuesday night.

While there is still a week before the AHL trade/loan deadline, the Reign will have a couple of new defensemen on the roster after Monday’s NHL trade deadline.

The Kings acquired two right-shot defensemen on Monday as they brought in Frederic Allard from Nashville and Nelson Nogier from Winnipeg. Forward Brayden Burke went to Nashville, and defenseman Markus Phillips is on his way to Manitoba.

Both Allard and Nogier are much more defensive-minded, and I wouldn’t expect much in the way of offense from these two.

The trades help balance out the defense corps. Here are the defenseman currently on the Ontario Reign roster:

With Sean Durzi, Austin Strand, and Jordan Spence up in Los Angeles, the Reign were running thin on right-shot defenseman. The Kings addressed that at the deadline.

2. Giffins in the hunt

Every point is crucial at this point for Grand Rapids as they sit in the fifth and final playoff position in the Central Division, just four points up on the Texas Stars.

After winning three straight games, the Griffins have dropped their last two. Their visit to Toyota Arena is the second of a five-game road trip.

The Reign will not see Grand Rapids leading scorer Taro Hirose who was called up to the Detroit Red Wings on March 11th and has not been back.

Calvin Pickard has seen the lion’s share of work in goal for the Griffins. Though, in his last two games, he’s given up nine goals on 64 shots (.860 save percentage). A slumping goaltender could be just what the doctor ordered for Ontario.

3. Playoff berth up for grabs

In addition to ending a season-long four-game losing streak, a win against the Griffins would clinch a playoff spot for the Ontario Reign. Currently, they sit four points back of the Stockton Heat in the Pacific Division.

These two teams met in early February, splitting the two-game set in Michigan.

The game is scheduled for 7 pm PT and can be seen on AHLTV.