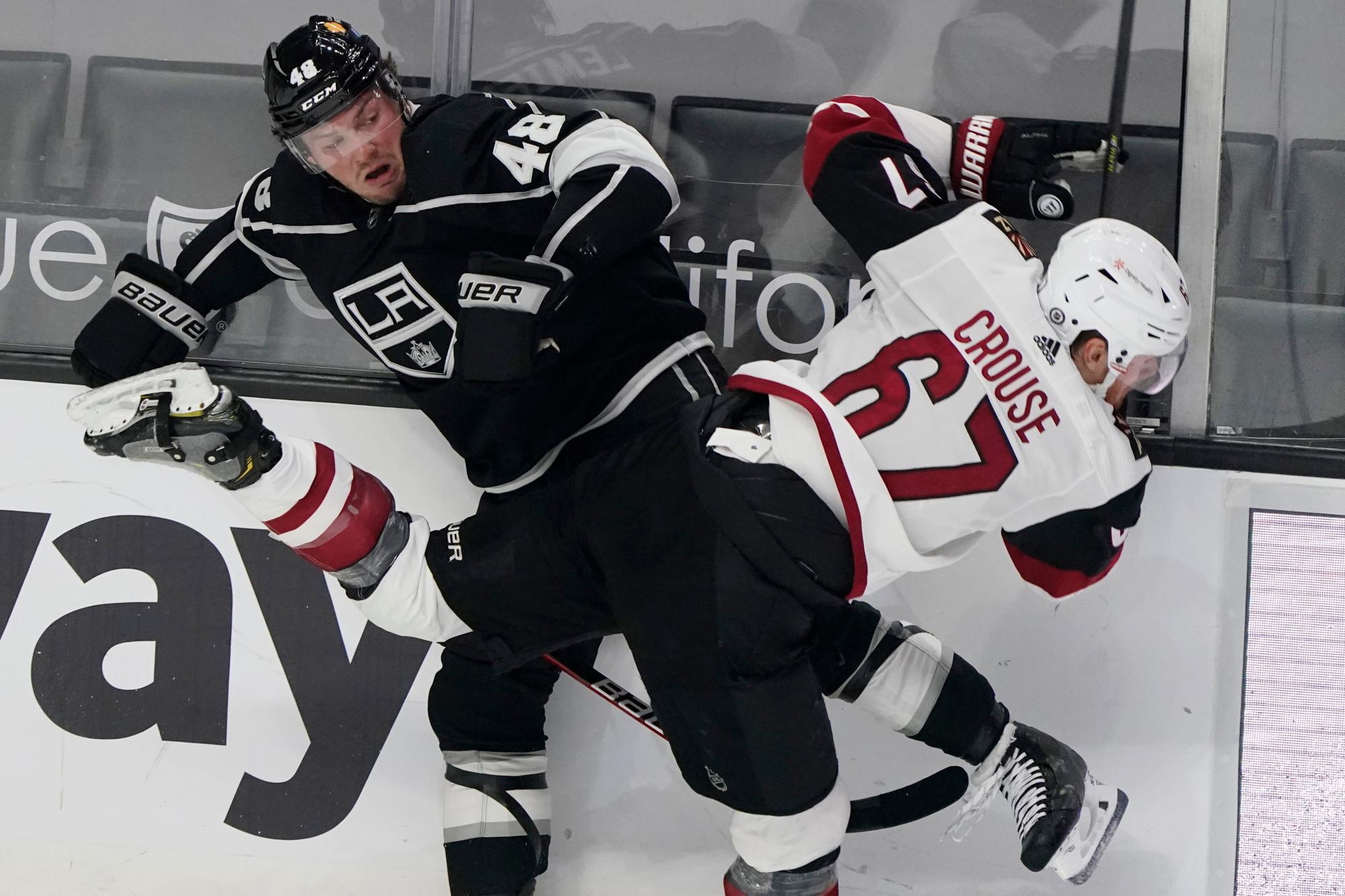 Brendan Lemieux has been, in a sense, the heart and soul for the LA Kings this season while bringing a much-needed element of grit.

When Brendan Lemieux was traded to the LA Kings from the New York Rangers on March 27th, 2021, it was quite an astonishment for Rangers fans and Kings fans too, as Lemieux was seen as New York’s tough guy and enforcer. Trading him away made no sense for the Rangers, seeing how his teammates loved him and so did the fans.

As it turns out, Lemieux had requested a trade out of the “Big Apple” per the New York Post. The Rangers were also juggling between him, Vitaly Kravtsov, and Phillip Di Giuseppe in the lineup, and looked to clear some cap and roster space. Moving out Lemieux and his contract seemed like the transparent choice for New York.

But for LA, it was different. The Kings had cap space, and needed heft along with grit on the roster. Lemieux was the untainted player to match the bill. He was affordable as he was— and currently is— making $1.55M on a two-year deal, which expires on July 1st, 2022 in RFA (restricted free agent) status.

LA was Lemieux’s fourth organization in his short NHL career, as he was drafted by the Buffalo Sabres, traded to the Winnipeg Jets in the Evander Kane deal, then once again dealt to the New York Rangers in the Kevin Hayes trade. Most recently, he went to LA for a fourth-round pick.

At the time of the trade, Lemieux had two goals and seven points in 31 goals for the Rangers, alongside 59 penalties in minutes. The year before, he had 111 PIMs.

In his first short stint in LA, he had four points in 18 games and 32 PIMs and wasn’t seen as anything more than a fourth-line fighter. Many proclaimed that the only way he could make the roster the following season was if he literally fought his way onto the squad.

Lemieux did end up making the team, and he initiated to make an impact the second he got placed into the lineup.

In the 16 games that he has played so far this season, he’s had five goals and one assist. Sure, that doesn’t sound perfect, but if he were to play a full 82-game season, he would be on pace for 24 points, which would be a career-high. Sadly, that’s out of the picture due to him being scratched a couple of times earlier on in the year and due to his five-game suspension for “biting”. To juxtapose, his career-high in points is 18.

Let’s not leave out his glorious RAPM chart:

You can say that he is the definition of an analytical darling. The power play isn’t amazing, but he doesn’t play on it, therefore it’s not something to worry about when you look at the chart.

To compare this season to his last, here’s his RAPM chart from last year:

Lemieux went from being a replete liability on the ice at all times to a key piece on the roster. His improvement has been so drastic, it’s like every aspect of his RAPM chart was flipped around completely. Given, the Kings were a much worse team last year, but Brendan still looks like an utterly distinct skater in every single way.

He sure looks far more defensively responsible than he did before. He skates faster. He looks and feels like an amazing NHL player. I don’t know what he did this off-season, but whatever he did, it worked. You cannot deny that he’s changed his playing style while staying the chippy and aggravating bottom-six forward.

Listed above is the LA’s goals above replacement chart from the 2021-22 season so far. Notice the fourth-best GAR player on the Kings. It’s the man of the hour, Brendan Lemieux. Other than Arthur Kaliyev, he seems to be the most well-rounded player on the entire team when it comes to goals above replacement. When Lemieux has a better GAR than players like Alex Iafallo, Drew Doughty, and Anze Kopitar, you know he’s doing something right.

Here’s his WAR card from this season compared to his last. The stats on the left is his entire 2020-21 season, while the one on the right is this season’s stats added to the last year’s stats too. The sample size isn’t large enough to create a WAR card alone for this season, so the stats must be added. Either way, the improvement is visible. His wins above replacement have gone up 23 percent.

That’s one of the most improved WAR’s in the entire NHL. He’s improved offensively and defensively on 5 on 5, going up 17 and 10%. He has started to draw less penalties and take a few more bad ones, decreasing his penalties by 25%, but his finishing, or better yet scoring, has had a 30% increase up to 66%. For the LA Kings, who struggle to finish, that’s dignified beyond belief.

Here are a couple of other tinier stats that make Brendan Lemieux so portentous to the LA Kings:

It’s these small statistics that prove how Lemieux is actually a charitable hockey player in this league. The narrative that Lemieux is some sort of fourth-line scrub who only fights, is completely dead. It’s a deception. The best part of his game is that he’s been a clutch team player while getting under the skin of literally everybody in the league that isn’t a Kings fan or Kings player.

Brendan Lemieux scores in his return from suspension and gets a squirt from the Wild bench pic.twitter.com/8LlVPzMRgf

He’s one of those players who you love to have on your team, but once you have to play against him, it’s your worst nightmare.

The fans in LA love him, his teammates love him, and most importantly, the rest of the league hates him. It’s Brendan Lemieux, one of the most improved players in the NHL this year. Whether you want to hear it or not, Brendan has been one of LA’s MVPs this season and has been a key to most of the wins that LA has gotten this year.

The Kings are 10-4-2 with him in the lineup and 2-7-2 without him. It’s weird to say, but he’s been the heart and soul of this Kings team this year. If I’m Rob Blake, I’m starting to discuss the possibility of an extension for Lemieux in LA. He’s deserved it, and I’m sure the rest of the team would be excited to see him back for longer.