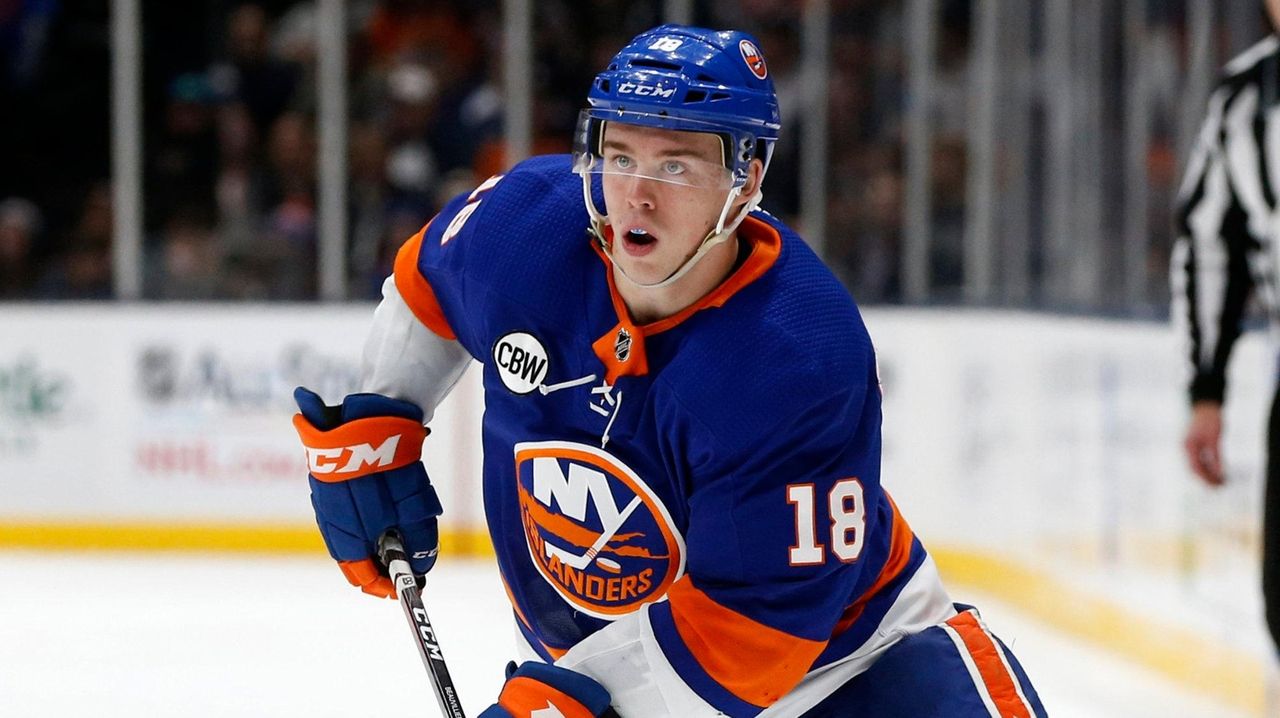 With the LA Kings continuing to struggle scoring goals, there may be a talented young winger hitting the trade market.

After a dreadful start to the season for New York Islanders winger Anthony Beauvillier, he was listed as a healthy scratch for Saturday’s game against the New Jersey Devils. The 24-year-old has three goals, four assists, and seven points after 21 games this season.

Beauvillier is in the first year of a new three-year contract worth $4.15 million annually. He will be an unrestricted free agent (UFA) when the deal expires after the 2023-24 season. At the time of him signing his extension, it seemed worth it as Beauviller was coming off of a 28 point season in 47 games while also having 13 points in 19 playoff games. As a player with 162 points in 354 games, the Islanders saw him as a promising future second liner who had a very responsible two-way game, and therefore they felt comfortable giving him over 12 million dollars.

This year, it’s gone sideways. As of now, the Islanders sit near the bottom of the standings in the entire NHL (29th). In all fairness, Covid hit them hard earlier this season, but scratching a player who was supposed to take a leap in production this year, seems strange. Unless the Islanders may want to shop him around the league.

According to The Athletic’s Arthur Staple, that could be a possibility:

If #Isles are thinking about changes, putting Beauvillier in a possible deal opens up a lot of options — for a top-4 D-man with term, for an elite scoring wing.

Lot of teams would be very interested in a 24yo F on a reasonable deal who could score 20-25 goals.

Frankly, it seems very plausible. He’s been underperforming, and now as a healthy scratch, he can’t be too happy with that. When Barry Trotz was asked about the decision, he answered by saying that it was “a message to Anthony and the rest of the team”.

It could be just a message, but it also could be worth checking in with Islanders General Manager Lou Lamoriello on Beauvillier’s status regarding a trade.

There could be some factors as to why the Islanders would move him. One could be that a change of scenery could be crucial to the Quebec native because a change of teams has helped young players before. The second reason could be that the Islanders want the extra cap space. If the Islanders can turn their season around, opening up $4.15 million for a playoff-contending team is always important. What’s the point of paying a player so much money if he’s just going to sit in the press box?

This is where the LA Kings should step in and try to make a push for Beauvillier. Yes, his contract is a lot of money for a guy that’s averaging 0.3 points per game, but remember, this is a 24-year-old who had 39 points in 68 games only two years ago. He’s a proven playoff performer, and he’s an analytical darling, as some may say:

As you can see, Beauvillier is far from the problem in Long Island. Of course, this season hasn’t been as good as his previous ones, but this isn’t his fault. He went from being a solid second-line winger to someone who’s treated as a regular bottom-six forward. While the rest of the team struggles, Beauvillier is performing at even strength. His 5-on-5 offense and defense come relatively close to each other (73% and 63%), indicating he’s a good two-way forward. Earlier in his career, he was a defensive liability, but as he grew as a player, his defensive skill have improved. His finishing ranks in the 70th percentile, an area where the LA Kings have struggled:

The Kings have had some of the worst finishing luck in the entire NHL, sitting 27th via goals scored above expected. This team needs someone who can finish, and Beauvillier is capable of that. Just like his defensive play, his finishing has improved through every season of his career. Being the young developing player that he is, Beauvillier won’t stop getting better for a couple more years, and this is what makes him such an admirable trade target.

If he can continue this growth pace as the NHL age curve predicts 24-year-old forwards to do, Beauvillier could grow into a first-line winger. He’s one of the more underrated players in the NHL, and the fact that he’s potentially on the trade block is intriguing. If the Islanders are trying to move him, the other 31 NHL teams should be knocking on the door trying to out-bid one another.

At the moment, this is a lot of speculation and there’s no official price point for Beavillier available to the public. While the price may not be over the top, he likely isn’t to come cheaply either with the Islanders perhaps looking to fetch a second-round pick and another young player, as an example. For LA, that should be affordable.

Beauvillier hasn’t lived up to his contract quite yet in New York, but that could happen in the top-six in Los Angeles.

2 thoughts on “LA Kings: Should the Kings target Anthony Beauvillier?”