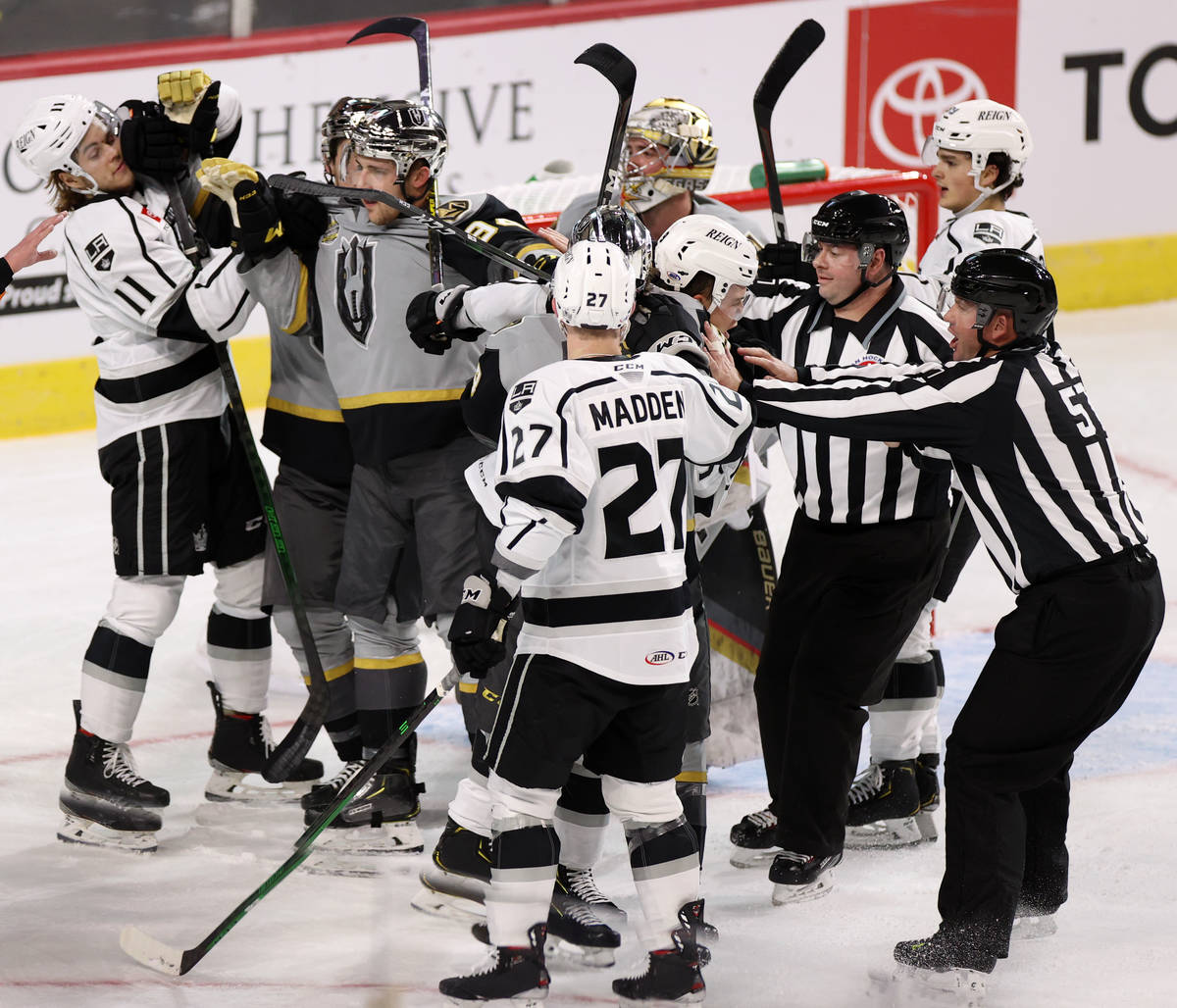 The Ontario Reign is back in action on Wednesday night against Pacific Division rivals the Henderson Silver Knights. It’s the third of a four-game road trip for the Reign and will be the first meeting between the two teams this season.

Saturday’s overtime win over Abbotsford brought the Reign’s record to an AHL-best 6-0-0-1. Henderson snapped a three-game losing streak with a 4-2 win over Bakersfield, also on Saturday. The Silver Knights sit 6th in the Pacific Division at 3-2-1.

TJ Tynan’s overtime goal against Abbotsford was his first of the season to go along team-leading nine assists. His ten points are also a team-high. Martin Frk leads Ontario in goals with four.

Sean Durzi is tied with Kale Clague (currently with the Kings) and Jacob Moverare with four assists to lead Reign defensemen. Durzi’s six points are also at the top of the team among defensemen.

Between the pipes, Matt Villalta is now 4-0 with a 1.99 goals-against average and .924 save percentage and is expected to start after Garret Sparks handled those duties in the last game.

For Henderson, the team leader in points is Peyton Krebs (5), but he is in Vegas, so he won’t be someone the Reign has to worry about. Pavel Dorofeyev’s four goals are the most on the team. He’s tied with three others in points, also with four. Two of those are defensemen, Daniil Miromanov (2-2) and Peter DiLiberatore (1-3).

Logan Thompson has played five of the six Silver Knights games this season. He is 3-1 with a 2.93 goals-against average and a .923 save percentage. Rookie Dylan Ferguson stopped 26 of 28 shots in a 3-0 loss to Abbotsford.

Ontario is 10-for-35 on the power play (28.6%). Tynan leads the way in power-play points with six – all assists. Frk leads in goals with three and is second in points with four.

The Silver Knights are 6-for-27 with the man-advantage (22.2%) and 24f-for-32 on the penalty kill (75%). Krebs leads Henderson in power-play points with three (all assists). Among active players, rookie Lynden McCallum’s two points are a team-high. Six different players have tallied a power-play goal; no one has more than one.

The Reign were outplayed badly in their last game but still managed to come away with the win. Here are how they shake out in shot-attempts through seven games: