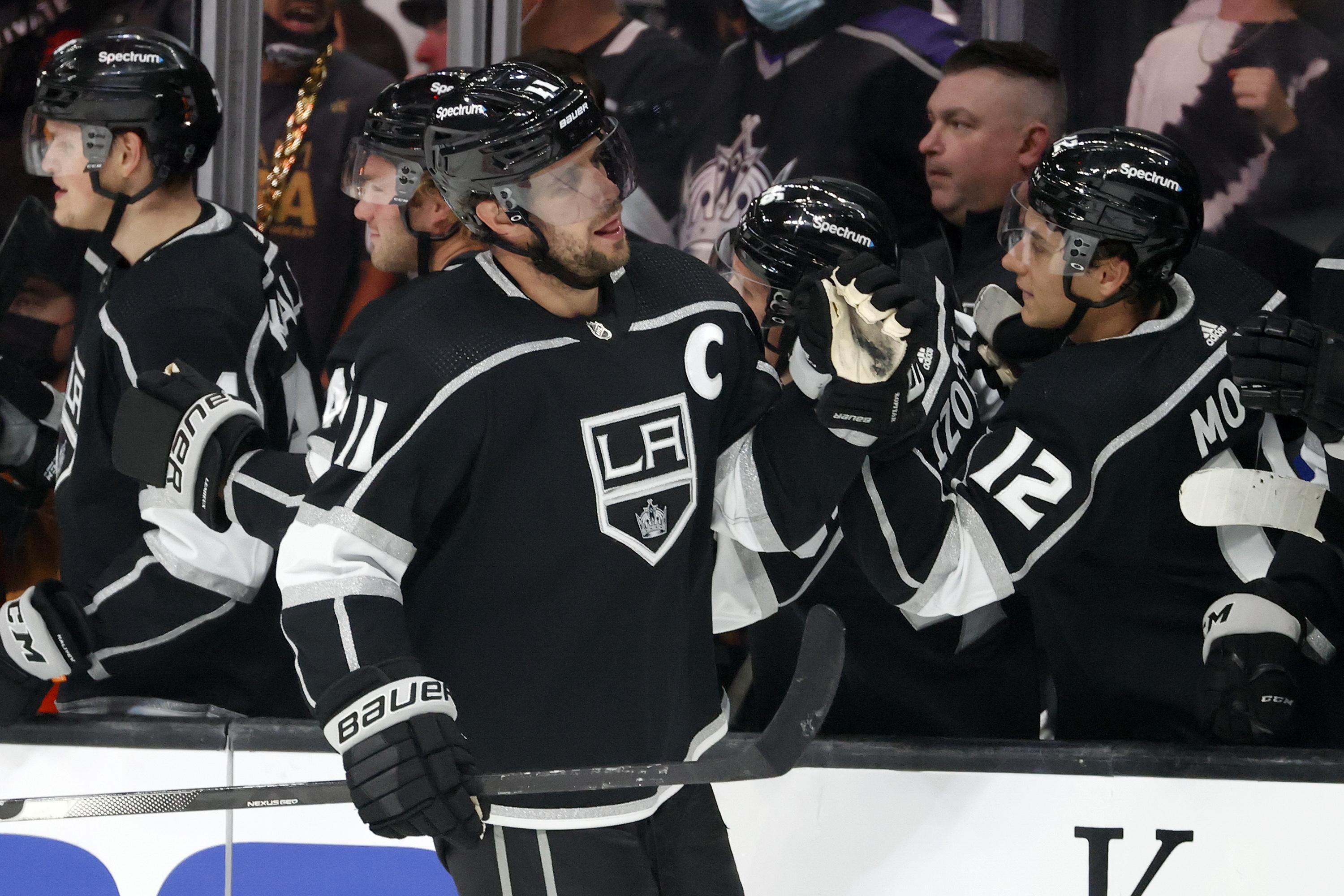 After the season’s first month, the LA Kings sit with a 3-5-1 record and tied for last in the Pacific Division. After winning in dominating fashion on Opening Night, Todd McLellan’s group lost their next six. They finished the month off on a high note, however, collecting back-to-back wins over the weekend.

Before play officially begins in November, let’s look back at the three most exciting moments in October.

After Drew Doughty and Sean Walker were lost to injuries, the younger defensemen on the LA Kings roster have been asked to play out of their comfort zone. For Tobias Bjornfot, that means being more aggressive. Coming into the season, McLellan noted that the team would need more from their back end to take the next step in their development.

A defense-first defenseman, Bjornfot arguably had his best game in Sunday’s second leg of a back-to-back. After trailing and tying the game at two goals apiece, Bjornfot joined the rush, receiving the puck in the attacking zone, before skating around a couple of defenders. Walled off on the left side, the 20-year-old shoveled a pass to the front of the net, where Alex Iafallo buried the puck home for the game-winning goal.

“We talked about Toby’s game getting better, night after night, and him using his legs,” McLellan noted. “Early in the year, he played in between, he was just about there but not all the way there. Tonight, even last night, a few games ago, Trent Yawney talked to him and said, get aggressive, get going, and we saw that from him. Great legs, both offensively and defensively, good for him.”

2. Arthur Kaliyev’s across-ice pass to Gabe Vilardi on the PP

While the game itself will be remembered when Drew Doughty was injured, Arthur Kaliyev had one of the best helpers you will see from a young player against the Stars on October 22nd in Dallas. The former 2019 second-round pick is known for his lethal shot, but his passing ability and vision are a couple of his more underrated characteristics.

On Stars defenseman Jani Hankapaa’s game misconduct penalty on Doughty, Sean Walker settled the puck at the blueline before dishing the puck to Kaliyev on the left side of the ice. All in one motion, the 20-year-old skated just above the left dot while keeping his head up, and fired a precise pass across the ice to Gabe Vilardi, who rocketed the puck past Dallas netminder Braden Holtby.

“I thought Arty made a difference there, with his size and his physicality, he skated and protected pucks, he bought time for Gabe to get involved and Mooresy certainly helped out,” the Kings’ head coach said.

Kaliyev with a TERRIFIC pass to Vilardi, who lights the lamp. 2-1 LAK. #GoKingsGo pic.twitter.com/8tUmT4Gk2B

The Kings could not have asked for a better start to the 2021-22 season. Facing a Stanley Cup contender in the Vegas Golden Knights, Anze Kopitar paced all skaters, scoring three goals – his first hat trick since March 2018 when he scored four goals against the Avalanche.

Vegas scored the first goal of the game, and Kopitar noted the biggest difference between this year’s group and previous seasons was that the opening goal didn’t seem to faze them one bit. He was right as the Kings went on the score the next six goals of the contest.

Kopitar had goals in each of the three periods. His final goal came on a play in transition where Viktor Arvidsson collected a loose puck at mid-ice and headed the other way. The former Nashville Predator fed the puck to Kopitar, who beat Vegas netminder Laurent Brossoit with a beautiful backhand shot.

“When your captain can come out and play that type of game tonight, it sets the tone for everybody,” McLellan said.

Anze Kopitar completes the hat trick with a beaut of a backhand tally late in the third!