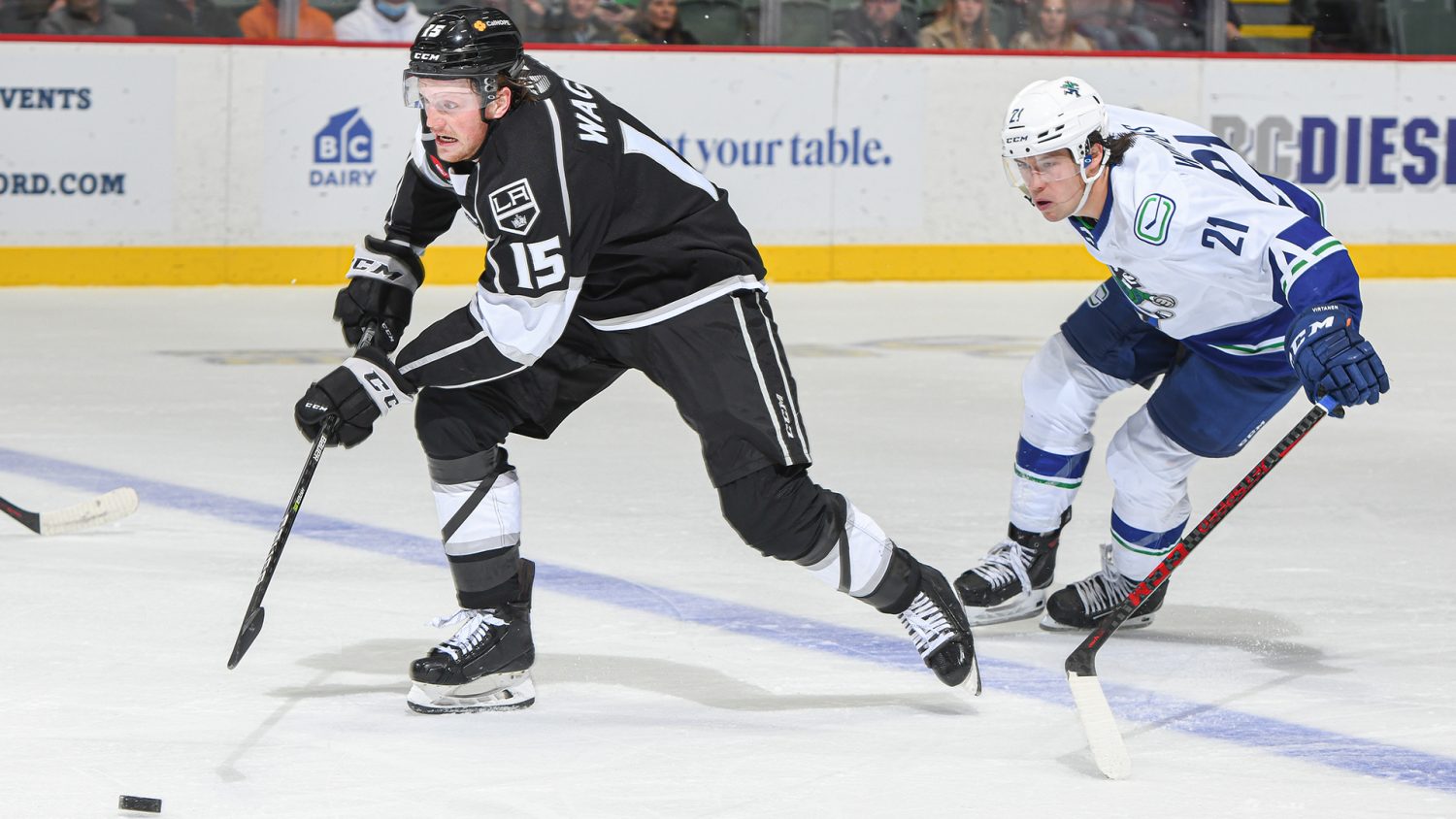 TJ Tynan scores in overtime to give the Ontario Reign the 3-2 win over the Abbotsford Canucks and improve to 6-0-0-1.

The Ontario Reign had to deal with a much better Abbotsford Canucks team on Saturday night but were still able to pick up a win, 3-2 in overtime on a TJ Tynan game-winner, to improve to 6-0-0-1 on the season.

On their heels for the first half of the first period, the Reign scored two power-play goals in the opening 20 minutes to take a 2-0 lead to the middle frame. Abbotsford would get one in the second and the third to get the game to overtime.

Here’s how the Reign lined up in the second of the back-to-backs:

Rest of the lineup for the Reign in Abbotsford tonight:

It was a very high-paced first period, with Abbotsford coming out much quicker than the night before. They completely dominated the first eight minutes of the game, holding leads in shots on goal (11-4) and shot attempts (20-8). But a Vincent Arseneau double minor for high sticking put the Reign on the power-play, and they made the Canucks pay.

First, it was Martin Frk:

Frk with a powerplay goal! His 4th goal of the season. 1-0 #Reign pic.twitter.com/ZE0cV7CAsL

Still having the second half of the power-play, a very nice passing play ends with Jaret Anderson-Dolan cleaning up the rebound from Frk’s one-timer:

2-0 #Reign! Jaret Anderson-Dolan with his second goal of the season! pic.twitter.com/kWBNCZGE0V

The period stats ended far more even after that penalty, with the Canucks holding a 14-11 edge in shots on goal and 26-23 lead in shot attempts.

In the second, Abbotsford used their first power-play to get on the board. Phil Di Giuseppe took a Travis Hamonic pass and beat Garret Sparks low to the far post:

Phil Di Guiseppe hammers it home to shrink the Ontario lead to a single goal at the 5:09 mark of the second period!#AbbotsfordCanucks pic.twitter.com/ePTbTRz4L8

Abbotsford controlled much of the third period as well, out-attempting the Reign 23-16. Sheldon Dries found the back of the net off a pass from Sheldon Rempal to tie the game at two:

Tonight's delivery of the game is brought to you by @panago_pizza.

The Sheldon to Sheldon connection ties the game for the #AbbotsfordCanucks! Sheldon Rempal with the feed and Sheldon Dries finds twine 🥅 pic.twitter.com/YK0t8f4aI9

In the overtime period, Tynan and Jaret Anderson-Dolan work a 2-on-2 to perfection:

Overall, this was probably a good, gutsy type of win for the Reign. Outplayed badly early on, they went up 2-0 and, despite losing the lead, still found a way to win in overtime. They’ll certainly feel good leaving Abbotsford with four points.

For as dominant as Ontario was last night, it was a different showing this time around:

Up next for the Reign will be their first visit to the Henderson Silver Knights on Wednesday night.