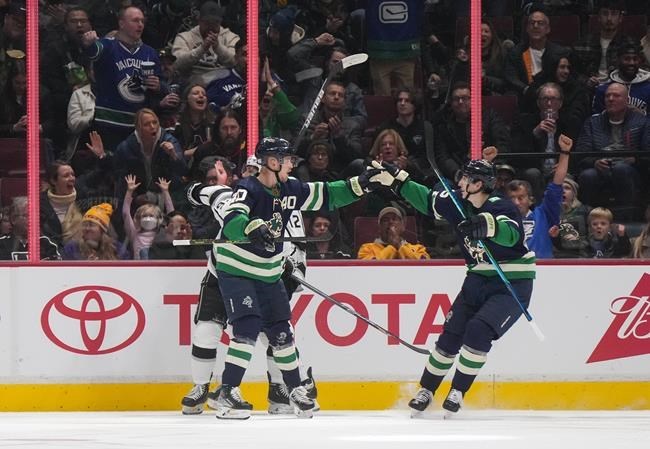 The LA Kings followed up Wednesday night’s hard-fought win over Edmonton with a dud in Vancouver, losing 4-1 to the Canucks.

A Night To Forget

This had to be one of the more annoying games to watch if you are an LA King fan. The Kings ran into a good goaltender in Southern California native Thatcher Demko and some questionable officiating, keeping them to one goal on the night. A tough pill to swallow going up against the Canucks, who seem to have LA’s number of late. Vancouver now has an 11-game active point streak against the Kings, going 9-0-2 in that span.

It looked as though head coach Todd McLellan tried his best to keep all four lines and three defensive pairs involved toward the end of the game, almost conceding the unfortunate result. Probably a smart move with the match-up tonight against the resurgent Seattle Kraken.

Todd McLellan didn’t hold back his criticism of a few individuals in the lineup during the postgame media availability.

Here’s the entire Todd McLellan quote calling out some individuals in the LA lineup.#GoKingsGo pic.twitter.com/MiJJM1osTR

Now, it’s hard to say exactly who he’s talking about here as no names are mentioned, but I believe it has to do with the third line. The first line was good, and the second and fourth lines can be reliable. The line of Carl Grundstrom, Rasmus Kupari, and Kevin Fiala are, at times, wildcards in the lineup. All three players can tend to play out of the systematic style the Kings are looking for, thoughh I could be wrong.

Time for a new look on defense

I don’t think Sean Walker has been the lone problem for the Kings’ defensive woes this season. That’s not how this should come across. But LA has what feels like so many better options, young options, available to step into the NHL lineup. It’s time we see some of those players get their chance.

Jacob Moverare is on the trip with the Kings as their wrap up their four-game roadie in Seattle tonight. It might be asking a lot to make a lineup change with only one game left before heading home, but I’d like to see Moverare get a look. Having him in the lineup over Walker could move Sean Durzi to his strong side and get him more comfortable on the ice.

UP NEXT: The Kings finish their road trip tonight in Seattle as they take on the Kraken at 7 PM PT.