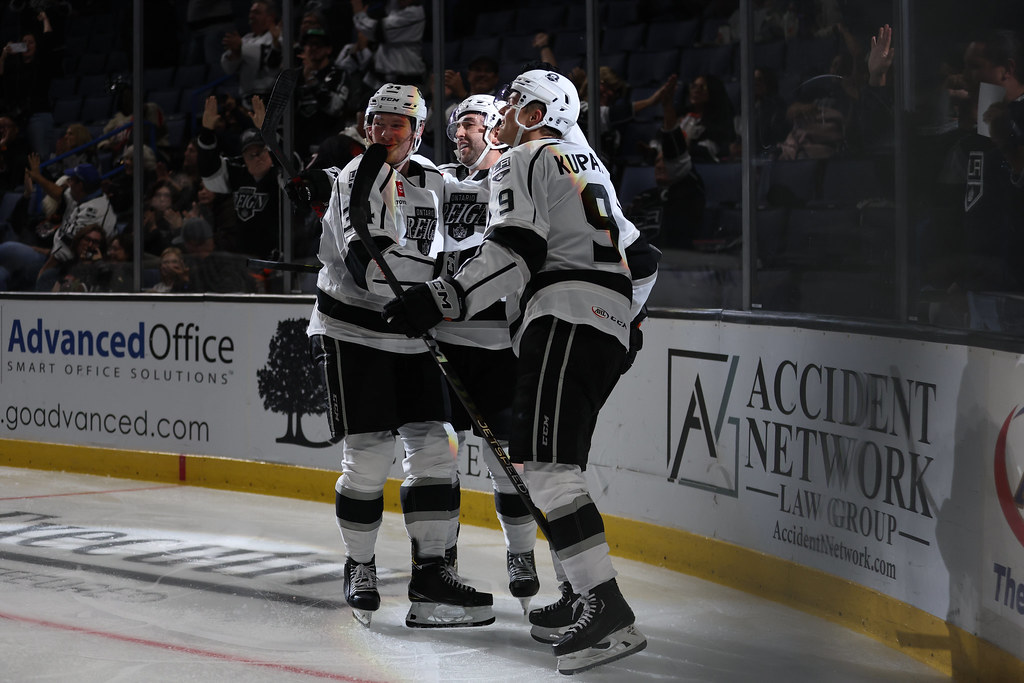 We will be doing something new for Hockey Royalty this year. After every week of Ontario Reign games, we will do a “Three stars of the week,” where we pick three players that shined and performed well from the previous week. This Reign’s three stars of the week piece come from October 17th through October 23rd.

A handful of players could have made the list this week. Unfortunately, only three can make the cut.

Alan Quine has played on the second line and has looked well for the Ontario Reign so far, especially this past week. Quine registered two goals for the Reign this past week, with both of them being game-winners.

Quine’s first goal of the week came in a 5-3 Reign win against the Henderson Silver Knights. It was also his first goal as a member of the Ontario Reign. Quine’s two game-winning goals were good enough to earn him the third star of the week.

Pheonix Copley only started one of the three games last week but was excellent in his lone start. Copley’s lone start came against the San Diego Gulls on the first night of a back-to-back. Copley got peppered with 35 shots on goal in the second and third periods combined and kept the Reign in the game. He even came up big on a penalty shot stopping Gulls forward Blake McLaughlin.

Copley was 3:46 away from a shutout until a powerplay goal by veteran Rocco Grimaldi ended it. He earned the victory by stopping 44 of 45 shots. Copley’s outstanding performance between the pipes earned him the second star of the week.

What a week it was for Rasmus Kupari. The former first-round pick in 2018 had a slow start to the season and didn’t stand out in the first two games. That changed this past week as Kupari looked more noticeable by leading the rush and generating offense. His five points on the week were the most by any Reign player.

Kupari was the best skater for the Reign in all three games. For his performance, Kupari was named the first star of the week.