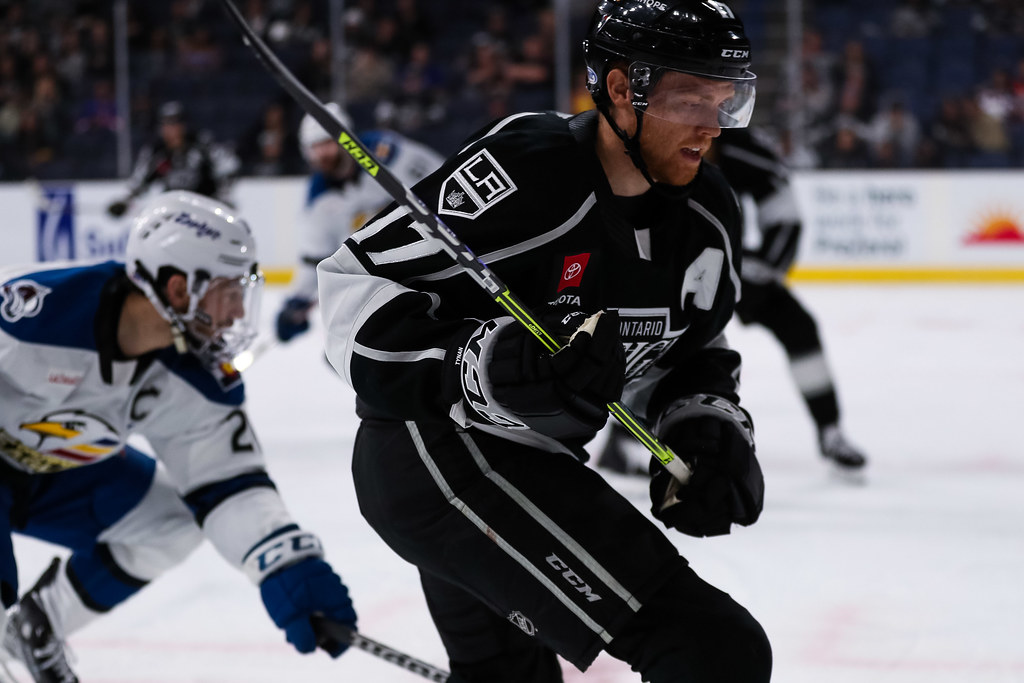 On Friday afternoon, the Ontario Reign named TJ Tynan as their new captain for the upcoming 2022-2023 season.

We ©️ you TJ – we're proud to introduce the next captain of the #ReignTrain!

After Brett Sutter, who wore the “C” for five seasons, signed with the Calgary Wranglers in the offseason, meant there was an opening for the captain spot. While there were a couple of players who could have gotten the “C”, it eventually went to Tynan.

Tynan will be the Ontario Reign’s third captain since the team relocated from Manchester, New Hampshire. The previous two captains were Vincent LoVerde and Brett Sutter. While losing Sutter’s leadership hurts, Tynan will do a great job filling that void. Being a team captain is nothing new to Tynan as he was previously the captain of the Colorado Eagles for two seasons before joining the Ontario Reign in the summer of 2021.