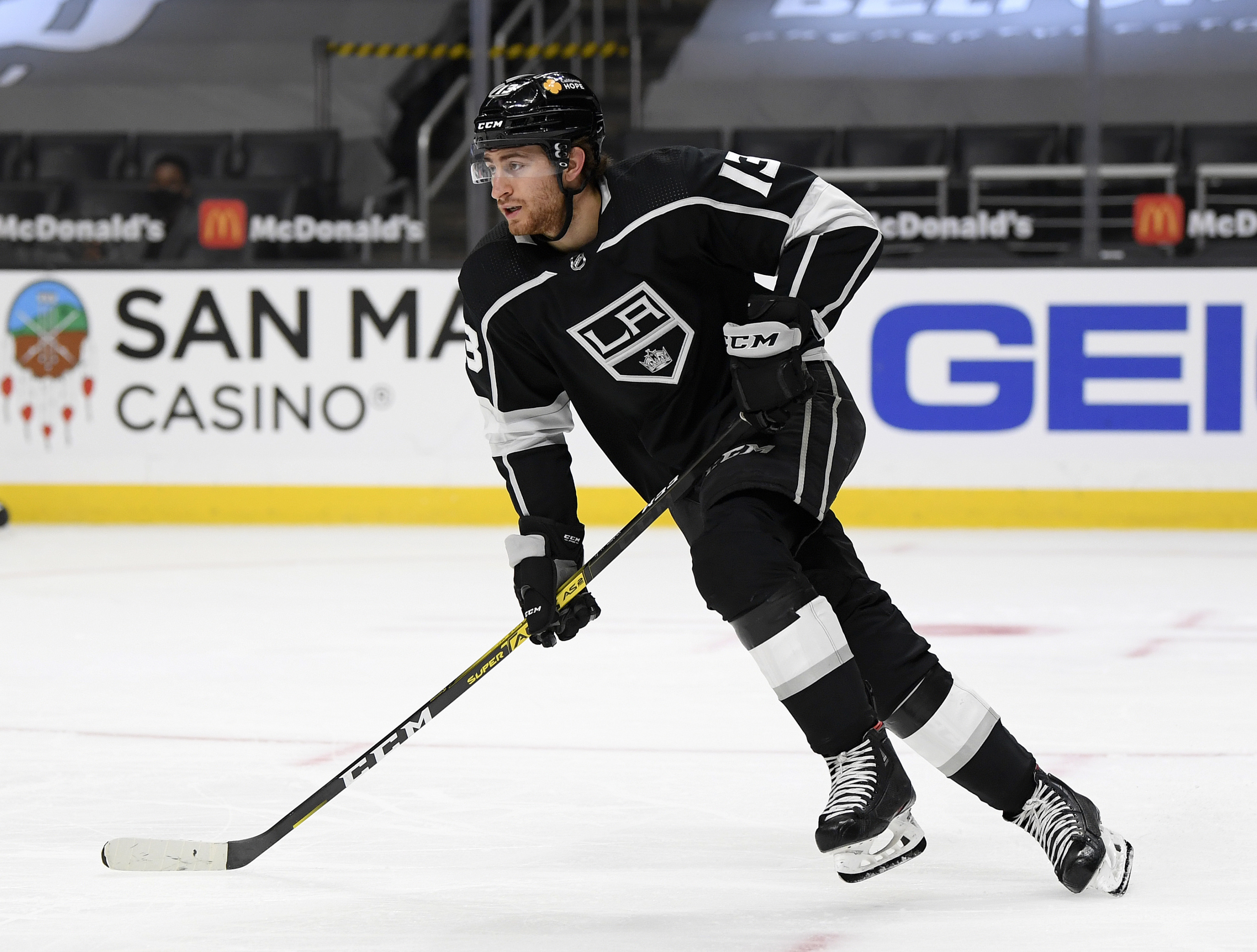 For the second year in a row, Gabriel Vilardi is putting together a strong pre-season for the LA Kings. In five pre-season games, Vilardi has three goals, one assist, and 13 shots on goal.

I went back and watched each of his shifts in the most recent game against the Vegas Golden Knights in Thursday’s Frozen Fury.

The biggest takeaway for me is how much more of a physically engaged Gabriel Vilardi we are seeing this time around (at least, in my opinion). He’s more than willing to get involved in battles, whether in front of the net or along the walls.

The offensive zone is where Vilardi is at his best. He’s continuing to get more comfortable as a winger in the defensive zone, though that will continue to take time. I don’t consider him a player that is overly dangerous through the neutral zone and off the rush, but his forechecking ability is a little underrated.

All videos courtesy of InStat.

In this first clip, Vilardi enters the zone with the puck along the right wing. He pivots his body slightly to see if he has any support coming. It appears he may want to make a pass to Trevor Moore, who is coming late, but there is a Vegas player too close to Moore.

Vilardi takes the puck around the net and protects it well from Alex Pietrangelo. You’ll notice as he stops to turn back, he takes a quick peek over his shoulder. This is where he spots Moore, who is now at the bottom of the right circle.

He then fires a nice cross-zone backhand pass to Moore for a scoring chance.

In this next video, we see a little bit of everything.

First, after the faceoff win by Phillip Danault, Vilardi gets to his spot along the right wing to be an outlet for Brandt Clarke. I mentioned how there are going to be situations that will still be a work in progress for Vilardi on the wing, this is one of them. He tries to make a pass across the zone, but it ends up coming back into the LA end of the ice. His better option initially in this sequence is to go back to Clarke.

However, Vilardi gets the puck shortly after in a similar spot; this time he is more patient and is able to feed Jacob Moverare to start the breakout.

In the rest of the clip, Vilardi gets into the zone, plays the body behind the net, then works his way to the front for a tip opportunity.

The next shift is on the power play. I’ll be honest, I am simply not at all a fan of this look. Adrian Kempe has the puck along the left wall with no passing option.

I think Vilardi is better suited here behind the goal line as a support option for Kempe. That said, you’ll see in the video Kempe’s patience – and with the help of some poor penalty killing – the Swedish winger is able to find Kevin Fiala in the right circle for a shot on goal.

Now, I know Vilardi scored a goal from the crease on the power play against Anaheim just a couple of games ago. I think the difference is timing. In the above video, Vilardi immediately goes to the backdoor, it’s easily seen by Vegas, and his option is taken away. In his goal against the Ducks, he timed this move a little bit better when it got over to Kempe on the right side.

Here, Vilardi shows us the multiple ways he’s been effective early on. He’s in on the forecheck down low, in front of the net, and then shows off his offensive instincts in getting himself and his teammates into scoring opportunities.

Finally, I’ll end it with a shift that I loved to see out of Vilardi. As someone who is a fan of his for the skill level that he brings, it’s a shift like this that could really make it hard to take him out of the lineup. First, he gets himself into a good position for a shot on goal. After, he muscles William Karlsson off the puck before winning a puck battle against Brayden McNabb.

We have been aware of the skill that Vilardi brings to the table. If he’s able to be as engaged as he has been physically and in the dirty areas of the ice, he could thrive in a role similar to Arthur Kaliyev’s last season for the LA Kings.