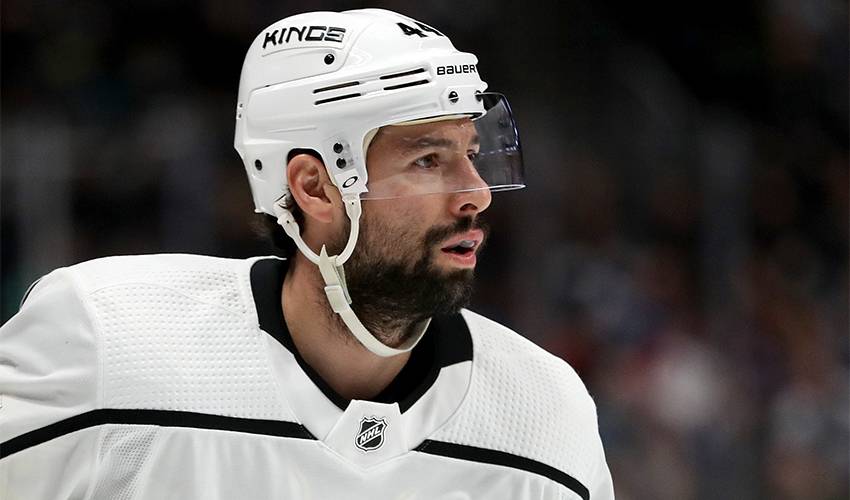 With training camp starting on Thursday, we are previewing each player on the LA Kings roster. Up next: Nate Thompson!

Nate Thompson has bounced around a bit in the later stages of his NHL career. In the 2021-22 season, the former King suited up for 33 games with the Philadelphia Flyers. The 37-year-old tallied a goal to go along with two assists and 31 penalty minutes during his time in Philly.

While he wasn’t someone that was asked to play significant minutes, Thompson did average over 11 minutes of ice per game, so there still is a little left in the tank.

Thompson played in parts of two seasons with the LA Kings during the 2017-18 and 2018-19 seasons. He totaled five goals, seven assists and 27 penalty minutes in 79 games in Los Angeles.

Even at this stage of his career, he’s more than willing to drop the gloves:

On September 14th, the Kings signed Thompson to a Professional Try Out (PTO). This gives Thompson the opportunity to be involved in an NHL training camp should a team be interested in his services.

I wouldn’t think the likelihood of Thompson earning a spot with the Kings is likely, but certainly a player many around the league hope will find a home somehwere.