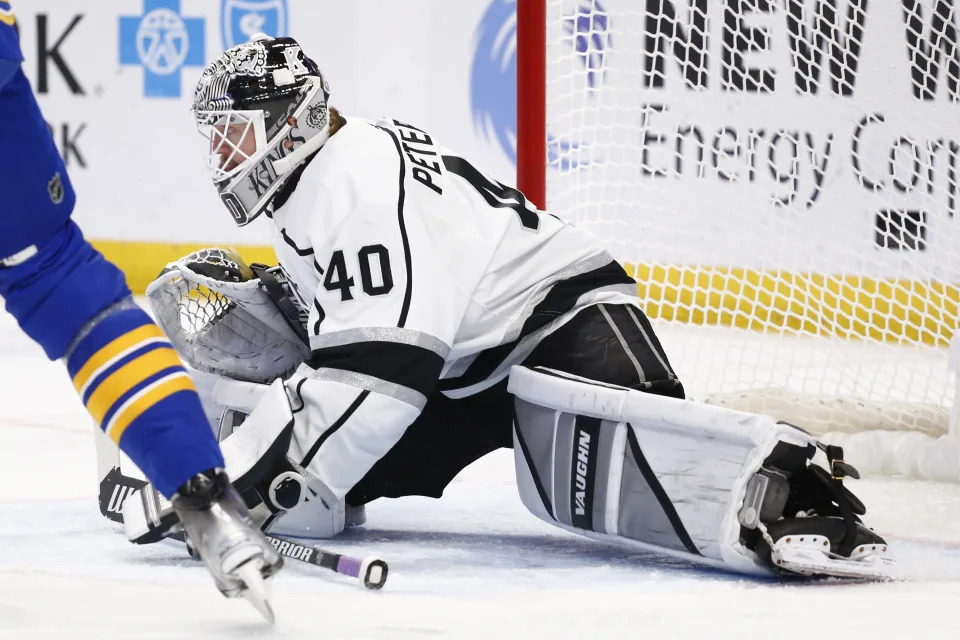 With training camp right around the corner, we are previewing each player on the LA Kings roster. Up next: Cal Petersen!

Prior to the 2021-22 season, Cal Petersen signed a three-year, $15 million contract. Though the contract didn’t kick in until the 2022-23 season, it was a clear vote of confidence from the front office that Petersen would be expected to be the guy to take over for Jonathan Quick as the starting netminder.

While it’s difficult to pinpoint one specific thing that went wrong for Petersen in terms of the technical aspect, it’s easy to see he struggled with consistency. In his first five games of the season, he only gave up more than two goals once. The problem is in that game, he gave up seven.

The 27-year-old was prone to blow up outings, allowing five goals or more on seven different occasions. There were, however, moments of brilliance:

While the three-year contract may have been premature, few could have envisioned such a drastic fall from Petersen. He is only one year removed from being one of the best goalies in the NHL in high-danger save percentage (per MoneyPuck.com). There is clearly a talented goalie here.

There may not be a player in the organization with as many eyeballs on them this season as Petersen. With his new deal kicking in and Quick entering the final year of his contract, the safety net of the aforementioned Quick is running out, and the time for Petersen to show he can handle starting goaltender duties is fast approaching.

If Quick is as effective as he was last season, that will help ease the burden on Petersen. The Kings can only benefit from having two goaltenders playing well. Another sub-par season from Petersen, though, will leave a lot more questions heading into next summer.