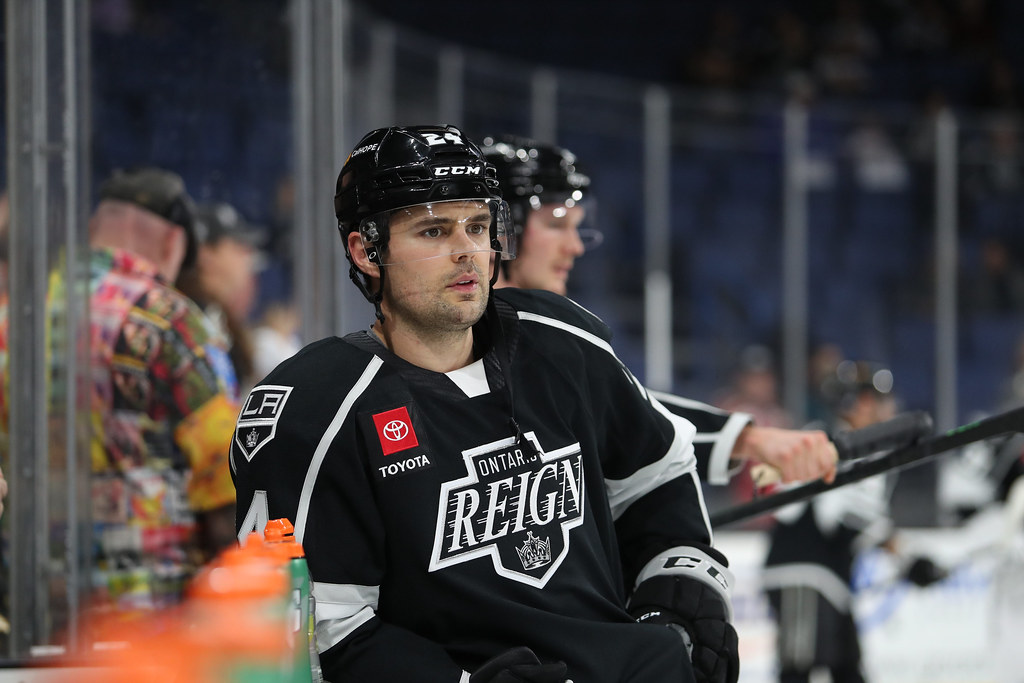 With training camp right around the corner, we are previewing each player on the LA Kings roster. Up next: Cameron Gaunce!

Gaunce entered his second season in the Kings’ organization, both with the Ontario Reign. With the organization’s depth at the left-handed defenseman position being thin, it made sense to bring Gaunce back. Gaunce started the season on the third defensive pair but with call-ups and injuries, he eventually moved up and stayed on the first defensive pair unit until the season’s end. With the Reign being a very young team, Gaunce was a good veteran to have for the young but talented defensive group.

While Gaunce is a defense-first type of guy, he did provide some offense for the Reign. For the season Gaunce played in 61 games and registered 7 goals, 20 assists, 27 points, and a +12 rating. Not bad for a guy whose game is more focused on defense. Don’t let it fool you, Gaunce can provide some offense if needed.

Gaunce will return this year to the LA Kings organization on a one-year AHL contract. He will stay in the AHL again this year. With the Reign having limited options on the left side of the defense (just like the parent club), Gaunce is expected to be on the first defense pair. Gaunce will also provide leadership and be stable on the backend of the blue line. The question of who he will be paired with remains to be seen, but I would expect it to be either Spence or Grans.