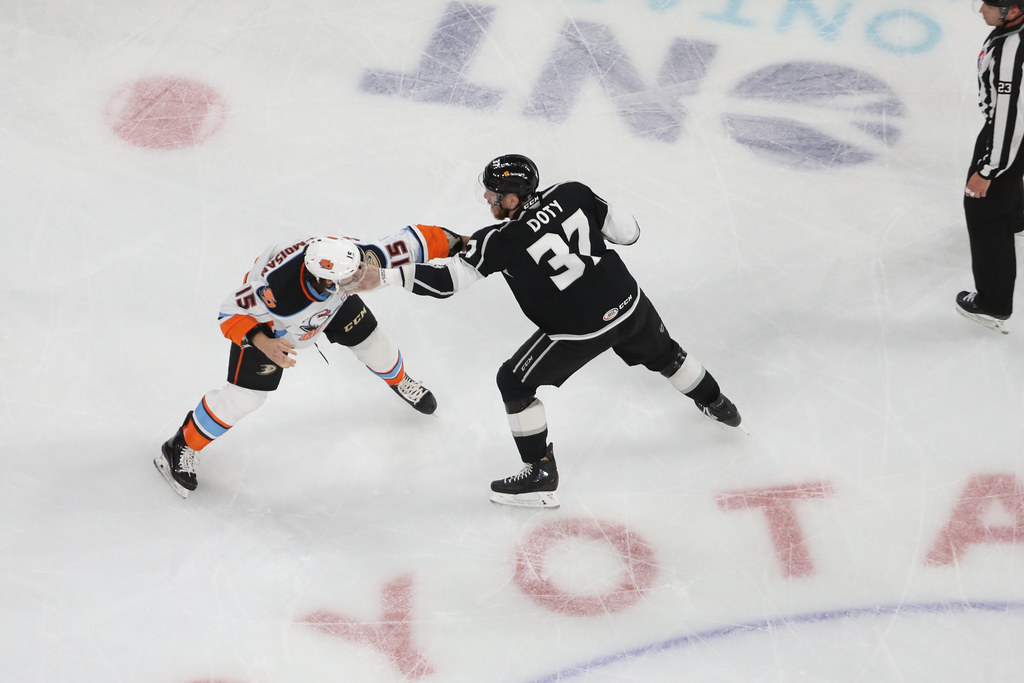 With training camp right around the corner, we are previewing each player on the LA Kings roster. Up next: Jacob Doty!

Last season marked Jacob Doty’s third year in the LA Kings organization (all with the Ontario Reign). Doty was mainly used on the fourth line in the 41 games that he suited up in. Not known for his scoring, Doty isn’t afraid to throw his weight around and get into scrums or under the opponent’s skin.

His teammates love him as he is always the first one to come to their defense. Doty’s 89 penalty minutes were 2nd on the team last year for the Reign – Austin Wagner lead the team with 107. While racking up the hits, scrums, and some fights, Doty did register three points during the season. His only goal of the year came against the Tucson Roadrunners.

Doty will be returning to the Reign under an AHL contract for the upcoming season. I would expect the usual physical, veteran presence this coming season. Don’t expect many points to be put up by Doty but expect him to be a wrecking ball out there when on the ice.

Just like last year, Doty will be on the fourth line again. With the Reign getting a few new faces, it’ll be interesting to see how Doty is used. At certain points last year, he was a healthy scratch but would draw into the lineup if his physical presence was needed against a certain opponent. I would expect that to possibly happen during this season.