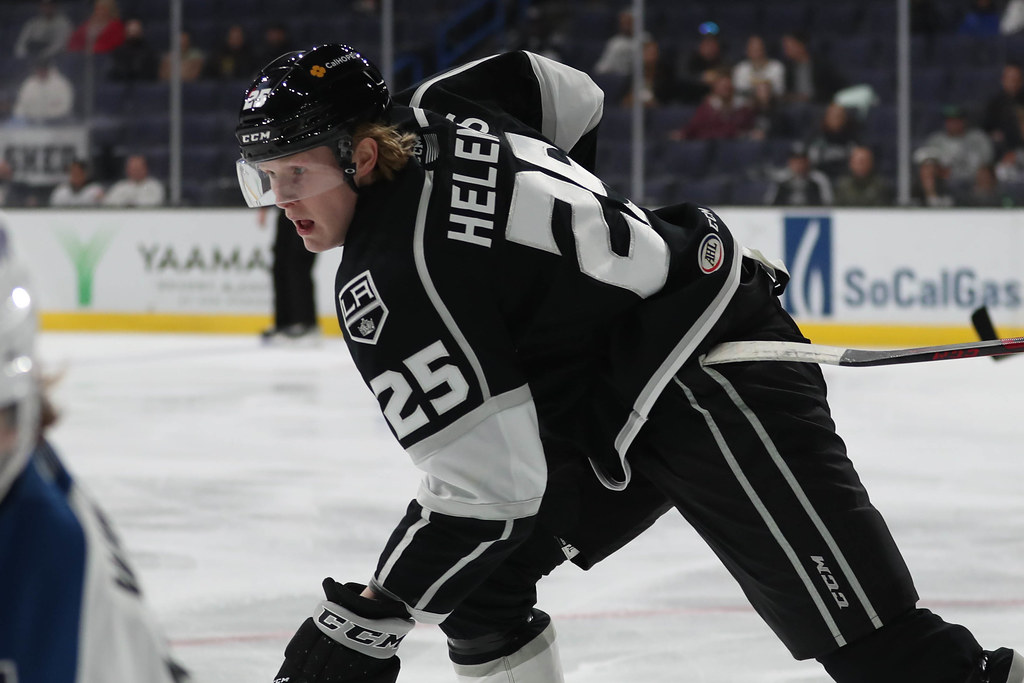 With training camp right around the corner, we are previewing each player on the LA Kings roster. Up next, Samuel Helenius!

After being drafted by the LA Kings in the 2nd round in 2021, Helenius played in Liiga with JYP. During the season he recorded nine points in 48 games. After the season in Liiga ended, Helenius joined the Ontario Reign where he would make his AHL debut on March 30th against San Jose but wouldn’t record a point. In his 12 games in Ontario Helenius recorded just one goal as he adjusted to playing in the AHL. He didn’t suit up for any playoff games as the Reign bowed out against the Colorado Eagles for an early playoff exit.

There’s a lot to like about Helenius. He’s a big 6-foot-6 forward that is good defensively and isn’t afraid to use his size (the Kings have a knack for drafting those big centers). This coming season will be his first full season in the AHL. Last year, when inserted into the lineup, Helenius was placed on the fourth line and it’s safe to assume he probably will be there again this year.

Samuel Helenius ('21) with the curl and the beautiful finish. Talk about hitting your spot with authority.

As mentioned above, he does play a good defensive game and could be trusted defensively in certain parts of games throughout the season. Also with his size, he isn’t afraid to go the front of the net so don’t be surprised if you see the 6-foot-6 forward set screens out there in front of opposing goalies. With it being his first full year in North America, the 19-year-old forward will have time to slowly adjust and improve his game throughout the season.