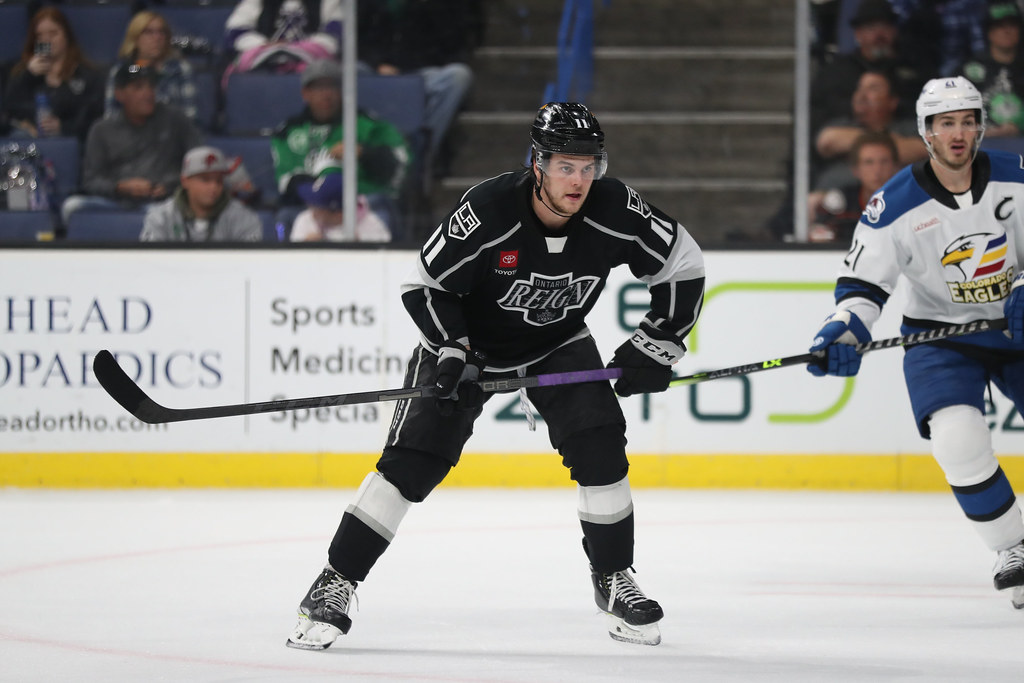 With training camp right around the corner, we are previewing each player on the LA Kings roster. Up next, Samuel Fagemo!

Entering the season, Fagemo had looked to improve his overall game. His defensive zone coverage early on in the season caught former Reign head coach John Wroblewski’s attention. He was given penalty kill time, and as the season progressed, he would be put on the ice in critical defensive zone situations late in games.

While his scoring was somewhat quiet at the beginning of the season, he eventually hit his stride. Fagemo’s play earned him a call-up to the Kings in January, where he would go pointless in four games with a -2 rating.

Samuel Fagemo might have the best flow ever seen in a rookie lap. 😎 pic.twitter.com/LHJ0H0ojdN

While a short stint with the Kings, Fagemo returned to Ontario and would pick up where he left off before his call-up. The sharp-shooting winger would end up having a great season for the Reign registering 27 goals, 17 assists, and 44 points in 63 games.

With a crowded forward group in LA, I would expect Fagemo to start the season in Ontario. However, I could see him donning an LA Kings jersey at some point this season. With Martin Frk moving on to St. Louis, a spot is open on the first line, and that’s where I expect Fagemo to slot in on opening night. Playing on the first line with back-to-back reigning MVP TJ Tynan will really help his offensive numbers with how great Tynan’s passing skills are.

In addition to being penciled in on the first line, there is currently a vacant spot on the first power-play unit that Frk held. While not having that hard slap shot Frk had, Fagemo will fill in nicely stationed at the left circle. There is a chance he could reach the 30-goal plateau this season.