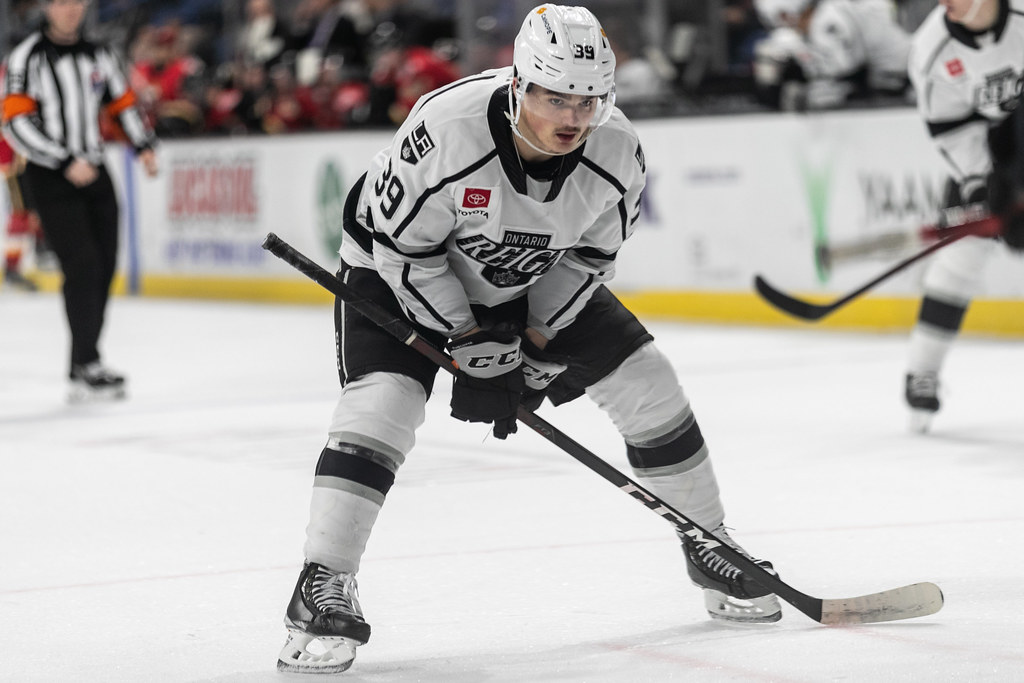 With training camp just around the corner, we are previewing each player on the LA Kings roster. Up next, Alex Turcotte!

Last season was Turcotte’s second season in Ontario and his first full season as a professional. In 27 games, Turcotte finished with six goals and 12 assists for 18 points for the Ontario Reign.

Tip: When the goalie is out of position simply put it in

One topic that surrounded Turcotte last season was if and when management would call him up to the Kings. On December 28th, Turcotte finally got called up to the Kings and would make his debut later that evening against the Vegas Golden Knights.

While not scoring a point in his debut, Turcotte did have a breakaway chance in the third period but couldn’t convert. In eight games with the Kings, he wouldn’t record a point. After being sent back down to Ontario he would, unfortunately, sustain a concussion against the Stockton Heat on a hit from behind that would sideline him for over two months. In the playoffs, he would again sustain another concussion on an illegal check to the head in game one of the series against Colorado that would end his season.

The main thing for Turcotte this year will be health. With the depth the LA Kings have at the center position, he’ll start the year in Ontario. With fellow teammate T.J. Tynan slotting in at center on the first line, Turcotte will probably slide in at center on the second line and see power-play time on the second unit like last year. I won’t go as far as to say this is the last chance for the 21-year-old, but there will be some expectation from both the fanbase and management for him to produce.