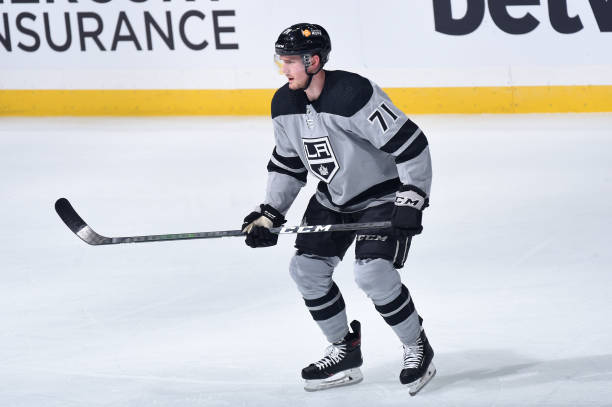 After playing four seasons with the LA Kings, defenseman Austin Strand has found a new home in Anaheim, joining the Ducks.

Strand was a Group 6 UFA.https://t.co/AR7gYasr6b

Strand’s contract with the Anaheim Ducks is a one-year, two-way contract. Whether playing for the Ducks or their AHL team in San Diego Gulls, he’ll have plenty of chances to face his former LA Kings and Ontario Reign, teammates.

After going undrafted, Strand signed a three-year contract with the Kings in November of 2017 but didn’t play a game that season. In four seasons with the Ontario Reign, Strand recorded 19 goals, 26 assists, and 45 points in 135 games.

These past two seasons he played in 21 games and recorded 3 points when called up to the LA Kings.

NEWS: We have signed a number of new Ducks! #FlyTogether https://t.co/rkUQhD6vgB

What happens to the defense in Ontario?

With too many right-handed defensemen on the NHL roster, Jordan Spence will most likely go back to Ontario as he is waiver-exempt.

The three defensemen to slot in on the right side for the Ontario Reign on opening will most likely be Jordan Spence, Helge Grans, and Frederic Allard.

With the right side of the defense set, there wasn’t a spot for Strand to play. Signing with the Ducks can give him an opportunity to maybe crack an NHL roster. Even if the chances are slim.

His physical presence on the blue line in Ontario will be missed. Wishing him nothing but the best in Anaheim, except when he plays against the Kings or the Reign.