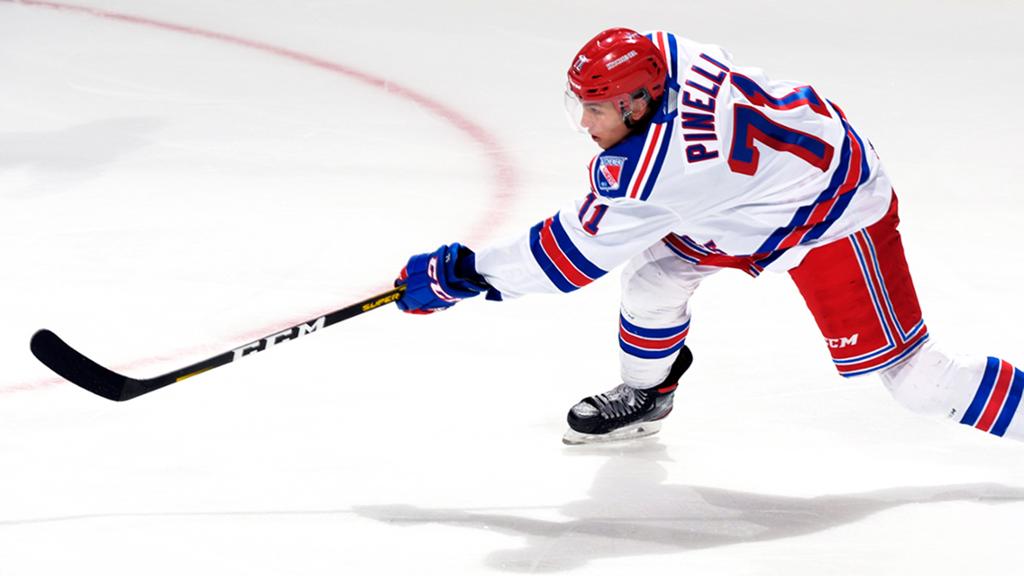 The LA Kings have officially agreed on a three-year entry-level contract with forward prospect Francesco Pinelli.

The @LAKings have signed forward Francesco Pinelli to a three-year entry-level contract worth an average annual value (AAV) of $867,500. The contract goes into effect at the start of the 2022-23 season.

Francesco turned 19 today (a great birthday gift, by the way) and was drafted 42nd overall in the second round in the 2021 NHL entry draft by the Los Angeles Kings. When Pinelli was drafted, he was freshly coming off of an 11-point season with HDD Jesenice of the AlpsHL, a Slovakian league that he was forced to play in due to the OHL shutting down the season because of the spread of COVID-19.

Pinelli was named the captain of his OHL team, the Kitchener Rangers, right before the start of the 2021-22 season. Since then, Pinelli has appeared in 53 games and has tallied 22 goals along with 58 points.

Weighing in at 185 pounds and standing at 6 feet tall, the Hamilton, Ontario native will likely finish his season off with the Kitchener Rangers. Pinelli has missed 11 games this season, yet he remains highest on the Rangers in PPG and third overall in scoring.

This signing adds even more depth to the already full center depth that the LA Kings have. Pinelli has played most of his career down the middle, and he’s expected to continue playing in that position.

Pinelli has previously compared his play style to Evgeni Malkin, which makes him a solid and creative offensive player with talent in the defensive zone.

It will be interesting to see how Pinelli develops, seeing how the competition for a roster spot on the already filled prospect depth chart will make it harder.

A big congratulations to Francesco himself, as well as a happy birthday! Probably the best birthday gift that he could’ve ever imagined.