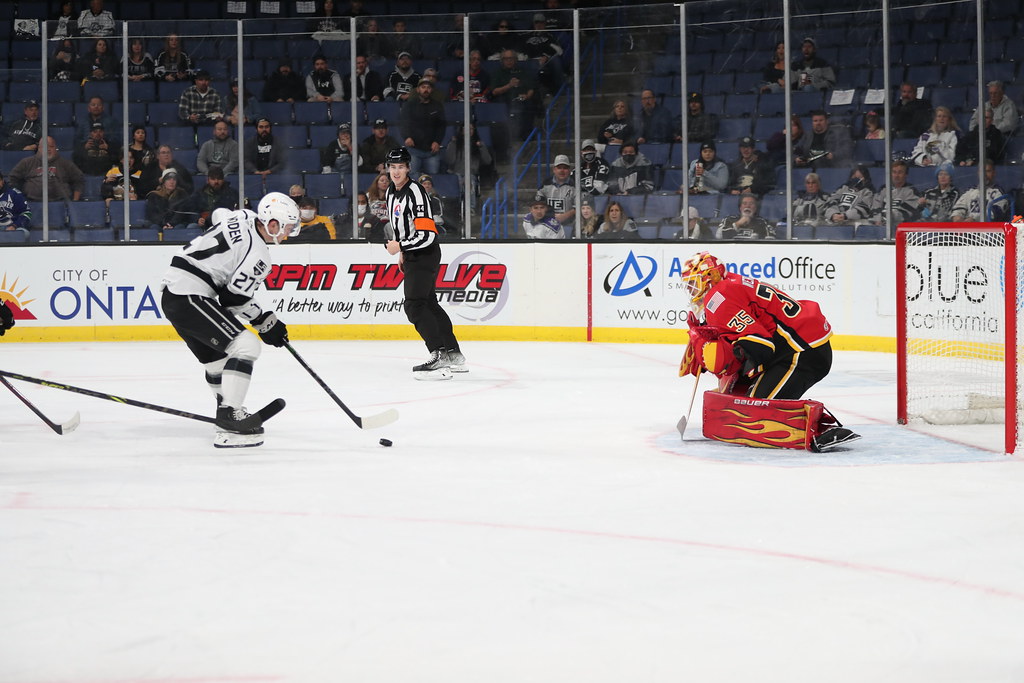 The Ontario Reign return home to face the Stockton Heat for the eighth and final time this season. Ontario is 2-2-1-2 against Stockton.

It’s been tough sledding for the Ontario Reign the last few weeks. Having lost eight of their last eleven games, the Reign will look to get back on track with a win today. It won’t be an easy task with the Stockton Heat in town this afternoon either. Today is the eighth and final meeting between the two teams this season with the Reign losing five of the seven matchups against the division-leading Heat. While the Reign won’t win the season series against their division rivals, there’s still a lot at stake, especially in the standings.

All the games against Stockton have had a playoff feel to them. In all seven games, only one game has a team won by more than two goals (that was the Reign in a 5-2 win on February 11th in Stockton) and four of the seven meetings have been decided by one goal. Three of the seven meetings have required either overtime or a shootout. You can bet that it will be another close game today as well. Let’s see if the Reign is on the right end of the final score and provide reign in the forecast.

What a year it has been for both T.J. Tynan and Martin Frk. Let’s start with Tynan first who signed as a free agent last summer to a one-year, two-way contract. In seven games against Stockton, Tynan has recorded eight assists. For the season, Tynan has registered 86 points on the year which has put him in a tie for first with Chicago Wolves’ forward Andrew Poturalski. The reigning AHL MVP from a year ago has put together an outstanding season to defend his title.

For Martin Frk, this is his third season with the Ontario Reign. On the season, Frk has 33 goals on the year which is good enough for third in the AHL. But in six games against the Stockton Heat, Frk has only recorded one goal. Going forward, the Reign will rely on their two veterans to lead the way if they plan to make a deep run in the playoffs.

The puck drops at 3:00 PM PT at Toyota Arena and can be on AHLTV.