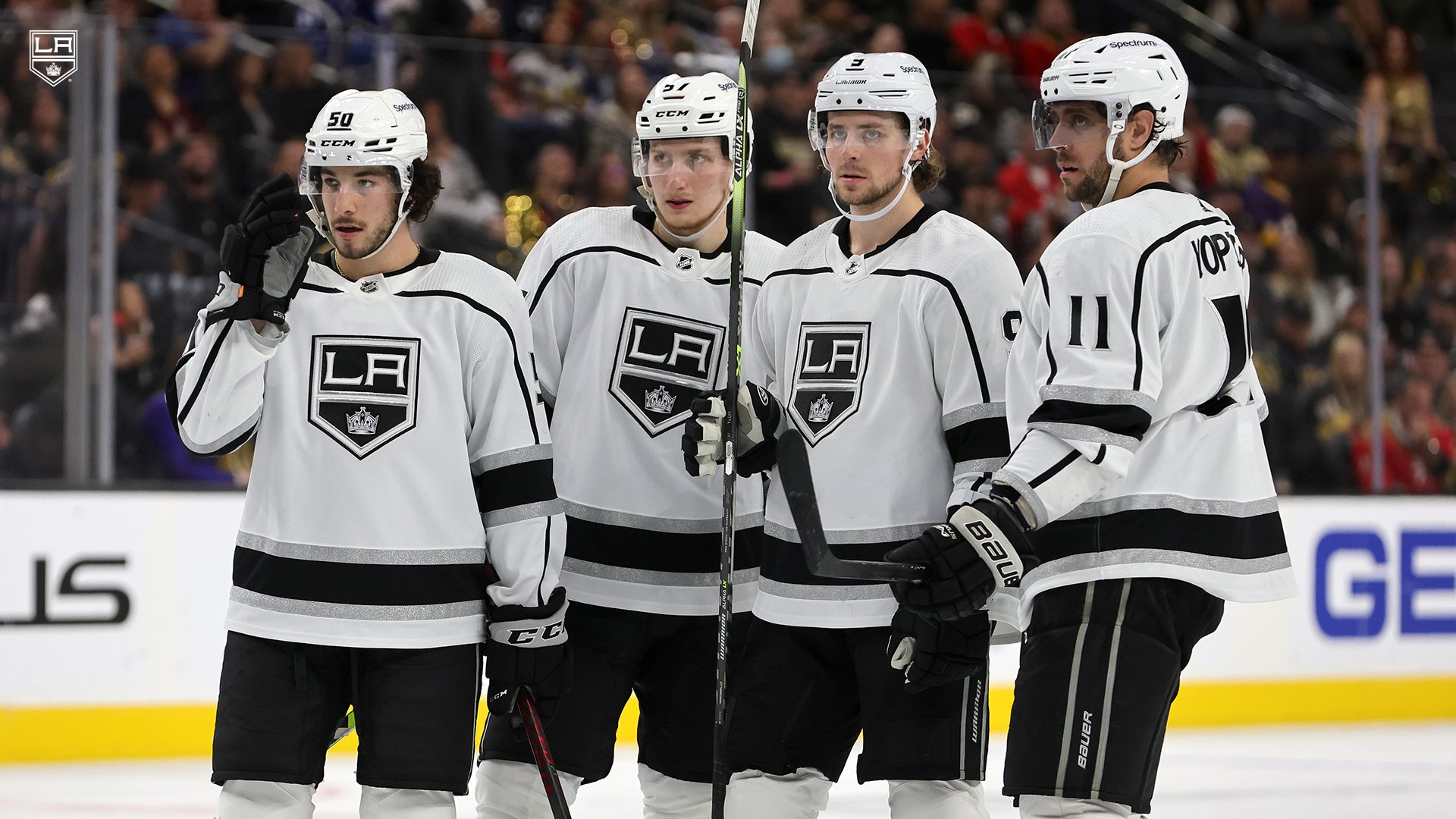 The 2013-14 NHL season is a year that all LA Kings fans love to reminisce about. With the glorious second coming of the Stanley Cup to the city of Los Angeles in a mere three years. The Kings were given their second crown after defeating the New York Rangers in only five games.

Everyone remembers the excitement and the emotion that ran through everyone’s veins the second that Alec Martinez popped in a shot on the rebound after now-Calgary Flame Tyler Toffoli fired at Rangers legend, Henrik Lundqvist. The horn ran on for a solid 30 seconds as the confetti came plunging from the roof at Staples Center. The Kings had come out victorious yet again.

That was the last time the LA Kings had won the Stanley Cup. Since then, it’s been a long and troublesome road back to success. The Kings were struck with multiple mediocre years before finally nose-diving deep into the sea of a vexatious rebuild.

This transition saw key players of the 2012 and 2014 championships get sent away in exchange for picks and prospects to build for the future. Jake Muzzin had been shipped away to the Toronto Maple Leafs in exchange for a first-round pick (now Tobias Bjornfot), Carl Grundstrom, and Sean Durzi. The player who assisted on the winning goal, Tyler Toffoli, was sent away to divisional rivals, the Vancouver Canucks. Toffoli brought back a second-round pick (now Brock Faber) and Tyler Madden. The hero that night, Alec Martinez, was traded to the Vegas Golden Knights in exchange for two second-round picks (both picks were later flipped).

It was a laborious and long-lasting process of waiting for the future to finally become the present. But it looks like the Kings have finally taken that next step of exiting the shadows of rebuilding, and are now entering the range of playoff expectations.

Seated in second place in the Pacific Division with 86 points, the Kings will look to close the year strong to gain a home-ice advantage over the Edmonton Oilers or Vegas Golden Knights, who sit third and fourth in the Pacific with 85 and 82 points respectively. A close, compelling race to the finish.

The Kings are more and more likely to make their first playoff appearance since 2018, and it has all of us Kings fans excited to see how far this group can push their limits.

LA is no stranger to a surprising playoff run. That’s what makes things so much more enthralling. When the Kings won their first cup against the New Jersey Devils in 2012, they finished the regular season with 95 points, landing third in the Pacific Division, and 13th in the league. (Remember, the Kings are currently 12th in the NHL). The Kings record 100 points in the 2013-14 season, again finishing third in the Pacific, and 10th in the league.

Few people had the Kings winning the cup that year, yet they still turned heads and brought home the sacred trophy. It makes everyone wonder, what if they can do the same thing this year? Anything is possible, of course. But truly, how close are the current Kings to the 2013-14 Kings?

Following, we have the defense. Unlike the offensive shot map, this one is considerably different from one another. The 2013-14 Kings were one of the most dominant defensive teams in the entire decade. This year’s Kings’ defensive system is ranked 9th in the NHL. That’s a bit of a difference.

While the 13-14 Kings never let anyone shoot in front of their own net, leaving the forwards from the other team to shoot more from the outside (which is the best possible outcome), this year’s Kings tend to have most of their shots come in right in front of the net. In fact, it’s quite an alarming number of shots in front.

They’ve done a fantastic job of covering their points and blocking shots up high, but opponents have had too many high danger chances. If the Kings want to have a chance against some of the stronger teams come playoff season, they need to tighten up in front of Calvin Petersen and Jonathan Quick.

Speaking of goaltending, here’s how the 2013-14 Kings goaltending lines up with the 2021-22 Kings netminders.

It’s practically inconceivable to compete against prime Jonathan Quick. Heck, there may never be another goalie in the LA Kings organization who will be better. While it’s hard to compare the split tandem of Petersen and 36-year-old Quick to the golden age of the Milford, CT native who led the LA Kings to the promised land, this is what the Kings are working with.

This year, the goaltenders have been a little less stable in the slot area of the defensive zone. Though, they’ve still managed to play it safe and come out with a solid save chart. Notably, they have managed to improve the right side of the shots, as they’ve completely shut down all issues in that small area at the right circle. This could very well be due to Petersen’s glove-side ability.

Next, here are the two RAPM charts for both teams.

While it may seem that the 13-14 Kings would prevail over today’s Kings, one thing that’s so eye-catching is how they look so similar.

Both teams look to have issues with finishing. They both are expected to score at a higher rate than they do. And both teams have a respectable defensive system, while each struggles to score on the powerplay. That said, the overall playing style and the analytical table feel very close to one another.

Finally, we have the entire lineup based on WAR (wins above replacement). WAR is used to measure a player’s value or rather his contribution to the team’s success.

Comparing the two teams’ rosters based on WAR, you can determine that 2014 is better. No real surprise there. But it is interesting to see how the grand total of WAR (forwards and defense, goaltending was not included), is only a 0.06 difference. With WAR, 0.1 is a bit of difference when we’re talking about weighted averages, but 0.06 is honestly not as far as the grand scheme suggests it to be.

Some illustrious juxtapositions between the two include their goaltending dominance and the defensive pairing success. The forward lines range a fair tad. The first lines don’t match whatsoever. This year’s team does have the upper hand with the second line and the fourth line, though. In 13-14, that fourth line was the analytical killer of the Kings. But in 2022, that trio has been very good.

While it is fun to dream that anything can happen with the LA Kings in the playoffs, it is important to remember that this is the first year out of a rebuild. If the Kings don’t go far into the playoffs, it’s not something we fans can be too upset about. Hopefully, this is just the beginning of a long stretch of success.

Can the Kings win the cup in 2021-22 as the underdogs as they have in years prior? Nobody is saying no because it could legitimately happen. With the striking similarities between the 2013-14 LA Kings and the 2021-22 version, maybe we really could see this team shock people in the Stanley Cup playoffs.