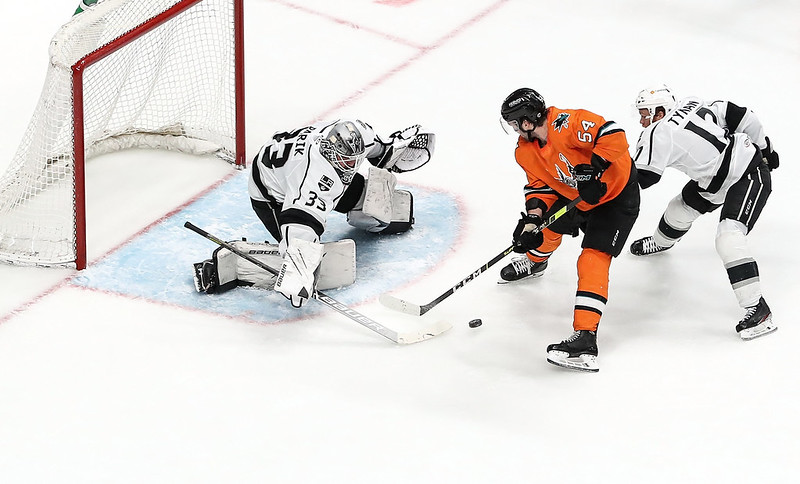 The Ontario Reign takes on the San Jose Barracuda in an early Wednesday morning start at the SAP Center.

Three things to watch for in today’s matchup:

1. Slow down the Barracuda powerplay

The weakest link of the Reign’s game this year has been the penalty kill. At times it has shown flashes of improvement, and at times it has looked bad. The Barracuda powerplay has been a thorn in the side of the Reign’s penalty kill in the five meetings between the two teams. The Ontario Reign penalty kill is 14-for-21 against the San Jose Barracuda powerplay on the season (66.7%) and gave up three powerplay goals in the last meeting on March 9th. With the playoffs right around the corner, the penalty kill for the Reign will need to be better and today would be a great day to start that.

For the last couple of weeks, Samuel Fagemo has been red hot for the Ontario Reign. The 22-year-old Swede has recorded points in 10 of his last 13 games (six goals and seven assists). With Martin Frk out because of injury the last two games, Fagemo has slid up to the first line with Tynan Taylor Ward and even saw time on the first powerplay unit. It’s not clear when Frk will be back in the lineup, but if he doesn’t play today or in the near future, then Fagemo will most likely continue to take his place on both the first line and first powerplay. Let’s see if Fagemo’s hot stretch continues today.

Very rarely do you get an early 10 am start time involving two West Coast teams, but we do today. This isn’t the first time the Reign and Barracuda have played a 10 am start time this season either. These two teams played a morning game back on January 26th which the Reign won 4-1. Just like January 26th, the Reign will need to get off to a good start. The Reign can’t afford to sleepwalk early on as the Barracuda are trying to cling to whatever playoff hopes they have left. Put them behind the eight ball early and never look back.

If you have the day off, pull up a chair and watch some morning Reign hockey. If you have to work, there is nothing wrong with multi-tasking (just don’t let your boss catch you!).

Get your coffee ready, scramble the eggs, and butter the toast because the puck drops at 10 am PT and can be seen on AHLTV.