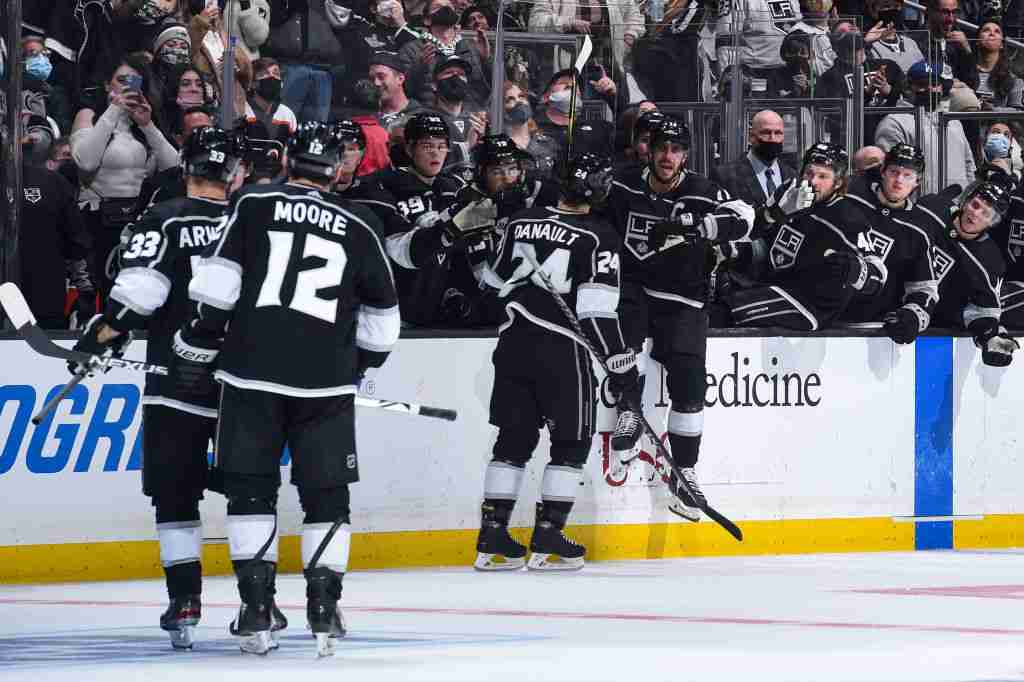 It still feels unreal that the LA Kings are second in the Pacific Division, considering the last few seasons have been painfully awful. While the rebuild may not be completely over, the results that we’re starting to see with the team feel like playoff contention is relatively close.

The expectation was that the Kings would use their young players to their advantage and find success through those young players, but it’s been the complete opposite this season.

The coaching staff has ultimately relied on the older players in most situations, and the reason that the LA Kings have been as good as they have been is due to their veteran players stepping up to the plate. Granted, there have been multiple players who are considered young stars who have taken their talents a step further, but most of the TOI is played in favor of the veterans.

That being said, it is nice to see the LA Kings start to redeem themselves for the years that they’ve struggled. Do they have a legitimate chance at the Stanley Cup? That may be a little too early to answer, but like previous seasons with the Kings, you never really know.

With just over 25 games remaining and the LA Kings in a playoff race, here are a few positives and negatives observed thus far.

Although 15-0-2 won’t seem impressive against teams that are below .500 point percentage, the more you think about it, the crazier it gets. Being undefeated in regulation against inferior teams isn’t necessarily revolutionary, but it’s something that stronger teams have previously struggled with.

The LA Kings haven’t lost a single game against a team that’s sub-.500 in regulation this entire season. It really shows how good the Kings are. Good teams beat bad teams, and that’s exactly what the Kings have been doing.

The teams they beat may not be that great, but that’s the perfect way to play and get points. If you beat the bad teams and get points in the midst of it, you’ll be able to gain momentum and have more confidence to beat the better teams in the league. That’s exactly what’s been happening with the Kings.

Gaining points and extra pushes in the standings against poor teams helps the team. It isn’t something to be ignored, but rather it should be celebrated. No matter the opponent, you need points and wins to make the playoffs. If the Kings continue to struggle against some of the more challenging competition in the league, they’ll need to keep beating the bad teams to make the postseason. At the moment, they’re on track to do so.

For Jonathan Quick, this has been a revival season. Coming back from three undeniably awful seasons, the veteran netminder has made a serious impact for the LA Kings this year and has stolen multiple games for them.

At the start of the season, Quick was considered one of the best goalies in the league. He made huge saves, carried the team to victory, and kept the team from falling apart. It was shocking to see, considering that he hasn’t been himself in the last three years. (.888, .904, and .898 save percentages). This year, he’s up to only .909, but he’s been one of the most clutch starters in the entire league.

Despite gaining confidence due to his hot start, Quick has recently succumbed to a few awful games. They haven’t been all bad, but it hasn’t been fully consistent, either.

By all means, the defensive corps has had its own flaws and has cost the team a few goals here and there, but for a team that’s attempting to make a serious run to the playoffs, this isn’t good enough.

Petersen can steal the show once in a while and make a huge save, just like this one:

But on the flip side, some awkward shots will go right past him, like the one below:

Anton Stralman's centering pass deflects in off the defender to give the Coyotes the early lead!#Yotes pic.twitter.com/l2jztNt1RD

Of course, every goalie will let in a wonky shot now and then, and it’s hard to blame goalies because like everyone else, they’re humans. But the general issue is that the goaltending has been inconsistent, and it has dragged down the team in a few games. If the Kings want to stay competitive, the goaltending needs to sharpen up really quickly.

Nobody thought the Kings would be second in the Pacific Division in March.

It's a tight race in the Pacific Division!

Who do you have finishing on top come season's end? 🤔 pic.twitter.com/GeQK2NHlRX

Despite losing two key games, the Kings managed to move up in the NHL’s power rankings.

At the start of the year, the LA Kings weren’t on pace or projected to go far.

They made improvements on offense and a little bit on defense, but those moves weren’t considered large enough to push the Kings into a legitimate playoff position.

In fact, most analytical models and creators were completely wrong in their estimates.

We're more or less at the 2/3 point in the '21-22 NHL season! Here's a look at how teams are performing relative to preseason projections along with a few charts evaluating the models involved. pic.twitter.com/s601d2C0fk

The LA Kings managed to take an awful start to the season, and turned things around. Not only did the Kings start to win more often, but they became competitive and far more entertaining to watch.

With every win and every little positive step forward, their playoff chances improved greatly, and the playoffs seem very realistic compared to some other teams in the Pacific Division.

The Athletic sees the Kings having just under a 60% chance of making the playoffs, but the last two losses have greatly impacted that number. If the Kings bounce back into shape, they’ll be back up to their season-best of roughly 73-74%.

Who would’ve guessed? Almost nobody. The Kings looked mild heading into the season, but they beat the odds and surprised everyone. If the Kings continue to play like a strong team, those odds to win in the playoffs will continue to increase, and you never know with the LA Kings in the playoffs, something great could be at their doorstep.

This one should’ve been obvious. The LA Kings’ powerplay has not been good this year in any shape or form. Even though there was a sprinkle of hope that the powerplay was getting better in the past week, it seemed to completely fall apart once again.

The Kings are 7th last (26th) in the NHL via powerplay conversion, with 16.76%. When teams like the Detroit Red Wings, the Buffalo Sabres, and the Chicago Blackhawks are better on the powerplay than you, that’s when it becomes a serious concern.

The Kings are usually expected to score on the powerplay via Evolving Hockey, but clearly, they rarely do. They outshoot their opponents and get great chances, but there is no scoring touch.

The salt in the wound is that LA has drawn the third most powerplays in the NHL, with 173. These opportunities are being wasted, and it’s dragging the team’s success down in the big picture.

This isn’t supposed to happen with playoff contending teams. There needs to be change on the powerplay, and it needs to happen soon. Whether it’s a new system, new players getting played, or even a new voice, this has to end soon.

The powerplay should be helping teams, but instead, it’s killing them.

The line that consists of Trevor Moore, Phillip Danault, and Viktor Arvidsson feels unstoppable. And that’s because it is.

Per Moneypuck, the MAD line is 5th in the NHL among all forward lines in xGoals for, with 18.8. That’s analytically better than Colorado’s first line, and Calgary’s first line.

They’ve been one of the most dominant analytical lines in the entire NHL, but they’ve also been visually pleasing, scoring goals like these on a regular basis:

Viktor Arvidsson with a wraparound goal 12 seconds in. 😳 pic.twitter.com/GF0rllb2aR

This line is one of the most entertaining and exciting lines that we’ve seen in recent LA Kings history.

Trevor Moore’s speed and grittiness align perfectly with Arvidsson’s scoring ability, edge work, and speed. Having Phil Danault as the defensive yet offensive striker with surprising scoring ability and a fantastic game sense puts the cherry on top. The success and the constant finishing ability this line has created are too good to get rid of.

This problem has tormented the Kings all season, and it still does as of now. The Kings have been winning many games, but they aren’t scoring as many goals as their shot volume would suggest.

You may say that the finishing is low because of the constant powerplay struggles, but the issue isn’t only there. The Kings can’t finish at even strength, either.

At 5 on 5, the Kings have managed to stay in the top-10 of all teams via goals against and expected goals for, which means that the team is getting countless golden opportunities to score. What hurts, is the fact that the Kings are ranked 32nd out of 32 teams in finishing.

There is no scoring touch whatsoever, and it’s been losing them games. The lack of scoring has stolen wins away from the team, and who knows where it may lead to next.

Most of the forwards on the team have better-than-average expected goals for at 5 on 5, but not a single player has gone over 3.5 on actual goals for at 5 on 5. The Kings can’t afford inconsistent goaltending and struggling finishing at the same time. It’s a recipe for disaster.

Even though the LA Kings haven’t been a perfect team this year, they’re still exiting the rebuild stage and there will inevitably be problems. With time, these issues will get fixed and we can really only stay hopeful.