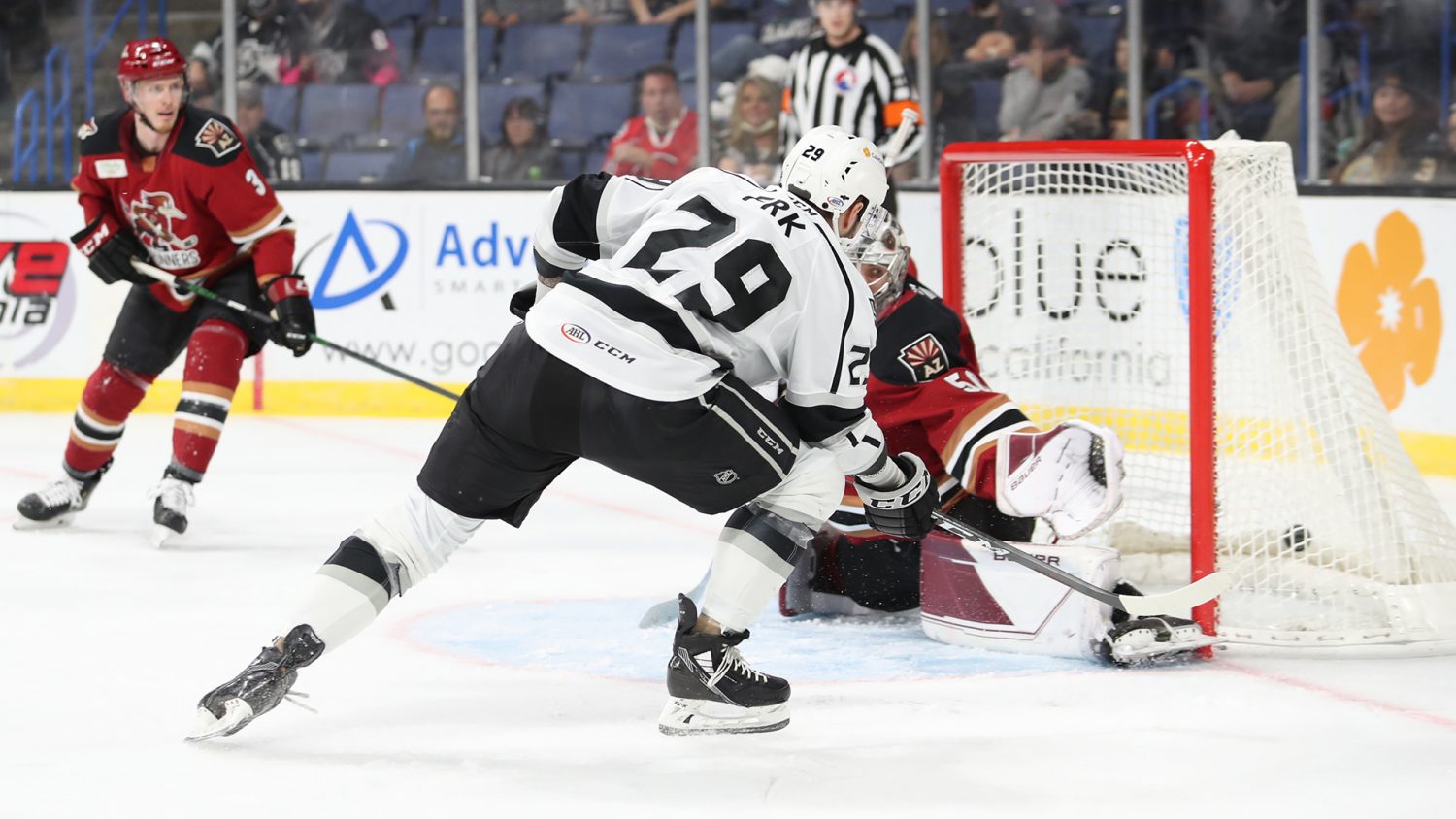 The Ontario Reign looks to take first place in the division in their matchup against Tucson Wednesday night.

1. First place up for grabs

It’s officially March, and scoreboard watching is now upon us. Tied with Stockton at 64 points, Ontario has an opportunity to claim first place in the Pacific Division at night’s end. With Stockton being idle tonight as well, the Ontario Reign can solely claim first place by earning at least one point in the standings but will be looking for a win instead.

Tucson is still one point behind the San Diego Gulls for the seventh and final playoff spot in the division. The Ontario Reign should expect the Tucson Roadrunners to give them their best effort and not to roll over and hand them a victory. Tonight is the eighth and final meeting between the two clubs, and both have something at stake going forward. Let’s see who achieves their goal tonight.

Both teams will have at least one lineup change for tonight’s matchup. Tucson’s forward Matias Maccelli just got the call-up to the Arizona Coyotes Monday and is expected to make his debut on Thursday. Even without Maccelli in the lineup, the Reign will still have their hands full with Jan Jenik, Michael Carcone, and Ben McCartney all having done damage against Ontario this season.

For Ontario, Jaret-Anderson Dolan just got recalled to the Los Angeles Kings yesterday as they get ready for their four-game road trip. On Sunday, Anderson-Dolan moved from the wing to the center position allowing Aidan Dudas to draw back into the lineup. Unfortunately, that meant Akil Thomas was the odd man out for Sunday’s matchup. With Anderson-Dolan now up with the Kings, we could see Akil Thomas slide back at center on the third line tonight.

Assistant coach Chris Hajt has the saying “start on time” in his postgame interviews when referencing the Reign getting off to good starts or not. Although they did split the two games in Tucson, the Reign got off to slow starts in both games. They were able to get better as the game went on but tonight the Reign will need to “start on time” if they want to claim first place in the division by tonight’s end. Luckily for the Reign, they are back on home ice where they have been successful at that all year long. Let’s see if they can continue it tonight.

The Puck drops at 7:00 pm PT at Toyota Arena and can be seen on AHLTV.